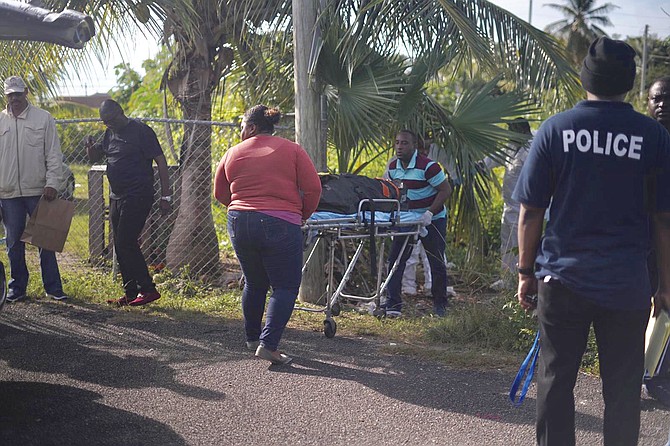 The body is removed from the scene in the Nassau Village area. Photo: Terrel W Carey Sr/Tribune staff

Daphne Major (left), the sister of the victim at the scene on Saturday morning.

Police are investigating after a woman was found dead in the Nassau Village area on Saturday morning.

According to reports, at around 7am, a man was walking on a track road between Lewis Street and Hope Gardens when he discovered the body. Police said foul play is suspected.

A relative speaking at the scene said the victim was her sister, Cleo Lockhart, a mother of six and Nassau Village resident.

At around 3am, police had responded to a report of gunshots in the area, but didn’t find anything or anyone.

Information that can assist the investigation can be given to the Central Detective Unit at 502-9991/2 or the Crime Stoppers hotline at 328-TIPS (8477).