Video: Inside The New World Of Port Nassau 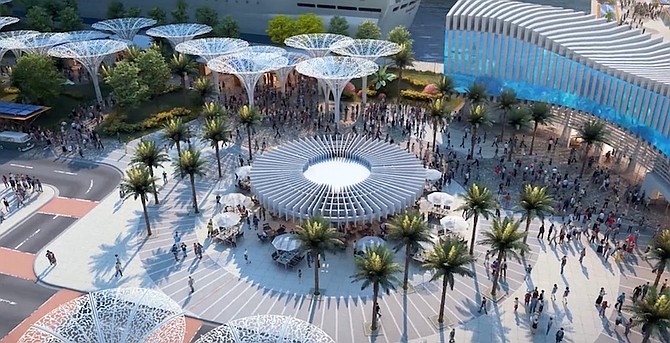 How the port will look.

GLOBAL Ports Holding’s goal for Prince George Wharf is to transform the area into a “state-of-the-art port and waterfront destination” that will feature a Junkanoo museum, open air amphitheatre, and laser light shows.

Of the decision, Bahamas Institute of Chartered Accountants president Gowon Bowe said yesterday private management is “certainly a positive” thing, noting the Lynden Pindling International Airport is a “successful model” of what can occur when the right team is deployed to “run an effective” transportation port.

“This project marks the beginning of a new Bahamian success story,”  Mehmet Kutman, chairman of Global Ports Holding said in a press release.

“We have a shared mission – to turn the port and downtown Nassau into a popular, world-class waterfront destination for visitors and Bahamians to enjoy,” he continued, underscoring the importance of Bahamians benefiting from the cruise industry.

The video depicts a modern and technologically advanced gorgeous vision of the area, which has been dubbed “Port Nassau” and “a cruise destination unlike any other.”

“From the moment (visitors) arrive they will experience bright, unique, and modern design…and a fantastic modern waterfront to rival any, anywhere,” the video states.

“Large, LED digital signage promoting the Bahamas and all it has to offer. Wonderful, open, upscale restaurants. It will have unique architectural features that will make Port Nassau iconic as a cruise destination.”

Kiosks will be created for current vendors while a Junkanoo museum will be established “that can showcase the history and culture of The Bahamas with its own multimedia show,” it was noted.

Another feature will be a large open air amphitheatre which will feature local and international activities, concerts, and shows, all of which “will create special incentives for the cruise lines to stay in port longer.”

A tram service also will be included that will improve the trip into and out of the port.

“Nighttime is a special time at Port Nassau with laser light shows, illuminated structures, walkways, activities, and will be something passengers will not want to miss and cruise ships will want to offer,” the video continues.

The video also highlights the intended impact the port will have on Bay Street.

“Bay Street itself will be revitalised, with new lighting, landscaping, and monumental structures linking Bay Street to its waterfront and will be part of an enhanced port design,” it says.

Laverne Crawley, VP of the Straw Business Persons Society noted this will allow for stores downtown to be open “until even if it’s midnight.”

“I think that’s exciting and that can do more for the economic development of our country,” she said.

While Mr Bowe described the video as a public relations effort, he underscored the technical work which was done.

“I think ultimately we know that there was an actual request for proposals with several responses coming in,” Mr Bowe said. “And looking at the press release by the minister, it appears that what they have done is considered the technical capabilities as well as financial aspects of the project and sought to engage the most attractive along those two lines.

“I think when we look at the actual cruise port in its current form and shape, we know that there’s not a choice but to effectively advance its development and effectively bring a tourism product that is worthy of what we call the Bahamas as it was once known.

“And so from that perspective, looking towards private management is certainly a positive because we’ve seen challenges in areas where government, which is really not tasked or skilled to manage…most enterprises of the like, certainly will be a benefit to the actual cruise port.

“And when we look at the airport, in terms of the Lynden Pindling International Airport, there’s already a successful model and depiction of what can take place when the right skills and team is deployed to actually run an effective transportation port.”

Mr Bowe also said it will be important to understand the basis upon which negotiations are taking place.

“There was mention of 25-year concessions, and we would want or wish to know if this is a management contract, why would there be the need for concessions or what are the nature of concessions effectively if the port remains owned by the government of the Bahamas and ultimately the people of the Bahamas (then) any concessions as it relates to capital acquisition and purchases would remain with the actual government and the people.”

Mr Bowe also called for the government to “mediate” the standoff between the cruise lines and cruise port operators.

“Because ultimately both are key stakeholders that are going to be necessary to the successful progress or the successful implementation of this new port design. And from that perspective you can’t have two of the principle players at odds (and) there needs to be very clear rules of engagement.

“Certainly, one is the buyer, one is the seller, and from that perspective it needs to be just clear that there is no anti-competitive behaviour or use of power and might to try and force a particular outcome where those two parties are concerned.”

These people must really think Bahamians is fools to believe that ANYONE is going to make any part of downtown Nassau look like that?

Oh ye of little faith. Why do you doubt.

It's more than possible. And i dont believe that's on bay street proper, it may be on the wharf side

Why would someone go through all this trouble? Please stop reaching!

Maybe the Pointe can take notes and redesign the oversized strip mall they put on Bay Street. Who approved that thing????

A total lack of a Bahamian flavor

This is the dumbest comment ever. They plan to put in a Junkanoo museum. No use in making beautiful costumes to be thrown away. We will finally be able to showcase our work all year round. The vendors who are currently there will stay. Bahamian entertainers will perform at the venue. They are even talking about hosting regular Junkanoo performances at the port. Stop bashing for bashing sake. Better yet read instead of looking at pictures like a child!

**Is the Government going to make downtown Bay Street pedestrian-only??????

Is the Government going to flatten the downtown ghetto east of East Street?????

Is the Government going to create an independent City of Nassau municipality???????

Is the Government going to create a new Nassau Central Government Complex for Parliament, Cabinet and PM Home & Office?????????**