Insight: Government Would Prefer To Stand In An Echo Chamber Rather Than See Our Democracy Evolve 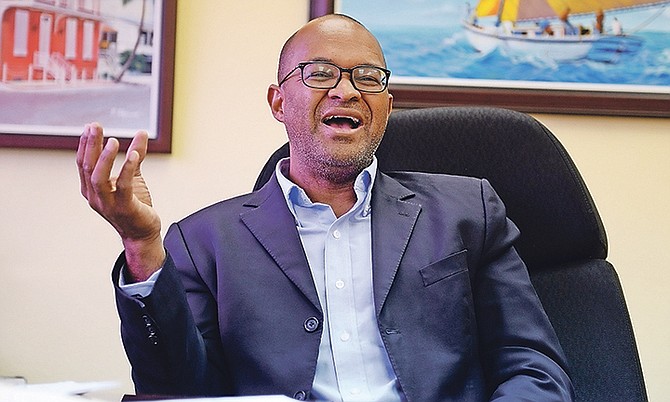 Reece Chipman resigned from the Public Accounts Committee earning, I suspect, a standing ovation from the populace.

MUCH of what happens in Parliament is an embarrassment and a disappointment. Witnessing a group of men and women who seem more awestruck with themselves - high off the opportunity to sit in Parliament rather than filled with a spirit of duty and service, hamstringing any potential of our democracy evolving.

It is like watching professional wrestling where individuals really don’t mean each other harm, pointlessly arguing to the cheering – or in this case, banging on tables – of the crowd. It is no wonder someone had enough of it and decided it doesn’t make sense.

This past week, Member of Parliament for Centreville Reece Chipman resigned from the Public Accounts Committee earning, I suspect, a standing ovation from the populace.

His resignation was symbolic of that moment when you have to stop and ask, where is the sense in what we are doing? Citing the Public Accounts Committee’s being “functionless” as the primary reason for stepping down speaks to the outright bastardisation of the Westminster system – a system we so often blame for our shortcomings as a democratic nation.

However, Chipman’s obvious frustration reaching a boiling point may indicate something else. Rather than blaming the system, perhaps we ought to wonder how we have failed the system and how it should be applied for our greater good. If we are able to remove the political scales from our eyes, surely we will see we have failed ourselves.

In his letter, Chipman wrote: “My resignation serves as a signal to the next generation that the House of Assembly is the biggest issue in Bahamian politics and, unless we fix it as soon as possible, we lose you to an unjust, unfair oligarchy that will continue to reign over a nation, a Bahamas of imbedded have nots and that has very serious implications and that I cannot appreciate.”

As profound a statement as that was, what is most true is that the oligarchy continues to silence dissenting views, often ostracising those critical of the status quo. Chipman, along with the other three members of the unofficially grouped “Rebel Four”, would have learned this the hard way at some point when offering views opposed to a Cabinet initiative.

And here we are again, Chipman, “the kingslayer”, while his issues are not lacking in merit, he may have been better off saying it to a brick wall, as even Speaker of the House Halson Moultrie refused to table Chipman’s resignation letter in Parliament.

Certainly, if the majority were not hungover from being power drunk, the reading of Chipman’s letter could have been an instructive moment. However, no such luck.

Opposition Leader and Public Accounts Committee chairman Phillip “Brave” Davis defended the PAC, downplaying its impotence, instead characterising it as being “adrift”. Of course, he placed the blame on the government, claiming the PAC had been stifled and had nothing to work with.

But Davis, a former Deputy Prime Minister, would recall the former House Speaker Dr Kendal Major telling the PAC to “stay its hand” – instructing them to refrain from pursuing an investigation into the Auditor General’s report on the Urban Renewal Programme – an act the former PAC chairman Hubert Chipman said “castrated” the committee.

Both parties can’t get past blaming one another on why the PAC doesn’t work effectively.

Instead, they find it more sensible to argue whose fault something is rather than fixing it so our democracy can be better for all. Moreover, it seems each government uses the system to serve whatever their agenda is, which goes right back to the central issue of confusion about who the government belongs to – the people of The Bahamas.

Our motivation should be to ensure government can be continuous – in that it evolves and is better for the next individuals occupying those seats. This may perhaps be one of the greatest setbacks of having career politicians.

It impedes our progress and stifles our development as a nation.

Alarmingly, no reports were completed by any of the committees in Parliament and somehow this is okay. Meanwhile, other jurisdictions under the Westminster system are constantly learning from one another’s ways to ensure their democracies continue to strive to improve for the next generation.

Unfortunately, it becomes more and more evident that our forebears may have taken the training wheels off too early as, with empowerment, sometimes arrogance also takes root. This much seems to be true, as one can hardly offer a critique without government becoming too sensitive, and in some cases, targeting individuals for their views.

Hopefully, some of us will live long enough so that one day we will be able to see this very important, but underestimated principle of leadership becomes embedded into the core of our national democracy.

And not even a peep out of the dimwitted doc's mouth about this most serious matter of a non-functioning and impotent PAC. Normally he would at least tell Ace to get out there and say something, do something, say anything. LMAO

Most disappointing PM ever. He's not even trying to be the PM he promised to be on the campaign trail. No Fs given.

The Bahamas should get a British Commonwealth condemnation for bastardizing Westminster.

Our local Parliament & Executive operate totally opposite to what it brags to have copied in 1964.