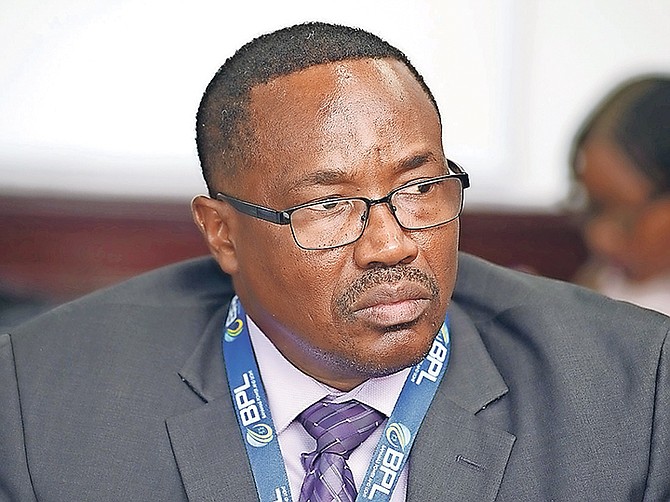 Dr Donovan Moxey told Tribune Business that Bimini, Eleuthera, Andros and Inagua were chosen because of their projected increase in energy demand, adding that the results obtained from this first phase will determine “the best way to scale the implementation of solar in the Out Islands”.

Speaking as BPL launched the bidding process seeking offers from independent power producers (IPPs) to construct solar or hybrid plants on these islands, Dr Moxey said: “There’s a couple of things we wanted to do.

“We have 17 to 18 islands that we want to put renewable energy in, so we want to make sure we move this process forward in a very structured manner. These four islands need some additional generation in the short-term. Given the load growth curves for these islands, we looked at the fact they need more generation sooner rather than later.”

The request for proposal (RFP), launched with BPL’s partner, the Rocky Mountain Institute, a body focused on the development of sustainable, efficient energy, calls for bids on constructing either a hybrid power plant or solar photovoltaic (PV) facility with energy storage plant.

Bidders’ proposals must offer a complete solution in terms of developing, financing, owning and operating the plant. Dr Moxey pledged that BPL will be “very methodical and analytical with these four, with respect to what we learn, and how we implement it with a view to finding the best way to scale the implementation of solar in the Out Islands”.

He was unable to provide any figures for how much investment will be required for each island and plant, or the amount of power that will be generated, although the latter will be in the megawatts (MW). Ragged Island, which will be the first solar project to go live this November, will only be able to generate kilowatts.

“We have to see how this works through,” Dr Moxey added. “Each of these islands have different targeted loads calculated by our planning team. This is the implementation of solar, and this RFP will allow us to learn a lot about how to do this in the islands of The Bahamas.

“This will contribute to a reduction in overall operating costs in terms of operating on these islands. We will have the ability to minimise fuel consumption and wear and tear on our assets, so there’s separate benefits to this.”

BPL’s chairman added that the four-island solar energy bidding process was also “a first step” towards the state-owned utility achieving the National Energy Policy’s goal of generating 30 percent of this nation’s energy needs from renewable sources by 2030.

The move will also help BPL to reduce its environmental and carbon footprint by resulting in lower fossil fuel use, and aligns with efforts to move the energy monopoly out of the power generation business as it is doing on New Providence via the proposed Shell-owned multi-fuel power plant.

“In the Family Islands we will have to look at that on a case-by-case basis,” Dr Moxey told Tribune Business, “and what we’re doing with this RFP will help us collect data to make additional decisions on that.

“A lot of what we do is going to be driven by results we get from this RFP and islands, as well as funding. I don’t have any answers on those right now.”

Dr Moxey said the $170m renewable energy financing referred to in the 2019-2020 Budget was “part of the discussion around” financing the solar roll-out, but no details had been pinned down yet.

Dr. Moxey should hang his head in shame. him and his FNM Government, can they do any worse.?? I hope not.

Are they really renting this equipment, Paying all of that money to install equipment that does not belong to BPL. It will be very interesting to know. to whom all of this money is going.

In the main time the "Uncle Toms: spin.

Then we can overcharge and under deliver for the Bahamian ppl again.

Keep BEC away from solar!

Incompetent herd of jackass's on both sides should ALL be jailed for conspiracy to defraud, blackmail, and monopolizing the electorate!

Whenever you hear the word 'solar' think heavily padded sweet heart mega million dollar deal that Minnis and certain of his cronies have cut with enterprises controlled by the communist regime of Red China. Yep, Red China decided to catch a big greedy Bahamian fish with their 'solar' hook and Minnis was only too quick to take the bait. That big greedy fish is now in the process of being reeled in by Red China's government because they know that their 'solar' hook is now well lodged in Minnis's mouth.