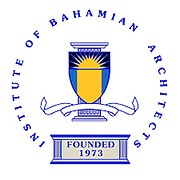 Architects have warned the government it is “losing millions of dollars” annually in VAT and other taxes through “unscrupulous” practices by consultants working on construction projects.

The Institute of Bahamian Architects (IBA), in a February 2019 report submitted to the Ministry of Finance, said the Public Treasury as well as local professionals were not getting their due share because much of the work - especially on large-scale foreign direct investment (FDI) projects - was being performed offshore.

The presentation, which has been seen by Tribune Business, argued that this was being aided by “unscrupulous licensed” Bahamian professionals who merely “stamped” plans and drawings locally - something that the IBA argued was a breach of the Professional Architects Act.

“The Bahamas government loses millions of dollars from architectural and related consultancies on projects every year,” the IBA told the Ministry of Finance.

“Foreign/non-Bahamian licensed architects do majority of high-end projects in The Bahamas. This is despite the fact that none of these projects are beyond the abilities/scope of Bahamian architects.

“The majority of Bahamian architects have been educated/trained in the US/Canada/UK like most of the foreign architects who illegally practice here. It is facilitated by unscrupulous licensed Bahamian architects (illegally stamping) and the Building Control Department in contravention of the Professional Architects Act.”

The IBA presentation argued that this resulted in “significant tax and VAT losses to the government”. Pointing to the areas of leakage, it said business licence and VAT revenues were lost as the majority of the work and associated fees were performed by foreign architects based outside The Bahamas.

And only “small fees” were earned by Bahamian architects who merely stamped documents, which the IBA argued further reduced tax payments to the Public Treasury.

Citing Ocean Club Estates on Paradise Island as an example to illustrate the potential revenue losses and leakages to the Ministry of Finance, the IBA said architects’ fees were typically ten percent of the construction costs. On a $5m home these would be $500,000, with the associated VAT payment standing at $62,500.

While there is no evidence that any of the “unscrupulous” practices cited by the institute have occurred with any Ocean Club Estates home construction, its example added: “On average there are approximately five residences built every year in Ocean Club, which would result in VAT revenue of $312,500.

“If the whole Bahamas is taken into consideration, including the private islands and numerous high-end communities it can be seen that a significant portion of VAT is (potentially) lost” on architects fees alone. The IBA said its figures did not take into account other professional consultants normally associated with such projects.

Gustavus Ferguson, the IBA’s president, told Tribune Business that the Institute had wanted to show K P Turnquest, deputy prime minister and minister of finance, the “many ways” in which it believed the government was losing significant revenue associated with professional consultancy fees on multi-million development projects.

“We gave him [Mr Turnquest] many different scenarios as to what’s happening now. We gave him estimates for revenue loss. All of that we presented to the Ministry of Finance.”

The IBA’s presentation called for an electronic “tamper proof” link to be established between the Department of Inland Revenue and the Building Control Department to give the former access to the building permit application process and project cost information.

“The Bahamas government must insist that projects that they are aware of properly engage Bahamian architects/consultants,” it added. Mr Ferguson, though, acknowledged that the IBA’s proposed solution would require close co-operation between the Ministry of Finance and Ministry of Works to be effective.

“He [Mr Turnquest] will not be able to collect his revenue if these other things have not changed,” Mr Ferguson said. “There’s a lot of revenue being lost, but this is one area where an extensive amount is being lost. To try and get a percentage of that he will have to sit with the minister of works and convince him of these changes.’

The IBA presentation also reiterated that the Government was losing revenue due to the lengthy building permit process, which delayed construction projects that injected significant revenues into the economy through the extra employment and spend they generated.

Delays, the Institute added, resulted in reduced permit fees; loss of VAT on architectural and consultancy fees, insurance and construction materials purchases; and reduced National Insurance Board (NIB) contributions from the loss of employment.

Comparing The Bahamas to its regional rivals, the IBA presentation said: “It takes 180 days on average to get a permit (most architects feel this is inaccurate – days are closer to 200 days on average).

“According to the World Bank’s Ease of Doing Business, the days it takes to obtain a permit in Jamaica is 141, in Antigua is 135, in St. Kitts is 105. The Cayman Islands, not covered in the the report, takes approximately 40 days and Turks and Caicos takes approximately 100 days.”

If the work is done offshore, no taxes are due.

Architecture is a little more than just have by a ticket.

A famous high end architect is just that, and not because he/she “has a ticket”.

It is an insult to the entire profession to suggest that because you were educated in the same country, you can offer the same service.

If it were that simple, each country would just listed to its own music, look at local art, and based on these stories, the music and art would be identical to what’s produced in every other nation.

Guess we all know why someone chooses a foreign architect.

A lot of I.T. work isn't done locally either... because they don't need to be here to do it... much like (but not exactly like) Architecture. Hell the authorities have a hard enough time keeping track of industries that are supposed to be Bahamian only and are actually performed/fulfilled locally.

Stop being so protectionist... Focus on competing!