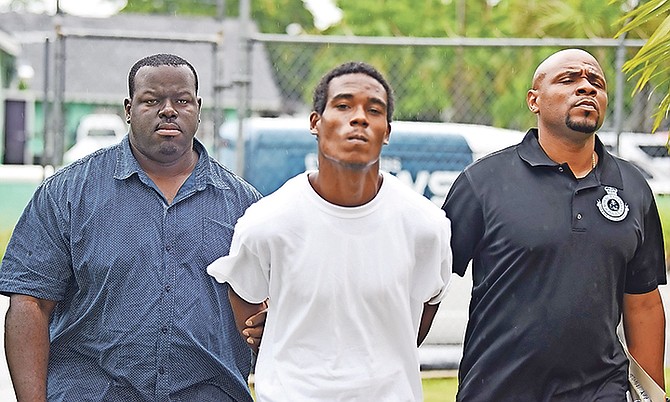 A 24-year-old man recently acquitted of attempting to murder a police officer in 2016 was charged yesterday with trying to kill a woman two months ago.

But despite the allegation, police did not have Young listed as one of the witnesses—much less the complainant—on the charge sheet, as noted by Wilson’s attorney David Cash.

As a result, Chief Magistrate Ferguson-Pratt noted that if the complainant is not listed on the charge sheet, the offence is “clearly” not made out.

“How could you charge a man with attempted murder, and the virtual complainant is not listed? Come on!” the chief magistrate asked. The police prosecutor, Woman Corporal Samantha Miah, told the court officers at Central Detective Unit (CDU) admitted the omission of Young’s name as the complainant was a “grave” oversight, and that they would rectify the issue.

However, Mr Cash noted Young’s name should have been the first name printed on the document.

Additionally, Mr Cash told the court that at the time of the alleged incident, Wilson was wearing an ankle bracelet as part of his bail conditions for his trial over the alleged attempted murder of Detective Constable 3569 Kendrick Brown on June 10, 2016.

Mr Cash told The Tribune that Wilson was acquitted at the no-case submission stage by Justice Gregory Hilton in May.

To that end, Mr Cash submitted his observation that no representative of Migrafill Security Company, which owns the ankle bracelet Wilson was wearing, is listed as a witness, despite the company likely being able to provide a report outlining Wilson’s whereabouts on the date in question.

The chief magistrate noted Mr Cash’s concerns, and adjourned the matter to September 4 for service of a voluntary bill of indictment (VBI). Bail was denied and he was ordered to be remanded to the Bahamas Department of Correctional Services (BDCS) in the interim.

However, Mr Cash told the court he intends to apply to the Supreme Court for bail for his client.

According to initial reports, shortly after 7am, on the date in question, Young was standing at the rear of a vehicle in front of her home on Boatswain Hill, when she was approached by two males armed with a firearm. The men, one of whom is alleged to be Wilson, opened fire in her direction, wounding her, before fleeing the scene in a silver Honda vehicle. Young was transported to hospital where she was listed in critical but stable condition.