Mccartney Calls For Citizenship At Birth 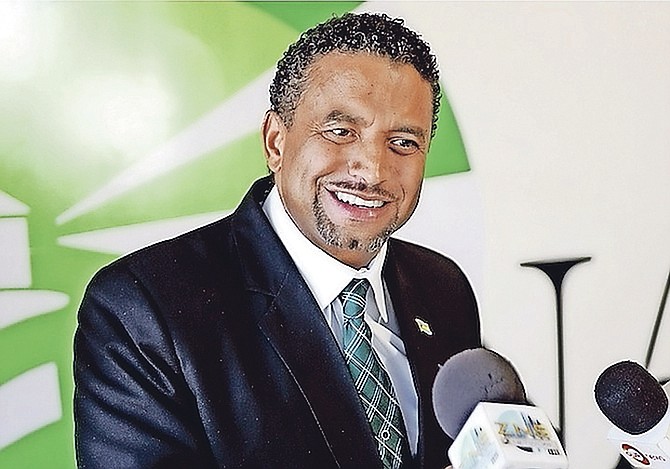 FORMER Minister of State for Immigration Branville McCartney has suggested children born to foreign parents should be allowed to apply for citizenship at birth as a solution to the country’s immigration challenges.

Mr McCartney also said the constitutional entitlement to citizenship for this group was mandatory, and not restricted to simply a right to apply for consideration.

Both the sitting government and the previous administration have firmly disputed this interpretation, with successive immigration ministers insisting the constitution only provides the right to apply, not to be granted citizenship, for people born in the Bahamas to non-Bahamian parents.

The application is subject to exceptions or qualifications set out in public policy or interests of national security, and an applicant must first renounce his citizenship of any other country - if applicable - before being registered.

Earlier this week, Mr McCartney said: “The article in the constitution is mandatory, the word shall is mandatory, it doesn’t say may. However, it’s only mandatory based on the prerequisite - an application, you have to apply and a lot of the circumstances that we have today, many persons have not applied on their 18th birthday or within 12 months during that period. And that causes a number of concerns, you have to apply. If you don’t apply how do you get your citizenship.”

Mr McCartney was discussing challenges related to statelessness in the context of the country’s constitution and immigration laws as a guest on the talk show “Paradigm Shift” with Michelle Malcolm. Ms Malcolm, under the theme “Stateless by Design”, hosted a broad discussion on contributing factors to longstanding immigration challenges that ranged from the large number of people living in the country without documentation and the business of illegal immigration.

For his part, Mr Johnson underscored the chaos surrounding immigration has generated a multi-billion dollar economy that required astute leadership to effect change.

Mr McCartney continued: “You make the application and it goes to Cabinet and the Cabinet will make a decision. Now once Cabinet is satisfied that the application is legitimate, then really they are directed to give citizenship. My understanding though, my feelings when I was there was that if these criteria apply when you’re 18, then they ought to apply at birth - what’s the difference?

“That would solve a lot of problems you have today because you have a number of people…they have this right. So if you are born here after 1973, you have a right to citizenship at the age of 18 once you make the application - that’s how it works.

The former Bamboo Town MP reiterated his position on opening up the country to foreign business, but noted the country had still not strengthened laws to protect the country’s borders and discourage people from entering illegally and exploiting the country’s laws.

The panel did not discuss the draft Nationality, Immigration and Asylum Bill, 2018.

It is a good call, only as long as they can be educated by true united family.

This ia a clarion call by McCartney to double the size of the Bahamian population almost over night by granting citizenship to the many thousands of children born in the Bahamas to illegal Haitian and Jamaican aliens. McCartney is apparently agitating for massive flotillas of pregnant Haitian and Jamaican women to head to the Bahamas to have their children. McCartney has about as much sense as many of the other buffoonish politicians sitting in our parliement today. None of them give two hoots about the Bahamian people....they only care about the illegal aliens and foreign investors. What a sad and pathetic situation for most Bahamians.

Like our elected officials, McCartney steadfastly refuses to accept the fact that unemployment rates across many of our younger age groups (especially among men) is about 20% and that nearly 40% of our country's total popuation is now living at or below the poverty level as defined for the Bahamas by most global agencies, including the U.N.

So on top of the never ending illegal immigrant problem he is calling for a birth tourism problem and a useless passport problem? Only a few countries practice citizenship at birth and only two are first world countries. Way to think backwards! If this is the way his mind works, his interpretation of the law cannot be trusted. If they have an undeniable right to citizenship, then they would be required to register as citizens during the one year window, not apply to become citizens. The only thing that needs to happen at birth is that the foreign parents need to get their children registered at their embassy and at the registrars office.

"A person born in the Bahamas after 9th July 1973 neither of whose parents is a citizen of the Bahamas shall be entitled,"

They could by no stretch of the imagination have meant this to apply to persons born to parents here illegally.

He got tied in with a migrant, & now want to change the Bahamas Laws to suit his wife's people. NOT A DAY LIKE IT.

The Bahamas will be back rampant with poverty, & these people come here to work for chicken feed. The Bahamian Bar of in the work environment has to be raised not DMX valued.