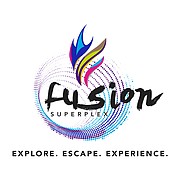 The $42m Fusion Superplex complex yesterday said it has suffered a “significant blow” from constant power woes that have left it without a back-up generator to cope with BPL’s latest outages.

The IMAX-centred entertainment destination said that having to use its generator every single night since it opened last year had resulted in its failure on Sunday, leaving the company and its 400 employees at the mercy of Bahamas Power & Light’s (BPL) current round of load shedding.

Nikolette Elden, the Fusion Superplex’s chief marketing officer, told Tribune Business that the company’s nine-cinema complex had been forced to cancel all its shows last night due to a power crisis stemming from a regularly-occurring “serious surge” that had forced it to over-use its generator.

Dr Donovan Moxey, BPL’s chairman, could not be contacted before press time. However, Paul Maynard, the Bahamas Electrical Workers Union’s (BEWU) president, blamed the issue on BPL’s need to increase the power supply to the Fusion Superplex complex that sits at the junction of JFK Drive and Gladstone Road.

He said: “We are trying to aggressively deal with the issue. They aren’t getting enough power there. We need to run a bigger cable. We are definitely dealing with that.”

Ms Eldon, meanwhile, told this newspaper: “We were significantly impacted by BPL on Sunday. It was crazy what we went through. When people came seeking refuge [from the latest outages] we had to turn them away.”

The Fusion Superplex, in a notice on its Facebook page on Sunday, advised customers that it was not closed but had been forced to cancel a number of show times. It added that due to the numerous power outages it was “unable to operate at maximum capacity”.

Ms Eldon told Tribune Business yesterday: “We cancelled all of our shows for Monday night. There is a serious surge in this area, and every single night since we have opened we have had to switch to our generator. It wasn’t designed to run constantly, and on Sunday it failed. Our back-up is now gone and we we have been told there are more scheduled power cuts.”

She added that efforts to reach out to BPL and the Government to address the issue have yet to prove successful, and said: “We have 400 Bahamians employed. We have nine theatres. We’re losing revenue because of this.

“This is very unfair to suffer this kind of loss and now we have to send people home. This is a very big operation. This is no rinky dink operation. We are going to have to secure a rental generator until we can get ours repaired. This is really a significant blow.”

Targeted at all age ranges and tastes, the Fusion Superplex includes two restaurants; nine cinemas, including IMAX, 4DX, XS3 and PURE VIP theatre; an indoor supervised children’s play zone; a two-level arcade; a Starbucks coffee lounge; and Sub-Zero ice cream that is made from liquid nitrogen.

The only business that would be sure to succeed in the Bahamas these days is a candle shop.

What wrong with you. ROTFL.

Our PM and the Minister responsible for BPL have gone mute on this matter. Wait and see how many will be making noise in the press if the new generators are ever installed and rectify the problem. The din will be deafening. They all have generators anyway so maybe they don't know about the power outages. But now that big business is making noise maybe someone will notice. Aggreko has been renting generators to us for years and had they been notified could have had sufficient backup power here months ago. They know the island and the grid. The hold up was authority from the powers that be. Fusion, I hope that your equipment has not been damaged like the multitude of household appliances of poor people have.

Been working on engines most of my life, never heard of over using a diesel..... Or a gas engine....

Something tells me BPL is going to get a huge claim from these people....

Youre probably right. Paul Maynard talks about needing to run a bigger cable...so some power supply anomalies must exist. Will be interesting to see who eventially wins the who approved the wrong size cable in the first place issue

I'm not an expert but I find it hard to see a too small cable causing power surges. Seems to me it'd be just the opposite....

Dimwitted Minnis and his merry bunch of clowns (cabinet ministers) are driving all local business owners out of business.

Mr. Maynard said: “We are trying to aggressively deal with the issue. They aren’t getting enough power there. We need to run a bigger cable. We are definitely dealing with that.”

The 5 "p"s. Proper Planning Prevents Poor Performance. Determining electrical needs is basic math. No, you are not "definitely dealing with that." Dealing with that entails proper planning, which clearly wasn't done. This is a national story in more ways than one.

It should be mandatory for hotels and buildings like the Fusion Superplex supply their own solar power instalations as they draw a huge amount of power which would be better used as available to remaining customers. Anyone who can should solarise their home or business and use the Electric company as a backup source only.

Sounds great, but i know of some businesses that are still waiting on URCA to say yes they can do this. After applying more then a year ago and meeting all the criteria . Government does not want those that pay their bills on time to go solar as they know they will then really have issues.

Many (with my absolute approval) will go ahead and solarise anyway. Any building with a rooftop capable of supporting these systems should do it, and when enough is done that this, the last or any government cannot possibly take action, then common sense will have regained control.