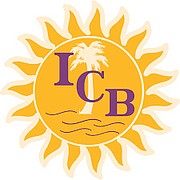 Bahamian insurers were yesterday said to be “very close” to resolving their value-added tax (VAT) dispute with the government that has been “hanging over” the sector for the past year.

Tom Duff, Insurance Company of The Bahamas (ICB) general manager, told Tribune Business that property and casualty insurers were eager “to get this behind us” with a settlement possibly occurring within the next fortnight.

He added that the tax-related uncertainty was “never good” for business, with ICB’s 2018 audited financial statements revealing it had been forced to take a $378,802 provision to cover potential VAT liabilities stemming from the dispute.

This contingency impacted 2018 profitability at ICB, the affiliate through which BISX-listed JS Johnson places much of its insurance business, by playing a major role in reducing a $2.155m underwriting profit to net income of $1.729m.

Mr Duff, though, voiced optimism that the property and casualty industry’s “locking of horns” with the Minnis administration would soon end as a result of the “compromise position” the sector and government were preparing to accept.

While providing no specifics on the proposed resolution, the ICB chief disclosed that the quarrel stemmed from whether general insurance underwriters could recover VAT on all or only some claims that were settled on a cash basis.

While the insurance industry felt it had achieved “a clear understanding” with the former Christie administration that VAT was recoverable on all such claims, its successor adopted the position that this was only the case where the insured client was a VAT registrant - meaning a business with a turnover greater than $100,000 per annum.

As a result, Bahamian property and casualty insurers were faced with being unable to recover “the VAT portion” of any Hurricane Matthew-related claims paid out to residential homeowners and other non-VAT registrants. Given the $400m in insured damage inflicted by that storm, this left the industry facing a massive, unexpected multi-million dollar financial burden.

Confirming that ICB’s “tax assessment provision” related to the wider sector’s dispute, Mr Duff told Tribune Business: “The industry is almost in a position where it can reach an agreement with the Department of Inland Revenue (DIR) with regard to this dispute on VAT.

“We’ve made the provision in anticipation of having to make certain corrections on the basis that this agreement is actually finalised, which I expect it to be in a week or two. The counter-balance is the amount reinsurers will have to contribute to any adjustment.”

Mr Duff explained that the “contribution” by ICB’s reinsurers would virtually cover, or net-off, most of the $378,802 provision that was booked in its 2018 accounts, mean the property and casualty underwriter will suffer minimal financial impact.

This is backed by the notes to ICB’s 2018 financial statements, which confirm the carrier is “exposed to a contingent liability” as a result of the VAT dispute. “In the opinion of our legal counsel, it is more likely than not that the dispute will be resolved and, if not, that we have a strong arguable case,” the financial statements added.

“Moreover, management of the company is confident that if legal efforts were unsuccessful the amounts in question would be recoverable under our reinsurance treaties, and does not anticipate any costs, including any legal expenses that might be incurred in resolving this matter, will materially affect the position of the company further than those disclosed.

“The most likely outcome has been recorded in the statement as a provision for tax assessment of $378,802, and an offsetting reinsurance recoverable of $318,564 as a reduction to net claims incurred.”

Explaining what had caused the battle between industry and the Government, Mr Duff told Tribune Business: “The basis of the dispute was the rules by which the insurers could recover VAT on claims payments.

“The industry had a clear understanding from the previous [Christie] administration that insurance companies could recover the VAT portion of any claims paid on a cash settlement. The new administration, and director of the Department of Inland Revenue (DIR), took the view that was not quite the case, and VAT was only recoverable where the insured was a VAT registrant.

“The industry had a very clear and unanimous understanding of the position based on the representations by the previous administration,” the ICB chief continued. “We’d operated on that basis for a number of years, and it was only when Keith Worrell was appointed as a consultant [at the DIR] that he looked deeper into the legislation.

“He deemed that the industry was collecting VAT or requesting credits based on an incorrect interpretation. For the last year the industry and government/DIR have been locking horns on this issue, but now we’re very close to having that resolved.

“We’ve more or less agreed, and hopefully are about to settle the way forward with the Government. It’s a compromise position we’re about to accept, and it looks like we’re almost there. In anticipation of the deal being signed off we’ve made a provision for the estimated correction we have to make for the change going forward.”

Expressing relief that settlement was in sight, Mr Duff said: “I think the whole industry will be very glad to put this thing to bed. It’s been hanging over us for a year or so. All general insurers will be happy to get this behind us. It’s never good.”

Warren Rolle, the Bahamas Insurance Association’s (BIA) newly-elected chairman, had earlier this year branded the VAT dispute as “untenable” due to the impact on industry cash flows and solvency margins.

He said the sector was facing a “major disruptor” due to the Department of Inland Revenue’s (DIR) interpretations of how VAT works in practice, and explained: “When VAT was implemented in 2015, representations were made by government officials - and details shared in guidance notes by the Department of Inland Revenue - indicating that general insurance claim settlements were deemed to be VAT inclusive.

“Therefore, insurers were allowed these input tax deductions to be offset against VAT collected and payable to the government. It is noteworthy that insurers advised the government of the day that it was reasonably foreseeable that following a major catastrophic event, significant credits would be owed to insurers following settlement of claims. Nonetheless, the government maintained its position and the industry proceeded with its remittance to the government on the aforementioned basis.”

Then came Hurricane Matthew in October 2016, with the $400m insured claims payout resulting in “substantial credits” being owed to insurers. “Some insurers continued to offset the input tax deductions while others sought refunds from the government,” Mr Rolle said.

“General insurers have recently received assessments from the DIR indicating that a substantial portion of the input tax deduction, retroactive to 2015, is now disallowed as they were claimed on non-VAT registrants. This is a fundamental departure from the policy communicated to the industry and the practice that has persisted for several years, resulting in significant sums being allegedly owed to the government.

“It would seem a stretch that all general insurers misinterpreted what was communicated with respect to the treatment of input tax deduction at the inception of the policy. Further, it is curious that this only became an issue after insurers offset the significant credits owed to them by government, or sought credit refunds, following the passage of Hurricane Matthew.”