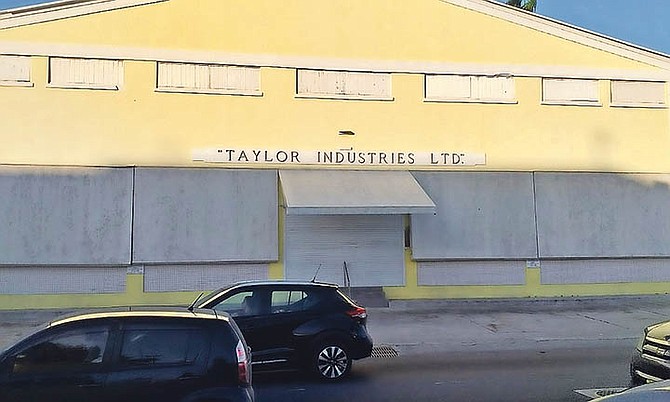 I guess I bought my first light-bulb over 30 years ago in the friendly store facing Shirley Street’s busy traffic flow. Convenient, with easy parking and never crowded, it continued to meet my occasional electrical needs, a local retail icon I never thought about— and which never changed.

Which of course is why the shutters went down at Taylor Industries and a liquidator was called in early this year. The directors Bryan and Graham Taylor, whom I have never met, failed to move with the times, meeting competition neither from internet sales by giant Amazon nor from more aggressive local companies who expanded, modernized and opened new product lines. Meanwhile, income from contracting services also dropped, allegedly because of nationwide decline in new construction.

The closure has had minor financial impact. The professionally detailed interim liquidator’s report by accountant Andrew Davies discloses that only 37 Bahamian creditors were left with just $80,713 unpaid bills.

But the human cost is much higher. About 40 employees are abruptly out of work, from a senior manager making $1,350 per week to the lowest clerk at $300 weekly, for a total of $682,000 accrued severance pay, less than 30 percent of which is likely to be paid against the scarce liquid assets like inventory and accounts receivable, and still unknown liquidator’s and legal expenses. The small saving grace is the Taylor family, who own about 70 percent of the equity, have personally paid the $29,600 pension fund contribution due to NIB.

The fundamental hole in the financial position of Taylor Industries Limited, is the absence of real estate from the balance sheet. The two parcels used in the business, the Shirley Street store and the Dunmore Street warehouse, are separately owned by the Taylors and thus of no value to claimants against the company. Eventually the family may well be able to sell the valuable site opposite Doctors Hospital for over $1 million—which will not help employees hoping to realise their severance pay.

Unfortunately, this financial structure is common among Bahamian private companies.

It serves to shelter owners against the risks of an actively operating company, while the working staff has no stake in the property values; this slanted arrangement is only revealed when a liquidator issues a full financial report with insolvency imminent.

The answer is not legislation banning this structure, but full disclosure. At present, only the few companies who have gone public and listed on BISX publicly disclose the details of their financial condition. What is urgently needed is an effective Credit Bureau, not simply for individual borrowers, but for companies large and small. We all assume (probably correctly) that Kelly’s Home Centre, A.I.D. and SuperValue Stores are strong enough to weather any crisis or downturn, but how do we really know?

Until about ten years ago, John S George was considered a rock-sold bellwether; then in two years it vanished. The liquidator’s report now reveals that Taylor’s net worth declined by $1.4 million over the last four years, while its revenues fell by 36 percent, with a bloated work-force the owners found too expensive to lay off. The company had no reason to remain alive during this period: a consumer could buy bulbs and plugs virtually anywhere; Nassau Glass has a much larger range of lamps and Geoffrey Jones specializes in well-serviced appliances like fridges and dishwashers. For even these well-run, specialized operations, on-line competition from Amazon and Home Depot can only get stronger. The future of small family-owned businesses seems inevitably to point to a range of mergers to consolidate revenues and shrink expenses - unfortunately too late to save any part of Taylor Industries’ work force.

There was no chicanery in the collapse of Taylor Industries, simply the owners’ lack of foresight. Government should take bold steps to hasten the inauguration of the much discussed Credit Bureau. Its full disclosure will enable employees and their trade union leaders, to better understand what assets lie behind their severance rights, and discourage them from accepting jobs with companies whose owners hold the real property in a separate vehicle for their private benefit.

After an abortive birth 15 months ago, and nothing but management upheavals and cancelled meetings ever since, with no sign of a true owner, it’s hard to believe any real leaders will threaten our environment. Instead of marketing oil, they might offer Oban Single-Malt Scotch, whose Manager’s Dram sells for $1,300 a bottle.

MP Chester Cooper is parlaying his successful financial career into becoming the PLP’s bumptious shadow Minister of Finance. He loses no opportunity to castigate Prime Minister Minnis for his government’s decision to buy the Grand Lucayan Resort, the key to keeping Freeport viable as a tourist centre. Mr. Cooper fails to recognise that real governance often provides no “good” solutions available, only several “less bad” ones.

Of course, it would have been wonderful if the Hong Kong conglomerate Hutchison-Whampoa had reopened and revived the hotel complex, using insurance proceeds to restore the effects of hurricane damage and long vacancy. But H-W had lost interest in Bahamian realty and chose to walk away, abandoning any loyalty to their once-upon-a time dream of promoting the area, and threatening the neighbouring Marina Village with economic collapse.

As directed by a gutsy decision of the PM and Cabinet, last August Hotel Corporation chairman Michael Scott used a special subsidiary to negotiate a buy-out price of $65 million from H-W. Although a 50 percent share was taken as a purchase-money mortgage, the cost was still a major outlay for our cash-strapped Treasury, with no clear prospect for speedy resale.

But what was the alternative? It was unthinkable to let Grand Lucayan sink into permanent decay. The investment risk is proving its worth. Many buyers expressed interest in Grand Lucayan and in March a letter of intent was signed to sell to the consortium of Caribbean Cruise Lines and the Mexican ITM group of hotels cruise ports.

The sales price is just $65 million, so government will suffer a net loss on the transaction after it has paid employee severance claims of over $7 million and operating costs of roughly $1 million monthly until the expected closing date at end of September. However, this loss is far outweighed by the $195 million the buyers are committing to renovate the hotel and surroundings, plus linked improvements to Freeport Harbour across the island – an over-all renaissance of Freeport and Grand Bahamas as tourist magnets.

Despite Mr Cooper’s dire fulminations, the initial $65 million bet is paying off, and I am unaware that he ever offered a rescue formula of his own. Furthermore, the game need not stop there. With a more profitable outlook, Government can now put the squeeze on Devco, the long-time partnership between H-W and the family owners of Grand Bahama Port Authority (GBPA). Devco’s expensive management of the GB Airport has often been challenged, with the argument it could be better run as a new venture similar to Nassau’s Lyndon Pindling International. Devco has also been sitting for years on about 70,000 acres between the sea and airport, without finding any use for this prime property as an international wholesale centre. Government is quite capable of acquiring and turning it over to a more imaginative developer of commercial real estate.

When we add Carnival Cruise Lines planned new cruise port in eastern Grand Bahama, we see many reasons to scrap that relic of colonialism, the Hawksbill Creek Agreement signed in 1955, and reorganise the whole island under new governance, with or without basic administrative tasks reserved for the GBPA.

Yall keep saying government can run Freeport better than the Port? Why they aint done nothing with West End and East End all these years? Why don't they put on their big boy pants and give us a sample of their genius with one or both of those areas first?

Most pilots fly Cessna 172 before Citation. These fellas can't fly parachute and they want to get into the seat of a Lear Jet?