DIANE PHILLIPS: There’s no explaining why you feel the way you do – or maybe there is . . . 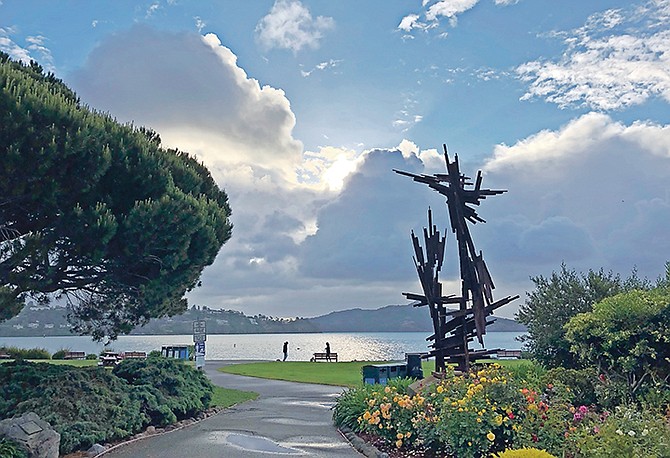 The weather has a great impact on how we feel.

Next time you can’t figure out why you feel a burst of happiness for no apparent reason or you suddenly sank into a slump, check the weather. It has a lot more to do with how you feel than you probably realise.

What set me on the path of weather and its impact on mood was a near-historic occurrence that only happened once before in history and as it did, I felt an internal shift that I knew instinctively was related to external forces. It rained.

The date was May 15. The rain began during the night, precisely as it was supposed to do because May 15 was the official start of the rainy season (May 15-October 15) in South Florida and The Bahamas. The season only got its own identity last year, giving rain equal footing with events like hurricanes which have had their own season, June 1- November 30, since at least the 1880s. So this was only the second time in history that the start of the now official rainy season experienced rain. And with an attitude adjustment prompted neither by the start of a weekend or a liquid from which minors are banned, I decided to explore.

First, I confess. I was fascinated by the fact that something so momentous as naming a season got so little attention but equally fascinated by what weather events do to us not just materially but mentally. Rain is associated with darker skies that can cause a reduction in serotonin, the brain hormone that triggers feelings of happiness. (Think, the multiple award-nominated Robin Williams movie Awakenings when catatonic patients come to life with L-Dopa that releases serotonin). Most rain-related incidents are not so dramatic, though the impact of rain is contradictory. We love the sound, the gentle pitter-patter on a metal roof. So comforting and sought-after is the sound that a single YouTube mp3 version of it has nearly six million views (why do we call something we listen to a view?). Why do we find the sound comforting and the darker skies that accompany it the opposite, sapping our energy?

Mostly it appears to be about light. Deprivation of it as it as in long winter days actually leads to a relatively common condition known as Seasonal Affective Disorder (SAD). There are remedies including bright lights called happy lights, glasses that cast light and architectural designs created to enhance illumination.

Most of us know that being in the sunshine induces a feeling of well-being. What we may not be as well aware of is that when our serotonin levels drop – i.e., we’re feeling less happy – we eat more, especially gobbling carbs and when we eat more, we get even more upset with ourselves. You get the picture. We are also less likely to be social. And if we choose to stay inside because it is rainy or dark or gloomy outside and we choose to spend our time with a good book or movie instead of a bike ride or walk in park, we have even time to eat more carbs.

Welcome to the rainy season. At least now we know it’s official and the best way to maintain our state of happiness is to get outside at least 30 minutes a day to improve mood and, according to a University of Michigan study, memory and openness to new information and creative thought.

Power to the people – consistently, please

The high cost of electricity pales by comparison with not having it. Load-shedding that has left homes, schools and businesses in the dark for hours on end has come at a greater cost than the dollars that pay for it. And while we think the cost of electricity is high because we look up at the sun and say why aren’t we powered by that for free (forgetting installation costs) or we look to the US and wonder our electricity is so much more expensive, we are better off than we think. Consumers in Germany, where there is great demand, pay the highest price in Europe at 35 cents per kilowatt hour. In this region, the US Virgin Islands suffers through 51 cents per kwh, Jamaica, 44 cents.

In The Bahamas, our basic rate ranges from about 11 to 15 cents per kwh before the fuel surcharge, add another 17 cents for that and even then at 32 cents per kwh (plus VAT on bills over $300) we are higher than most places in the U.S., but well ahead of The Solomon Islands in the Pacific. There, power comes at a cost of $1 a kilowatt hour when they can get it.

The hidden cost is the real culprit to which we pay far too little attention – the toll which poor quality and lack of consistency takes on equipment – appliances, computers, TVs, machinery. Still, when the sweat is pouring off our faces and we cannot watch the evening news, when we are relegated to a magazine or paper to fan ourselves with, we forgive a little imperfection and beg – just give the power to the people and let the major consumers like hotels install solar and other renewables without stifling their desire and ability to self-sustain because of appetite for revenue.

In the end, the people decide who is in power and the decision could very well involve the power the people are provided. 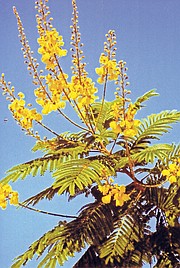 The other yellow that’s got our attention

When we praised the brilliance and foresight last week of the individual who nominated yellow elder as the national tree of The Bahamas saying this year’s crop is the most brilliant ever, we neglected to mention its colourful counterpart – the yellow Royal Poinciana. No matter how challenging a day may be, the sight of native trees is an instant picker-upper, a re-affirmation of why there is no place on earth like this little nation despite it all.