Alicia Wallace: We Are Who We Are But Should Always Work Together 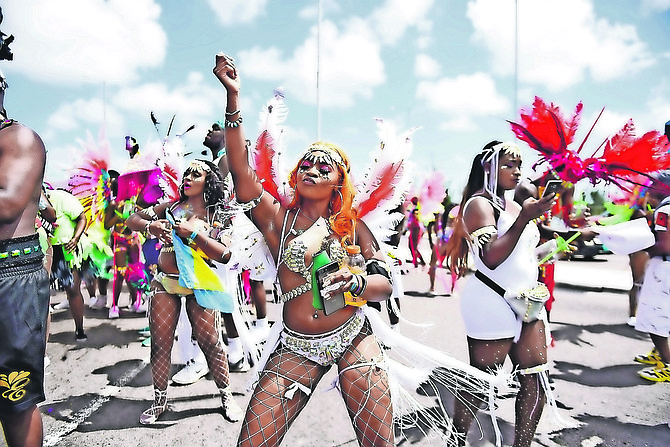 Yesterday was World Day for Cultural Diversity for Dialogue and Development which is promoted by UNESCO. It was focused on recognising and celebrating heterogenous societies, comprised of different ethnicities and cultures. This has not been our strong suit. We have not proven ourselves to be particularly welcoming or respectful of differences. There is a tendency to magnify differences and use them to create issues. We often think of culture as synonymous with nationality, but cultures exists within any form of human society. Is there a Freeport culture and a Nassau culture? A Family Island culture? Sometimes the same social behaviour is given different names depending on where they occur and how they are formalised. What is the difference between “community watch” and “nosiness?” As Muslim people in The Bahamas observe Ramadan, support one another through strict fasting and receive support from non-Muslims, do we see the markers of a culture?

There are some cultural attributes we are happy to own, others we blame on particular groups of people. It is interesting to delve into where particular practices originate, how they evolve and who continues to participate in any form. It is also fascinating to engage in conversations about what culture is, trying to identify the markers of Bahamian culture. Some argue there is no Bahamian culture, many reduce it to peas ‘n’ rice, fried fish, Junkanoo and drinking rum. Others insist there is much more to Bahamian culture, but we do not recognise it, want to admit it, or bother to understand it.

Is the fear that we do not have a culture, are losing this culture, or will see it evolve as it is influenced by other cultures driving our opposition to, for example, Carnival? Does it feed the particular brand of xenophobia reserved for use against Haitians? World Day for Cultural Diversity for Dialogue and Development came just days after Haitian Flag Day, so I could not help but make the connection. It was clear some Bahamians felt threatened by this one day for Haitians to be in community with one another in celebration of a rich, shared history. Some dared to say Haitians have nothing to celebrate, and should save their money to make the country a better place and return to it. There are few activities more pathetic than trying to steal other people’s joy, especially when such joy seems to be in short supply. It is no secret we have our issues in The Bahamas, and many Bahamians continue to travel, shop, buy coffee and block traffic to buy Independence gear when that time of year rolls around. There is still something to be proud of, something to celebrate, and something to work toward, together.

Here we go again and it drives us crazy

We spend far too much time in traffic. Everyone knows it, complains about it and searches for ways around it, mostly in vain. We want improvements. Not only do we want the roads to be properly paved, but an end to the cycle of public utility companies digging, leaving craters for weeks, and being forced to navigate around them until they are filled well enough to solve the problem until it rains. We want traffic lights to have appropriate timing to allow for better flow of traffic. We want them to be solar powered so major intersections, like the one at the East-West Highway and Robinson Road, do not require the supernatural or police officers to allow traffic to flow. It would be great to spend less money on tyres, shocks and tie rod ends. Given this, it is not shocking the response to the prime minister’s plan for road improvement, shared in his national address, received mixed reviews.

Road works interrupt the regular flow of traffic and business. Though we know improvement is on the way, the inconvenience we experience during the interim is vexing. The Ingraham-led FNM administration was determined to solve traffic problems with its road improvement project that drew criticism for the entire period, but was appreciated at the end. Toward the end of its last term, the PLP got to work on sidewalks, leaving many to wonder why it suddenly became a priority issue. Was it to increase the number of jobs created, or a response to the needs of pedestrians? It may seem strange to complain about these infrastructural developments, but we have good reason to be sceptical. Projects are not always well-managed or well-intentioned, and they are almost always directly related to where we are in the political term and how the administration is faring in popularity and satisfaction. To say the Bahamian people are dissatisfied would be an understatement.

The roads are in terrible shape. We should not have to memorize the condition of frequently-travelled roads to avoid dropping in holes. Yes, we need better roads, but many of us are not going to celebrate this announcement for various reasons. This is not a favour. One of the government’s most basic functions is to produce and make improvements upon systems and infrastructure that facilitate social and economic function. We have other pressing needs, like an overhaul to the education system which needs to be more responsive both to student needs and the environment they are being trained to enter. We need to be able to access medical services, medication, and prescribed treatment and therapy, regardless of income level. We need to be able to get from one place to the next - and that brings us back to roads and traffic.

In addition to improving our roads, we need to think about what happens to them after they are cut, paved, and repaved. What happens when a utility company needs to, quite literally, dig in? What is the plan to avoid the regular destruction of the roads we have to overhaul decade after decade? What do they need to do different? Is there a better way to fill those holes if they must (and this is hard to be believe) be made? There is little point to these road improvement projects if we have to keep spending millions of dollars on another one in a few short years, plus the cost to the public and to individuals during the time between those projects.

There is more to discuss, strategize and action concerning the condition of the roads and traffic. We have been talking about the number of cars in Nassau for years. Many car-owners would rather not drive, but there is no other option. Public transportation leaves much to be desired, from hours of operation and schedules to safety and regular deviations from the routes. Traffic police are needed in some places, even where traffic controls are in place, to help traffic to flow better while they make it much worse in others.

When will there be a comprehensive assessment with reasonable, effective recommendations? We will not benefit from expensive, one-sided fixes that are, at best, short-term. There is more to be done than paving roads