Kayla Edwards: Forever In The Heart Of Each Life She Touched 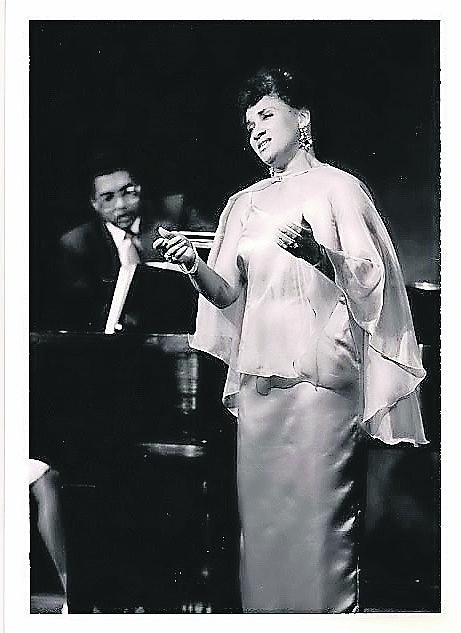 When Terez Davis Nixon told me Keysha Edwards Taylor was in town and she wanted to know if I would write a Face to Face column posthumously on her mother, my heart leapt. It was an opportunity to write about a woman who made a great impact in my life and so many others. Bahamian cultural icon Kayla Lockhart Edwards will forever be remembered in the hearts and minds of those whose lives she touched. She was just one of those one in a million people whose energy and aura permeated right through you, leaving you feeling good.

I thoroughly enjoyed the years my mother enrolled me in the Dundas Theatre’s summer camp. I humbly suggest I was extraordinary in theatre from a young age. I performed in plays at school and church and was always given a lead role. At the Dundas, that trend continued. Ms Kayla, as I affectionately called her, must have seen something in me because she, too, gave me the lead role each year. She encouraged me, trained me and helped me to perform tremendously for our productions. Even though this was summer camp, these productions were nothing to play with. Kids were placed where their talents could shine, whether in acting, dance, singing, set design, lighting, direction or production. Everyone felt important.

I remember Kayla and people like the late Betty Knowles, Dundas curator, the late Winston Saunders, Lawrence Carrol, Pauline Glasby and others pouring their all into the children, encouraging us to do and be our best. We were also instilled with a great sense of pride about being Bahamian. I remember one production was called Dis We Tings – what an awesome production it was! We explored what being Bahamian meant to us. I played the role “Mother Nature” in that production. I was the narrator of a beautiful story that unfolded in acting, dance and song, all highlighting the natural and pristine beauty of The Bahamas.

When I spoke to Keysha last week on her mom’s death anniversary, I thought about how selfless Kayla was; she was like a mom to all of us, and I was thankful that Keysha and her brother Marquinn shared her with us.

“Sixty years and 60 days of wonder, grace and beauty,” is how Desmond Edwards describes his first wife’s time on earth.

“She was a cultural icon of The Bahamas, wife, mother, daughter, sister, friend and mentor; gone but always celebrated. Her legacy of virtue and love is remembered by all who knew her and knew of her. She spoke with passion, intelligence and kindness. Her artistic contributions and accomplishments in the culture of The Bahamas has laid the foundation for our rich heritage today.”

He adds of his wife of 43 years: “We remember her classics and styled voice as she graced the first Bahamian Independence celebration with the first singing of the national anthem. For more than 30 years she played a unique part in producing numerous folklores shows and dramas to promote our authentic Bahamian culture. Theatrical plays and folklore presentations such as Dis We Tings; Roots, Rhyme and Rhythm; and the ZNS broadcast show, “Mirror-Mirror”. Kayla entered any venue with poise and dignity and in her professional way demanded the attention of all who witnessed her spectacular delights.”

Keysha is doing her best to keep her mother’s great legacy and her memory alive. This summer, she plans to host a piano concert in South Florida where she lives, and the performance will include songs she wrote for and with her mother. She has followed in her mother’s performance footsteps in her own way as a pianist, and her vision is to present an elegant but simple and intimate evening of piano music where she will share a few stories about her journey, with her mother being at the core of it all. She will return to The Bahamas, where she was born and still considers her true home, in August with plans to broadcast that concert. Then in November, Keysha plans to host a concert here in her mother’s honour.

“As a youngster watching my mother make strides to promote Bahamian culture, it was truly an exciting adventurous life,” says Keysha.

“Never a full moment. I was five when I performed on stage with the National Dance School. My mother was a spearhead for the advancement of that school. She would pool together dancers from that school to participate in her shows that promoted our culture nationally and abroad. In the early 1980s, she had a vocal ensemble called the Chamber Singers and they toured nationally and abroad as well. Being so young, I didn’t travel with her and my father, but was there at home at all the rehearsals and drama practices and at the meetings for costume designs.”

“For every show that she would produce, my brother and I were amidst costumes, music rehearsals, making copies of music and just being in the element of all of her work. Her arrangement of our Bahamian folklore music was fresh, energetic and so delightful. I never got tired of hearing it and eventually playing it. When I went off to school, I missed that style of living so much but would get my fill at every time I’d return for a break from my studies in Miami Florida. During my school break, there was always a show going on and she would find a part for me to play, dance or just be a part of. My childhood was again, vibrant, busy, creative, on stage, behind the scenes, long nights, amongst the greats like they were family and witnessing our culture from beautiful eyes that yearned to see it progress beyond our borders. Those were Kayla’s eyes.”

Keysha has chosen to host these series of tributes so that her mother’s legacy could live on for generations to come. Keysha’s children are now in their college years; before now she was busy raising them and assisting her husband, Charles Taylor, in his full time ministry (as pastor of GCI – Journey Church in Mirimar, Florida). She was a stay-at-home mom busy with piano, composition, performance, ministry, dance, and singing. Now, her life has evolved to the point where she feels “compelled to share what’s inside”.

“It’s as if I’ve been lit,” she said. “A light went off somehow, and I’m compelled to share what’s inside. I’ve written a plethora of praise and worship songs over the course of my time living abroad. I hope to professionally record these songs and in the near future, come home and share them with my home...The Bahamas. The piano works that were also written during this time is being recorded now and I hope to release them this summer or early fall. The celebration of love and virtue existing within my mother is flowing in me and I will share that through my piano music. This is hopefully coming in a concert this November. The praise songs will come hopefully next year or the year after.”

Her concert is entitled: “Let the Piano Work” and her album: “Piano Works”. She describes it as a “beautiful, refreshing experience of music that soothes, calms, uplifts and pleases the soul”.

In a special tribute, Marquinn says of his mother: “In short I have lost my earthly god. There is no one, no one like her on this planet.”