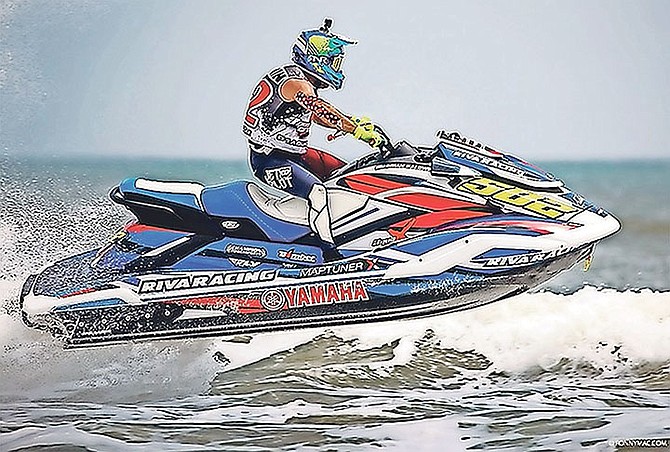 POWERBOAT P1, the world’s leading marine motorsport brand, continues its strategic programme of international expansion by making its first visit to the Bahamas this weekend to stage the 2019 P1 AquaX World Championship.

The three-day event (November 8-10) in Nassau Harbour is the climax of the AquaX personal watercraft season, with up to 40 world-class, professional riders from North America, Europe and North Africa – who have qualified through a series of national and continental races across the summer, designated in the US series as the ‘Race to The Bahamas’ - competing at the Atlantis resort, Paradise Island.

With nine countries represented in the elite field of jet ski racers, P1 chief executive Azam Rangoonwala is delivering on his ambition of ‘going global’ in terms of both venues and competitors: “We want to grow P1 outside its traditional markets of Europe and the United States and take the sport to the next level. In the eight years since its launch in the UK, AquaX has grown significantly and expanded to the USA and mainland Europe.

“The rapidly increasing number of riders, partners and fans has been tremendous and the close relations with leading manufacturers has added considerably to the legitimacy of the series.”

Another key element of the P1 business model is strategic alliances, and the World Championship sees P1 partnering with one of the most amazing resorts in the world and also with the Bahamas Ministry of Tourism and Aviation.

“We’ve entered into a two-year relationship,” said P1 chief executive Azam Rangoonwala, “and are aiming to race at the Atlantis for many years to come. Outstanding locations and host venues contribute enormously to our event offering.”

P1 uses its sports tourism knowledge and experience to deliver integrated campaigns covering key markets, with the focus on raising the profile of the host venue, attracting visitors, encouraging local involvement and stimulating the economy.

Media and broadcast relationships play a major role in building P1’s international presence and in delivering exposure for host venues as well as commercial partners. This weekend the racing will be live streamed on the P1 AquaX Facebook page, and this includes race commentary as well as the opportunity to comment live during the races and check back to watch live streams that have been missed.

The inaugural Bahamas World Championship has attracted two Nassau-based companies as official event partners, and this will see high-profile brands such as Coca-Cola, Monster Energy, Stolichnaya vodka and Kalik Light beer being promoted and enjoyed at the Atlantis across the three days.