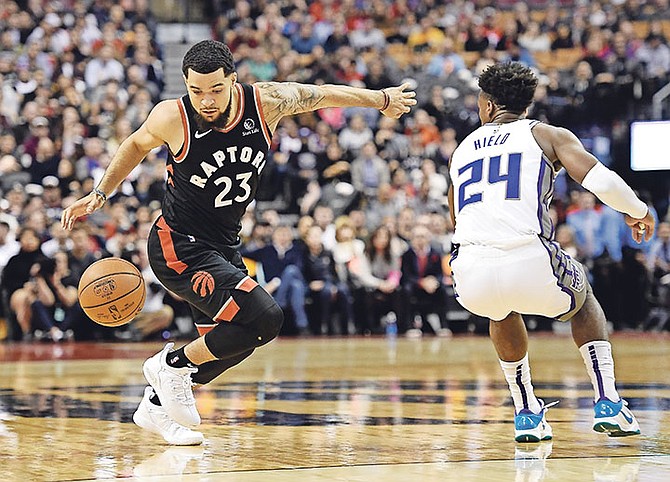 THE win streak stopped at two for Buddy Hield and the Sacramento Kings on the second game of their East Coast road trip.

Hield had one of his better shooting performances of the season but the Kings fell 124-120 to the Toronto Raptors at the Scotiabank Arena in Toronto, Canada

He scored 21 points, 7-16 from the field and 5-7 from three-point range. He also added a season high eight rebounds.

Hield was perfect from the field in the first half - 4-4 from beyond the arc.

The Kings trailed 95-88 headed into the fourth quarter and came within five on a Bogdan Bogdanovic three pointer with just over seven minutes left to play.

Under new head coach Luke Walton, the team has got out to a slow start and has also been hampered by an injury to 2018 No.2 overall pick Marvin Bagley III.

They began the season 0-5 with losses to the Phoenix Suns, Portland Trailblazers, Utah Jazz, Denver Nuggets and Charlotte Hornets.

At the conclusion of the loss to the Hornets on October 30, Kings fans at the Golden 1 Centre in Sacramento booed the effort of their home team.

The Kings responded with a win over the Jazz and New York Knicks.

The road trip concludes tomorrow night against the Atlanta Hawks.