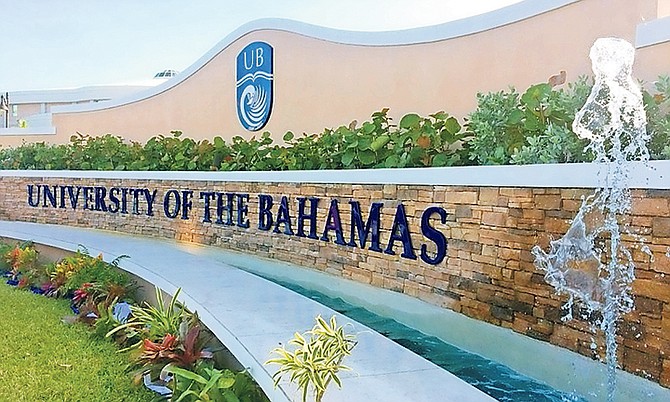 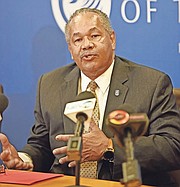 UNIVERSITY of The Bahamas professors have moved to petition the institution's board over its expired industrial agreement, having "lost faith" in the university president's "ability" to conclude negotiations.

The University of Tertiary Educators (UTEB) said in a statement it has reached an "impasse" with university president Dr Rodney Smith, whom union president Daniel Thompson said has "demonised" the union's requests to date.

Mr Thompson said that rather than "respecting" the union's collective professional pedigree, Dr Smith is insistent on playing "hard ball" with the union and "fighting" against the university's "main stakeholders", something he asserted isn't sustainable.

"How far is the president supposed to go if he fights against his main stakeholders, the faculty?" Mr Thompson said. "I mean, which war is he fighting? Which army is he leading? If he fights, his main fight is against his soldiers.

"We are the foot soldiers of the academic institution. He cannot sustain success fighting against us, the faculty. That's not sustainable.

"So some heads, somewhere above him, the board of trustees or perhaps outside the university, the government, will have to intervene. And we are confident cooler heads will prevail."

Mr Thompson's comments and the union's statement are the latest in their dispute with and consequent demonstration against UB over the institution's proposal to offer them a salary increase of 82 cents per day or roughly $300 per year.

The union is also angry with UB's lack of urgency to finalise an industrial agreement after the previous one expired in 2017.

Previously, UB said in a statement that its solution to the wage dilemma included immediately paying each member $1,000 and implementing increases ranging from two to six percent, while extending the top of the salary scales.

The university further claimed that Mr Thompson initially made that proposal and agreed to sign a contract formalisation on November 10, to which it agreed. However, the union then submitted a new proposal for a lump sum payout of $3,500 and a salary increase of seven percent for all of its faculty members.

UB, in a statement last Wednesday, said it is neither prepared nor in a financial position to agree to the union's proposal, citing the "anticipated expenses with restoring University of The Bahamas-North campus in Grand Bahama which was severely damaged by Hurricane Dorian" as one of the key reasons.

Despite UB's claims of financial limitations, however, Mr Thompson previously said the university, in a few weeks, will be hiring an "executive" that will cost the institution anywhere between $200,000 to $300,000. He said when juxtaposed with its proposal to the union, UB "is grappling with $150,000 overspend to satisfy their decision".

"Don't tell me you didn't make no provisions for salary increases in the budget, notwithstanding Dorian," Mr Thompson said yesterday. "And then we ask the question too, we ask and we invite the president to be transparent in the compensation packages for his senior team and his executives, so that he can show to the Bahamian people that he is operating frugally in a post-Dorian era. So that he can show the Bahamian people and they can make a determination for themselves that he is being frugal and careful."

Mr Thompson added: "The union, we had hoped that because we exist at the highest tertiary level in our education in our country, cooler heads and more sensible actions would have really prevailed. But apparently (Dr Smith) wants to play hard ball. And UTEB's position is that when he goes low, we will continue to keep our standards high.

"…And it all goes to the whole aspect of what our demonstration was about. There must be respect. Respect the words of your workers. Because we are workers. Respect our work, respect what we have trained to become. Notwithstanding that there is a situation in the country, but the president has attempted to demonise our requests for salary increases.

"And we expect, our society expects that people will be treated and paid decently and treated with respect."

Meanwhile, the union's statement lambasted Dr Smith for his most recent statement, which it said contained multiple "inaccuracies and misinformation". In particular, the union said Dr Smith's claim about it being the one that made the first proposal for the $1,000 lump sum payment was incorrect, and was "overwhelmingly rejected" by its membership in any event.

The union also refuted Dr Smith's claims that both parties had previously arrived at an agreement on the issue, and said such an assertion is as "egregious" as the university's "posting of confidential emails between UB and UTEB's presidents".

"While (Dr Smith) has placed the email communication between himself and the president of UTEB, in the public domain, we believe that a higher level of professionalism is expected from us who sit at the helm of our national university," the union's statement said. "UTEB will not reciprocate."

The buck stops with doc. who shows off and gives free University education. without out counting the cost.

How about asking the Ombudsman to assist in resolving this dispute?

The UB President makes half a million per year ....... lecturers make scraps. SMH