Another 113 Haitians Flown Back Home 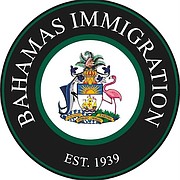 MORE than 100 convicted Haitian migrants were repatriated to Port-au-Prince yesterday under a deportation order, according to immigration officials.

A press statement released by the Department of Immigration noted that a joint team of law enforcement officers departed Lynden Pindling International Airport at 8.08am yesterday with 113 Haitians onboard a Bahamasair flight.

This group, including 97 males, 13 females and three minors, was led by Denaj Wilchcombe along with RBDF officers.

This came a day after 87 Haitian migrants, inclusive of 26 women, 59 men and two minors were turned over to the Department of Immigration at Mathew Town, Inagua. This group was detected by Operation Bahamas Turks and Caicos (OPBAT) while on a routine patrol in waters on the southeastern end of Great Inagua. Some were found at sea and others hiding in bushes on the Inagua coastline.

Last month, Haitian Charge d’Affaires Dorval Darlier said the Minnis administration should consider suspending the repatriation of migrants “because of the political situation” in Haiti.

“That’s the reason I think this is not the best time right now,” Mr Darlier told The Nassau Guardian in early October.

However, immigration officials remain firm in their stance to uphold the laws of the country.

“The Department will continue its commitment to carrying out the mandates of our agency to combat illegal migration by establishing effective border control management in compliance with the statute laws of our country,” officials said in the press statement yesterday.

Last month, the Office of the United Nations High Commissioner for Human Rights (OHCHR) called on The Bahamas to halt deportations of Haitians and other undocumented migrants in the wake of Hurricane Dorian. It insisted there had been no individual assessments and due process guarantees – entitlements under international law.

In response, the Ministry of Foreign Affairs said deportations had been carried out consistent with international standards, specifically human rights norms.

We are swimming backwards.......more are arriving than are being deported....The Minnis-led FNM government is failing to ensure our law enforcement officials adopt a sufficiently aggressive and sustained programme for the weekly deportation of illegal aliens. Without such a programme there will be no hope of deterring Haitian nationals in Northern Haiti from paying the human traffickers for their smuggling services. By now Turnquest must surely realize that each illegal alien deported brings enormous financial relief to the public treasury and the Bahamian people.

The Haitian invasion will stop immediately as soon as the demand is cut off. When illegals cannot find housing and work, they won't have reason to come here!

Since the treasury is broke due to hurricane Dorian, now is the perfect time for the government to earnestly start charging people for hiring illegals. This would be a huge cash cow for the treasury.