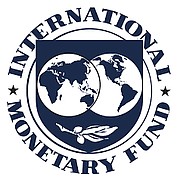 The International Monetary Fund (IMF) yesterday slashed The Bahamas' 2019 growth forecast by 50 percent, and projected the economy will contract next year, due to Hurricane Dorian.

Unveiling its latest World Economic Outlook report, the Fund said this nation's gross domestic product (GDP) expansion will fall from 1.8 percent to just 0.9 percent for 2019, with the brunt of the Category Five storm's economic fall-out to be felt next year.

It forecast that the Bahamian economy will shrink by 0.6 percent, compared to previous forecasts for 1.7 percent growth, thereby giving the first insight into just how big a short-term setback Dorian has dealt to output and job creation.

Based on Department of Statistics data showing that The Bahamas had a $10.8bn economy at year-end 2018, the IMF's revised forecasts suggest that some $97.2m has been shaved off GDP growth estimates for 2019 - a significant sum for a nation this size.

And the 2.3 percent "reversal" for 2020, if it holds true, represents around a $232.4m "swing" on the IMF's 1.7 percent growth projection that was released in early July together with its Article IV report on The Bahamas.

Cabinet ministers and private sector executives yesterday both agreed that the Fund's revised estimates were not "unexpected" given the devastation inflicted by the category five storm, but expressed hope that several multi-million dollar investment projects will come to fruition and lead to improved projections within 18 months.

Krystelle Rutherford-Ferguson, the Bahamas Chamber of Commerce and Employers Confederation's (BCCEC) chairman, told Tribune Business: "While we understand the difference in projections, we also understand its based on the fall-out in the tourism sector as a result of Hurricane Dorian.

"We also appreciate there are numerous multi-million dollar investment projects in the works in The Bahamas, which will impact GDP in the medium term. We expect an improvement in the projections in the next 12-18 months.

"There's a lot of restoration work to be done and we remain optimistic the projections will improve as the country goes about restoring the second and third largest economies in The Bahamas."

Mrs Rutherford-Ferguson was likely referring to the $100m Carnival cruise port in Grand Bahama, for which a Heads of Agreement was signed recently, and the ITM Group/Royal Caribbean joint venture that plans to acquire the Grand Lucayan and transform Freeport Harbour in a $195m first phase development.

K Peter Turnquest, deputy prime minister, added that reinsurance inflows and construction activities associated with post-Dorian restoration may also mitigate some of the impact the IMF is projecting for GDP growth.

"Some contraction is not unexpected given the severity of the destruction to Abaco tourism and business infrastructure, as well as Grand Bahama to a lesser extent, save that the rendering of the US terminal [at the airport] as useless leaves that sector also seriously crippled," he told Tribune Business.

"Fortunately, the cruise business to Grand Bahama has been restored and they are now receiving cruise passengers at new sites, which based upon feedback has been well received. The return of this business, as well as the day cruise passengers, bodes well for the recovery there.

"Add to that the reconfirmation of the investment projects at the new cruise port and hotels, we should see some stabilisation by year-end," Mr Turnquest continued. "Abaco may be a bit more of a challenge due to the severity of damage to the economic infrastructure.

"That said, the reinvestment in these businesses from insurance provisions and private sector investments will provide some boost. The fall-off from Nassau arrivals has already stabilised."

John Rolle, the Central Bank governor, last week told Tribune Business that the IMF's revised GDP growth projections were likely to be "conservative", indicating that The Bahamas could outperform its estimates for both 2019 and 2020.

The Fund's projections match almost exactly the Central Bank's own forecast, which also suggested the possibility of a small Bahamian economic contraction next year as reconstruction began in earnest. However, the Bahamian institution said this could be mitigated - and the country even enjoy modest growth - if Abaco's vacation rental market could be directed to other islands.

The Central Bank, in a report released a fortnight ago, forecast that The Bahamas will "resume healthy economic growth" in 2021 following a potential Dorian-induced contraction next year as rebuilding gathers pace.

In line with the IMF it suggested that this nation's gross domestic product (GDP) would still expand in 2019 - albeit a much lower pace than the previous 1.8 percent - as winter season tourism gains had already been locked-in prior to the category five storm's arrival.

With its analysis suggesting Dorian's impact will likely be a short-term blip if any further hurricanes are avoided, the Central Bank said expectations of an earlier return for Grand Bahama's economy underpinned its 2021 assessment - especially given the "lengthier absence of commerce" on Abaco and the surrounding cays. However, tourism's recovery may go beyond 2020.

Abaco's loss will be felt most dearly in the vacation rental market, as the island accounted for 17.5 percent - or almost one in five - listed bookings during the eight months to end-August 2019. Together with Grand Bahama, the two islands have received more than one-quarter or 25.6 percent of all bookings in that market segment prior to Dorian's arrival.

Yet the Central Bank added: "Two factors that could mitigate the depth and duration of the economic slowdown are the size of the available pool of construction labour to expedite the rebuilding process, and the degree of substitutability of tourism capacity elsewhere in The Bahamas for the facilities taken offline in Abaco and Grand Bahama.

"Available construction skills speak to the speed at which the housing and commercial plant will be returned to use. In the meantime, underused tourism capacity in New Providence and other Family Islands could provide some offsetting relief to displaced visitor demand.

"For vacation rentals, in particular, the current average occupancy rates approaching 50 percent provides space for near-term business expansion without required growth in the physical plant, providing the marketing and other support infrastructure are aligned."

The takeaway from this article should be, "Average Bahamians will continue to be sidelined, while big businesses continue to buy The Bahamas at sale prices." Every Foreign investor expects something big in return for their dollars. And, they will get it by incompetent, greedy and desperate government officials. These officials will sell-out their fellow Bahamians as they have done and will continue to do so. Bahamians will be offered "jobs" almighty jobs, paying minimum wage and then told they should be thanking god for these jobs. Yet, as their BPL rates continue to soar, their rents continue to soar, and the cost of living rises to unconscionable levels, those who have their cushy government and private sector jobs will remain silent, again. Can we, for the sake of honesty, please dispense with this notion that The Bahamas is a Christian country. We are NOT.