Organisations Ready To Reach Out In Support 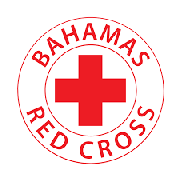 NON-PROFIT organisations have mobilised to assist residents following the aftermath of Hurricane Dorian, which churned over Abaco and Grand Bahama yesterday.

In an interview with The Tribune, Director General of Bahamas Red Cross Caroline Turnquest said the organisation has been in constant communication with Red Cross leaders at both islands.

She noted that necessary preparations were being made to secure the safety of residents on those islands and to help provide relief efforts following the aftermath of the monster storm.

"We have asked about the inventory to see what they have on hand and making preparations but, of course, we wouldn't know what is needed until we have done our rapid assessments following the passage of the storm," she told The Tribune on Friday.

When asked if the organisation is seeking donations, Ms Turnquest replied: "We are very much looking for canned goods and other assistance in terms of cleaning supplies when there is flooding as well as any other monetary donations we can use so we can find out what is needed."

Bahamas Red Cross Grand Bahama administrator Stephanie Barr made similar comments, adding they were as ready as anyone could be for the approaching storm.

"We had a shipment from the Bahamas Red Cross headquarters come in today (Friday) with tarps to assist with persons after and, of course, that's when we begin to get more donors come on board with water and ice and stuff like that once we would've gone through whatever we've gone through. But, we are ready," she said.

In partnership with the Bahamas Red Cross, the HeadKnowles Foundation is also preparing to assist those in need following the aftermath of Hurricane Dorian.

Lia Head-Rigby, founder of the HeadKnowles foundation, said teams are ready to jump into action.

"I have spoken to everyone in Grand Bahama and the Abacos. We have our database up and running as well as updated as possible," Mrs Head-Rigby said.

"We have our fundraising links ready, our GoFundMe links that were going to post at the end of the day so that it's up and running and just wait. We have our people in the community whose making sure they know what's going on, whose where, whose what and who will need stuff."

Hurricane Dorian was expected to leave catastrophic damage in its wake, with possible wind gusts of over 200 mph in the northern Bahamas and storm surge of up to 23 feet.

It's unfortunate The Bahamas Red Cross is not the great organization that it was a few decades ago.

Like everything else, rot starts at the head. In this social media age where everyone wants glory and fame, these old school organizations have lost their attractiveness. We have many shiny new NGOs and then the political creature called NEMA.