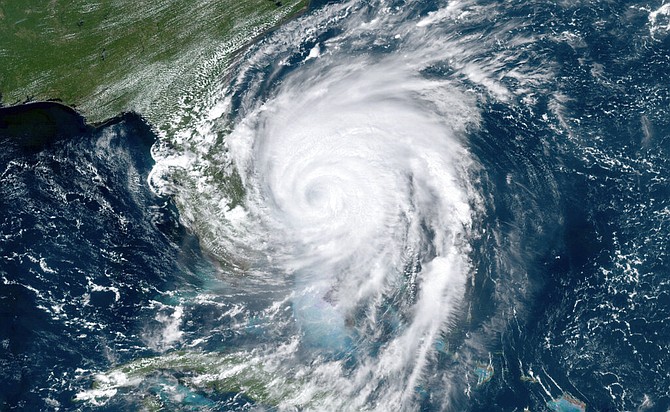 A DISASTER expert on Friday forecast there will likely be more “scary” hurricanes like category five Dorian to come.

She believes there was nothing more the government could have done to prepare for the monster storm, and told reporters outside NEMA’s headquarters the focus should now be on supporting impacted people and the communities that have absorbed them.

“Never before in the 20 years I’ve been doing disaster management have I ever seen a storm that stopped and impacted at a category 5 for an extended period of time,” Dr Huey said on Friday.

“So I’ve seen storm surge this high, strong winds, but never for the duration that the Bahamas had to experience and that is unique, but also scary because I don’t think this will be the last time that we see it.”

“Honestly,” she continued, “I don’t think there is anything else they could have done. Your building codes are some of the strongest in the Western Hemisphere, the commitment to disaster management that NEMA and the Family Islands have placed to build disaster resilient communities is really unmatched.

“So I think when you’re talking about a really mammoth storm like this, an event. The best thing we can do is help support the people that were impacted and in that respect I believe very strongly that NEMA has developed quite a robust structure…that is very commendable.”

Based on her understanding, Dr Huey said the government acted on data provided by the PDC and attempted to evacuate people ahead of the storm.

However, she noted officials could not physically force people to leave their homes even if mandatory evacuation laws were passed.

She noted the legislation would still go far to raise awareness about the severity of natural disasters, adding the Bahamas was extremely high-risk to not only hurricanes but flooding and wildland fires.

Pre-storm impact data analysis by PDC put the country’s capital exposure from Hurricane Dorian at $8.1 billion with a projected impact to more than 70,000 Bahamians.

The billion dollar sum reflected what's exposed to the monster Category 5 storm, not how much it will cost to rebuild.

On Friday Dr Huey said officials had not yet tallied the costs associated with the deadly storm’s wrath, and pointed to a number of variables impacting estimates like the cost of shipping goods to the affected islands.

Dr Huey said: “It’s going to take a very resilient nation to commit to rebuilding these communities and rebuilding them in a way that is safe and prepared for climate change.

“The biggest challenge right now is getting information and getting goods from point A to point B, tracking individuals so that the government can provide the right level of support is hard when you’ve got people who are scared or frightened and they’re moving in, you’ve got some of them brought to Nassau, and then moving out. So the challenges that you are seeing are challenges that are universal anytime you deal with disaster of this magnitude.”

I wouldn’t say it’s a waste of time something that should be considered because it raises the awareness of the severity – something government will have to look at and address.

Now, how many people who read this are taking away the many messages?

Not many. Many more are likely to believe our corrupt politicians when they start repeatedly promising voters in the run up to the next general election that they will find high ground for all Bahamians and illegal Haitian aliens to live on.

Hurricanes, typhoons, tsunamis have always been with us and always will be. Anyone who reads history of different cultures knows of the devastation that was wreaked by nature hundreds of years ago (much of it depicted in Asian, esp. Japanese art), BEFORE the climate change theory. Far more important to me is why in the face of the knowledge of this recurring natural phenomena based on our geography have we not built and zoned smarter and invested in equipment that could aid in the recovery process WHEN disaster strikes.

Equally as important is trying to understand why our governments build low cost housing in flood prone areas!

WHICH AREA IS THAT?

I should have written ..."the government ALLOWS low cost housing to be built...."

Just think Pinewood Gardens, but this might make some interesting reading as well:

just highlight and drop in your search window.

Ever here a government talk about poor people as stakeholders in anything. Nope!