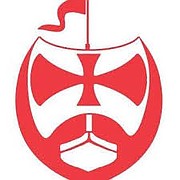 Bahamas First’s top executive has warned consumers to be alert for the recycling of Dorian-flooded vehicles back into the market as they represent “a future disaster waiting to happen”.

Patrick Ward, the insurer’s president and chief executive, told Tribune Business it was “only a matter of time” before such cars and trucks started exhibiting electrical problems that could spark fires and became “a public safety issue”.

Noting that “more sophisticated” markets such as the US have suffered with unsalvageable, written-off vehicles being dumped on unsuspecting consumers in the aftermath of major hurricanes, Mr Ward said the Bahamian insurance industry has “a role to play” in countering a problem he expects will also surface post-Dorian.

“One thing I think we are going have to make sure we look after properly is to avoid a scenario where vehicles damaged by sea water are recycled back into the pool of vehicles on the road because that’s a future disaster waiting to happen,” Mr Ward told this newspaper.

“It’s only a matter of time before they start having electrical problems and, potentially, fires. It can manifest itself in a variety of ways where it becomes a safety issue for people in these vehicles and on the street.

“It’s not in the public interest for a vehicle deemed to be unsalvageable, or extensively damaged, to find its way back on to the roads. More than anything else, it’s a public safety issue.”

Mr Ward’s remarks emphasise the need for Bahamian second-hand auto buyers to carefully check that their vehicles have not come from either Abaco or Grand Bahama, where many automobiles were either submerged or received extensive flood damage from Dorian’s 18 to 23 foot storm surge and salt water.

The danger, too, is very real. Several Tribune Business contacts have bought vehicles for knock-down prices in what seemed like a “sweet deal” only for their acquisitions to start giving a series of mechanical and electrical problems several months later. One received a report from his mechanic stating: “Sir, it is our considered opinion that this car has been under water.”

“This happens in some developed countries where they have more sophisticated regulations and policies, and more checks and balances, so it would not surprise me if these vehicles start to circulate back into the pool of vehicles in the street,” Mr Ward told Tribune Business.

“There’s a role for insurers to play to make sure vehicles in the non-salvageable pool don’t get back to the streets... It’s a fairly serious issue. The car may look like a good car but it’s only a matter of time before it starts giving fairly serious problems, and a lot of times these vehicles give electrical problems that result in a fire.”

With thousands of vehicles on Grand Bahama and Abaco likely to be deemed write-offs post-Dorian, Mr Ward indicated that Bahamian property and casualty insurers would likely check carefully and decline to cover any automobiles originating from these islands.

The Bahamas First chief described Dorian as “the most challenging” catastrophe-related event he has ever dealt with primarily due to the severity and extent of the devastation inflicted on Abaco and east Grand Bahama by the Category Five storm.

He revealed that Bahamas First had been forced to adjust its processes as a result, ensuring it did not impose “unduly bureaucratic processes on persons when they can least afford it” when assessing the extent of their property, auto and boat losses/damage.

“In my own measure it’s been the most challenging severe event, primarily because of the lack of direct access to the affected areas,” Mr Ward explained. “It’s either because of the physical damage, the infrastructure damage or the Government ‘quarantining’ certain areas on safety grounds.

“There are obviously some lessons to take away from this for future events involving storms of this magnitude. You’d expect a certain level of infrastructure to normally be in place after a storm, but one of the things we have to plan for is a scenario of having no physical infrastructure in place and what that means for loss adjusters accessing the property as well as getting in touch with their client base.

“There are also challenges identifying properties, whether a car, a house or boat, where there may be very little remaining. We’ve had to make adjustments on what level of due diligence we do in assessing properties so that we’re not imposing unduly bureaucratic processes on people when they can least afford it. We’ve had to make some adjustments as to how we approach a catastrophic event like this.”

Mr Ward said Bahamas First and other Bahamian property and casualty insurers already gave “a significant number of loss adjusters” contracted to work on their behalf conducting damage and loss assessments in both east Grand Bahama and Abaco and its surrounding cays.

“In Abaco we’re rotating people in and out because of the difficulty of finding them accommodation,” he added of Bahamas First. “It’s a question of going in, doing the adjustment work and going back in again.

“It’s fair to say claims payments have commenced in both locations. I would say there are quite a few vehicle claims paid out because their cars were effectively totalled as a result of flood damage, primarily, and some homes and businesses that produced evidence of a total loss, so they were paid out in full or in part.”

Mr Ward said the Dorian claims assessment and settlement process was likely to be concluded fairly quickly in comparison to how long it will take to completely rebuild Abaco, in particular.

“I think the process involved in settling claims, and dealing with the number of claims, is not going to take very long,” he told Tribune Business. “What is going to take long is the rebuilding process after the event.

“While we’re talking about significant chunks of The Bahamas, I think most insurance companies will be able to deal with the majority of claims in the next few months. The rebuilding exercise is going to be mammoth.”

Mr Ward added that it was “inevitable” that Dorian, which is currently estimated to have produced $500m-plus worth of insurance claims, will cause an increase in Bahamian property insurance premiums during the next renewal cycle.

“At this point not only premiums will probably be impacted, but the terms and conditions specific to Abaco and Freeport, and possibly elsewhere, are going to be revised to ensure that, at the end of the day, the industry will be in a position to provide coverage on an affordable basis,” he said.

The continued affordability of insurance coverage, Mr Ward added, will be determined by the performance of the Bahamian economy and if incomes can keep pace with any rise in premiums.

What is our Minnis-led FNM government doing to ensure these Dorian-flooded vehicles do not end up on New Providence Island?

The Government will open up a used-car dealership. That way they will have control of the flooded vehicles!

Insurance companies are complicit in these wrecked vehicles returning to service by paying off a lower value with the owner "buying the wreck" back. At first, in the duty free exemption for Abaco and GB for replacement vehicles Customs supposedly takes possession but the insurance companies balked at that. Customs has reverted to being satisfied of a settled claim/write off but again, Insurance companies must not re-sell or they'll all be on the roads.

Apparently they call the 10% payout reduction a "salvage fee" if you "buy your wreck" back from them.

Perhaps this could be a teachable moment. What if we completely rethought the way to transport people from point A to point B. Isn't this what most all vehicles do for 99% of their usage? What if we looked at the economic savings as a country, the moral imperative of getting off of fossil fuels, and the untold environmental benefits of ceasing the current dependence on cars? What if we actually made mass transportation into a reality? The Bahamas is a perfect place to implement these ideas. The entire world would take note. Of course the auto dealerships would say this is a bad idea, as would the gas stations, service stations, used car parts dealers and the insurance companies. Now, tell me what really stands in the way of making sensible changes for this country? Think hard. We don't get a second chance, like in school.