‘I wished we could have said goodbye’: Wife’s sadness as leading specialist claimed by virus 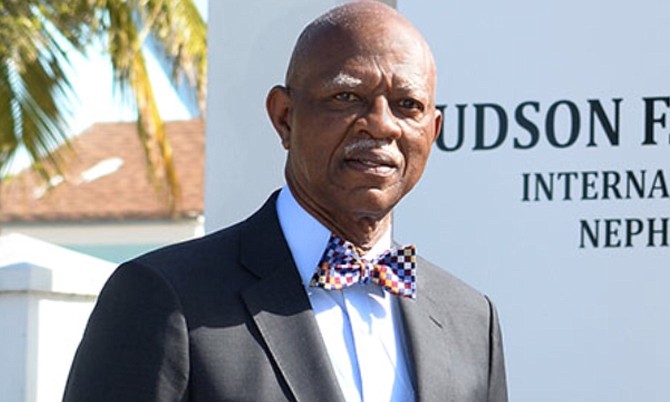 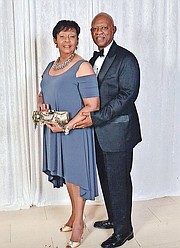 DR Judson Eneas had been married to his wife Marcheta for nearly 50 years.

THE death of Dr Judson Eneas, 72, due to COVID-19 complications left his wife unable to say goodbye to her husband of nearly 50 years. On Tuesday, March 31, Dr Eneas was taken to hospital after his condition began to decline. He suffered through symptoms of the virus for several days prior to his death, according to his nephew.

By Thursday last week, the veteran nephrologist - kidney specialist - was placed on a ventilator. He died just two days later on Saturday.

He is the country’s first doctor to die from COVID-19 and the fifth virus fatality.

Dr Eneas, identified by healthcare officials as case #18, had no history of travel and is linked to a previous case who had also been hospitalised.

Dr Eneas’ wife Marcheta sent a voice note to family members from quarantine, saying she believed her husband’s death was “God’s perfect plan”. She added she was saddened by this turn of events.

“I am not angry, I’m not angry at all. I’m sad. The saddest thing is that I couldn’t go to the hospital and say goodbye to him last night and I’m also quarantined and not allowed to leave the house.

“Two of his children live in California and Maryland and they might not be able to come and if they do get here, they won’t even be able to come to their mother’s home and find comfort.

“This was a year that I will never forget. (The year) 2020 will always be on my mind. His birthday is April 18 and our 50th will be June 20th. We had great plans but they are set aside now.”

“I still trust in God and I still love Him,” Mrs Eneas added.

Mrs Eneas’ eldest son has been placed in quarantine with her because they both were exposed to the deadly virus.

The prominent doctor also has two daughters who live in the United States.

The death sent shock waves throughout the medical community yesterday.

For the Eneas family, this death is especially difficult as the physician’s brother - Cleveland W Eneas II - died just a year ago, leaving only one sister, Dr Agreta Eneas Carey.

It will now be a long road ahead for all the family, Mr Eneas said.

“I spoke to my aunt, Dr Agreta Eneas Carey, most recently,” he said. “She was the one who actually broke the news to me just after 12 this morning. We are still getting over my father’s death so this is kind of compounding the situation.

“Like my aunt said to me, that both her parents and now both of her brothers have passed and so while it’s easy for any of us to feel sorry for ourselves, I feel it for my uncle’s wife who right now is in quarantine because she too was exposed by way of him so we are praying that she is not actually positive along with her eldest son.

“Then their other two children, of course, they can’t make it into the country because of what’s going on. My aunt Marcheta, Judson’s wife, she can’t even go and see and view the body like she wants to because she is quarantined.”

He continued: “So you know those things have compounded it. The fact that he was by himself when he transitioned is also something that obviously weighs on us because the family would have liked to be there to comfort him and it’s just so many different factors. Even the doctors that worked on his case and on other cases, they are like family to us as well because the medical profession is a fraternity and my family being a part of that. This was family all the way around.

“So as far as my perspective, I am just kind of numb because this has truly been like, here we go again.

“It’s still a long road ahead,” Mr Eneas added. “Because we don’t even know how funeral arrangements will be handled with everything going on. I am just trying to be supportive as I can to his immediate family and those other members of the family that may be taking it a little harder.”

Mr Eneas recalled fond memories of his uncle. These include Dr Eneas’ Saturday morning pancakes, jokes at the dinner table and the occasional football Sunday or Super Bowl event. These memories are all Mr Eneas has now, since last talking to his uncle before his fateful ride to the hospital.

Condolences poured in yesterday for those in the medical community and political arena.

Dr Diggis wrote: “There is no easy way to accept the loss of a colleague. We are still at the beginning of a ‘fight’ which looms to take us through turbulent times over the next months....and it will continue to have casualties - this will change us all forever.

“Our hearts, thoughts and prayers go out to Dr Eneas’ family.

“He was with our dream and vision from inception. This is a great loss. Be safe and be careful.....cherish and protect those you love......additional words seem so useless right now.

“The ultimate sacrifice. Doctors on the frontline. Patient above self.”

“On this Palm Sunday, the beginning of Holy Week, my heart is heavy as I reflect on another giant of a man, a Bahamian patriot, a health professional leader, a youth leader and my personal friend and colleague, Dr Judson Eneas,” Mr Davis said Sunday.

“A trained nephrologist, Dr Eneas could have taken his considerable professional skills and talents anywhere in the world, but out of love for country, he chose to return to his home with his lovely wife Marchetta and contribute to the development of our country’s health infrastructure and civic ethos.”

Dr Eneas also had marked involvement in the community, as a youth and civic leader.

He was a founding member of the Delta Lamda Boule, a fraternity that sponsors the Gentlemen’s Club youth organisation.

He will be missed by many!

My sincere condolences to a fine man and gentleman.

In his memory, I noted an important and yet crucial fact to note is that if the COVID-19 virus is not already here in Long Island, the only vulnerable means by which it can come into Long Island is through the weekly mail boat services coming in to Long Island from Nassau. The crew members would have interacted with their families and communities in Nassau, albeit, to a limited extent.

I suggested to the Government, the Island's M.P. and the relevant Ministry to arrange to have the crew members of the mail boats tested for the COVID-19 virus before embarking on voyages to the Family Islands, in particular, Long Island.

Whether they would listen and take heed would be a serious matter for them if there is a consequential outbreak. Like the P.M. said, "hard head bird don't make good soup".

Many of us agree here on Andros. As well, the fishing boats are coming and going. If one has the virus on one of these boats, likely many have it.

They aren't doing anywhere near enough testing because they still don't have what they need to do so......simply unbelievable!

Bahamas the COVID-19 is not here to play games. COVID-19 is here to kill and destroy. Kill persons, Destroy Lives and no goodbyes. The compliance of the Rules and Guidelines is a must, compliance is the quickest route to ending this pandemic, then, and only then can we begin to heal, recover and bounce back

@mandela, totally agree! We have to follow the advice of our healthcare leaders.

… if a doctor handled a medical problem for me the way Sands and Minnis handled this medical problem, I would have sued for negligence! The only advice they have given that makes any sense is to self distance and wear masks in public places! They probably only got that right because that's what public health experts around the world agree on!

Condolences to the Eneas family. May you find comfort in the Almighty.