Face To Face: Struggling To Cope In This Crisis? Imagine If You Couldn’T See . . . 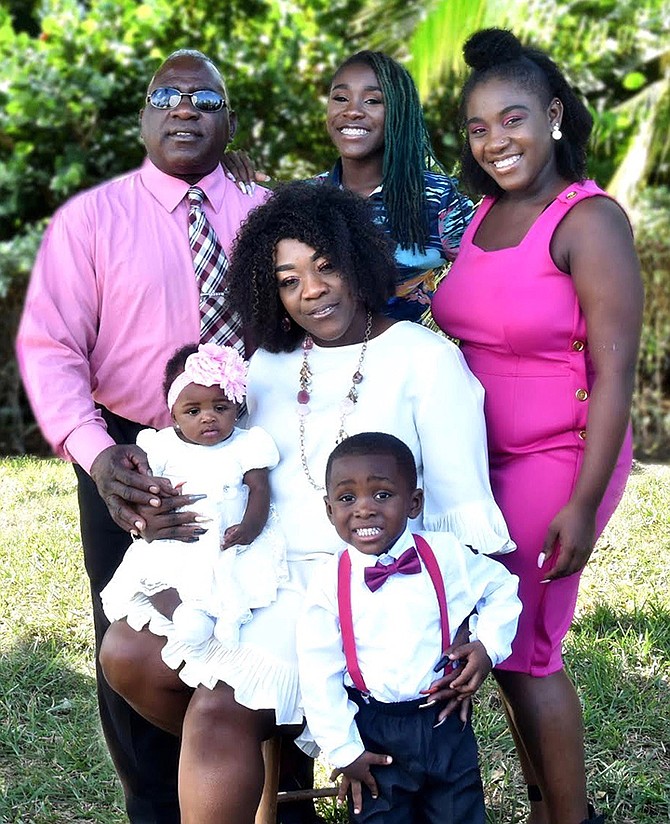 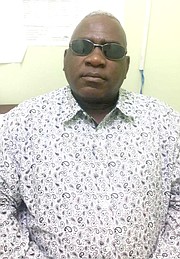 The global pandemic created by the Covid-19 virus has resulted in fear and anxiety for many as people the world over face uncertain times. People are taking measures to protect themselves, including distancing themselves from others, wearing masks and gloves. But think of how difficult all of this may be for people with disabilities. They rely on others for help and their level of mobility is different. All of the precautions others are taking are not as easy or as straightforward for them.

Take the time to think of those who are blind, for example. They have to touch surfaces more than most in order to feel their surroundings. The world must seem a much scarier place for someone in this predicament. I decided to find out from Tyrone Johnson, a professional counsellor and advocate for those with disabilities.

“There is a fear of going out… period,” Tyrone said.

“I use my white cane to move about. As I use it to touch the ground in front of me, I can’t see if someone spat on the ground. When we are done with the cane, we have to touch it to fold it and put it away. We can’t see the surfaces we touch. We need a sighted guide. Because of the pandemic caused by the coronavirus, we can’t move about on our own like we used to. It has become a costly time for us, because we have to pay for various services.

“We are thankful that there are some services being offered at this time. For example, there are people offering to do our grocery shopping. But they have to be trustworthy people. I have had instances in the past where people purchased items for themselves out of my funds and it is not discovered until someone assists me and checks the items I received against my receipt.”

While many people have the ability to work from home as the Government institutes more restrictions in movement, Tyrone still has to work, because he works in a clinic which is considered an essential service. He cannot take the bus since the restrictions, so he has to pay for a ride to work. His supervisor has granted him a more relaxed schedule, for which he is grateful. But he still considers it a challenge having to face a world of uncertainty with a virus invisible to everyone. For this reason, he said, a fund could be created for people with disabilities to help them cope through pandemics such as this.

Tyrone is a drug counselling outreach officer and a behavioural management counsellor for the Adolescent Health Centre on School Lane, governed by the Department of Public Health. He is also a certified drug abuse prevention educator who regularly hosts seminars on drug use and prevention. In addition to that, Tyrone also works as a facilitator for the Parenting Programme hosted by the Ministry of Social Services and Urban Development.

His job includes counselling young people between the ages of 10 and 19. Some of them are involved in drug use, immoral sexual lifestyles and gang activity. Others exhibit behavioural problems and may require anger management intervention.

Tyrone goes into schools and holds about nine sessions each week. He works mostly with Government-run primary, junior and senior high schools, but he also serves a few private schools from time to time. In the primary schools, his work is mostly preventative. His unit tracks the children from Grade 4 to Grade 6, and then follows them straight from junior high to their graduation from senior high school. He has found that by using prevention counselling, and by sticking with the kids as they grow, they have a much higher chance of being successful, productive citizens.

“We see a significant difference for the better in the children we have been able to track,” Tyrone shared.

“It gives me joy and a sense of purpose… the gratification that comes when you meet a child out of school and they say, ‘Mr Johnson, I remember everything you taught me in my life’. They appreciate what you have done for them and they are the better for it. It happens almost every day of my life as I go out. I called a landscaper to my home the other day and when he came, he remembered me and said, ‘Thank you! I have my own business now… thanks for what you taught me in my life!”

I wondered if he came across the occasional child who would try to take advantage of his blindness.

“Sometimes people try to take advantage, but I nip it in the bud and put my foot down,” he responded. For the most part, I don’t have a problem, they respect me. They don’t just see me as blind, but as a man. I am not hustling or begging. I am doing something positive. It’s encouraging for the kids who see that if I can do something good and make a difference, they can too.”

I have seen Tyrone in action at his office at Gerald Cash Primary. The kids there adore him and rush to him to hug him, nearly throwing him down with all the love.

Currently, Tyrone works out of the Adolescent Health Centre. There, health services are given to young people, including pregnant teenagers. Additional measures have been taken to sanitise the building in light of Covid-19. Nurse in charge Monique Terecita Rahming has done a great job at ensuring that staff members have all the masks, gloves and other supplies they need, Tyrone said.

Working with young people is a passion for Tyrone. Even before it became his profession, he served as youth leader at Angelic Baptist Church, Joe Farrington Road, with Rev Rolston Smith as Pastor. He also led the children’s choir and was coordinator of the children’s ministry. He went on to serve in the Baptist Young People Fellowship. He is currently Assistant Pastor at Judah Worship Center on Davis Street, Oakes Field, where he is also Director of the Youth Ministry. In addition to young people, Tyrone advocates for the rights of persons with disabilities. He is the current Public Relations Officer for the Disabled Persons Organisation, with Antoine Munroe as President.

August 19, 1992 was an historical day in the Commonwealth of The Bahamas. The Free National Movement had won the General Elections. People were celebrating, but emotions and even tempers were also high. A group of men had an altercation with one of Tyrone’s brothers. They came through the neighbourhood “causing trouble”. Tyrone ended up getting shot for his brother on that fateful day. He was hit in the eye. He developed Glaucoma in one eye and somehow, it spread to the other. He gradually lost his sight and by 1998, he was totally blind.

In 1997 when the inevitable was imminent, Tyrone decided to take a course in psychology to help him cope with going from a life of sight to blindness. He wanted to know how he could make such an adjustment. The course was so inspiring he continued to study psychology. By the year 2000, he decided to volunteer at the Adolescent Health Centre. He was so good with the youngsters that he was hired the following year. He celebrated his 19th year at the centre last week.

Tyrone is also celebrating 20 years of marriage to his wife Larisa this year. He is the proud father of a son, Tyrone Jr and two daughters, Ashley and Chelsea. He is also a grandfather-of-three. Tyrone boasts of a full life, and one that he is happy for. He wants the general public to understand how important it is to take consideration for persons with disabilities. For example, there are still businesses that are not accessible by wheelchair. During a health crisis such as this, some are having trouble being able to wash their hands with warm, soapy water as instructed, because bathrooms are not outfitted for them. The United Nations, he says, indicates that persons with disabilities account for at least ten per cent of the population. In this case, there are at least 3,500 in our population. He encourages all those with disabilities to join the DPO to help make their voice stronger and have their rights and needs met. Email dpo.nassau242@gmail.com or call 829-7274.