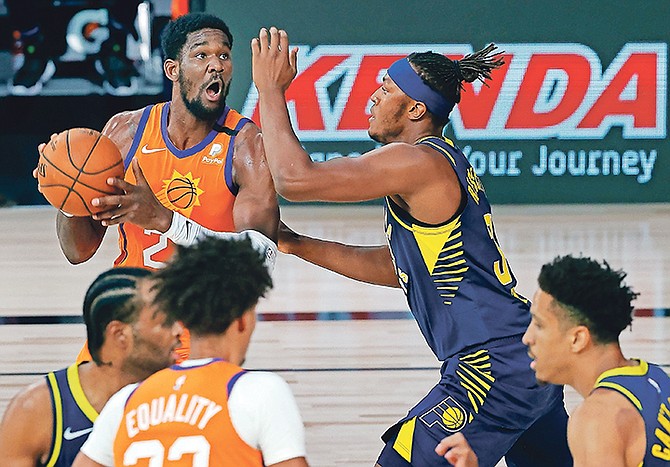 The Sacramento Kings finally got into the win column while the Phoenix Suns became the only 4-0 team in the NBA restart at the ESPN Wide World of Sports Complex in Orlando, Florida.

Ayton finished with another double double - 23 points, 10 rebounds, four blocked shots and two steals in the Suns’ 114-99 win over the Indiana Pacers.

Chavano “Buddy” Hield played sparingly in the Kings’ 140-125 win over the New Orleans Pelicans in yesterday’s first matchup on the schedule.

He scored just three points on 1-5 shooting in a season low 11 minutes.

It was just the second time he played less than 20 minutes in a game after his previous low of 15 minutes in a February loss to the Los Angeles Clippers.

“We also need him to continue to focus on playing defence, do coverages,” Walton continued.

“He gets blitzed, so we need him to continue to work on his playmaking ability and being able to pass out of those blitzes, which he’s gotten much better at.”