Insight: Who Wants To Be A Millionaire? 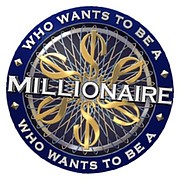 SOME of you may remember the famous game show, Who Wants to be a Millionaire? where contestants answered multiple choice questions that would allow them to cash in on one million big ones. But who knew being born Bahamian paved an even easier path to wealth? We often hear how our country is so resource rich our birthright has made each of us millionaires. This notion and the recent controversy among local activists and parliamentarians have certainly charged up the political environment with citizens, while not in unanimous agreement on what aragonite’s value translates to in the pockets of Bahamians, curious about our natural resources.

Many are of the view that the moment the bill tabled to repeal the Ocean Industries Incorporated (Aragonite Mining Encouragement) Act was sent to a Select Committee on Natural Resources, it may have been dead on arrival. There seems to be a veiled institution in place that prefers to have citizens on the lower end of the economic ladder struggle while the wealthy share the spoils. Income equality continues to be a problem for many Bahamians and those elected to do something about it only look at it as a political talking point when vying to occupy the House.

While we can credit this government for its focus on supporting small businesses and addressing the ease of doing business, what looks to be a different set of rules that apply to a select group of Bahamians undercuts our economic potential and reinforces post-colonial trauma.

Giving our sons and daughters the hope to only secure jobs has not challenged us to innovate, and value what our own can produce. We tell them to study hard and go to school, maybe pick up a trade and get a job, but only a few beat the odds and gain a seat at the table. It feels like many moons ago, parents in middle-income families were financially able to offer their children property or finances to give them a start. However, now, with the cost of living towering over the average income of Bahamians, the middle-class has fallen a few rungs and more parents are needing their children to stay at home to help them pay their bills.

The Bahamas isn’t going to evolve this way, much less see more millionaires make their fortunes in this country.

Despite multiple administrations acknowledging something must be done about the income disparity, we are left to question how serious our leaders are on the subject. Like his predecessor, Prime Minister Dr Hubert Minnis has on more than one occasion spoken of the importance of balancing the scales within the country. At the beginning of this year, when he confidently stated his intentions to be re-elected as Prime Minister for a second term, he also took the opportunity to comment on income inequality among Bahamians.

“I have seven more years (left in office)… What I’m concentrating now is to close the gap of inequality to allow more of the poor and the indigent to share in the wealth,” said Prime Minister Dr Minnis. 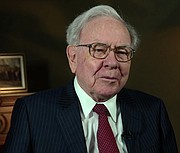 Could we learn a lesson from real billionaires such as Warren Buffett?

Perhaps he would have passed up on a great opportunity to do just that as efforts to repeal the natural resources bill were stonewalled. Somehow, my gut says we’ll never know.

The truth of the matter is that in many of our lifetimes we may never know the true value of the natural resources in this country as it is indubitably not a priority of past and present governments. Adding to that, the fact that the Bahamian people cycle through the two major parties which are both culprits of protecting the power brokers in the country – those sitting in Parliament, as well as those with enough money and clout to fill the seats with the people they support.

And the longer the majority of us stay in this self-induced trance of political allegiance, we can rest assured we will get the same results.

If Bahamians truly want to become millionaires, it’s going to require work and accountability. Notwithstanding the necessity for our government to ensure that an environment is conducive to all Bahamians having an opportunity to become wealthy, but we also must focus in our roles on what we can control.

With only 0.9 percent of the global population earning the title of being called millionaires, make no mistake, wealth creation is hard work. A great place to start is to first find the information from those that have done it successfully. If you don’t have the type of access locally, look beyond our country. Free content on the internet gives us access to free mentorship.

One great model of success is Warren Buffet. With an estimated net worth of $85.7 billion, we can probably learn a thing or two.

In studying his keys to becoming a millionaire, he suggests a few nuggets for us to digest that I think will be helpful in our pursuits: develop an entrepreneurial mindset early, reinvest your profits, avoid unnecessary debt, live simply and never stop learning.

The most important of all may be the last. Our quest to acquire knowledge should never end, as that is the only way we can unlock the power within us.

What a stupid article.

Bahamians can not change the system, for those in power determine who the next leaders will be. And they ain’t gonna let anyone who might alter the status quo run for office.

Democracy is a scam. Here’s two idiots, pick one. That’s all it is.

The rulers make sure the two idiots are going to keep doing what the previous idiots have done.

Anyone who try’s to break in will not be given a chance.