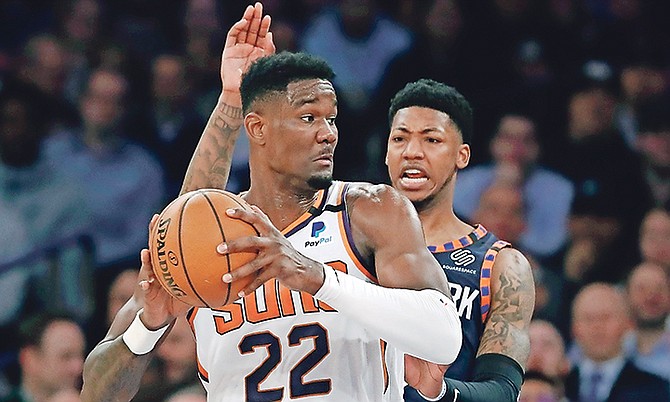 The Suns shot 51 per cent (47 for 92) from the field and placed five players in double figures in their third win in four games. Devin Booker scored 29 points, and Ricky Rubio had 25 points and 13 assists.

Ayton, the No. 1 overall pick in the 2018 draft, was 11 for 15 from the field in his 11th game this season. The 6-foot-11 centre played on opening night, and then served a 25-game suspension for violating the league’s anti-drug programme after testing positive for a diuretic. He sprained an ankle in his return to the lineup on December 17.

Julius Randle led the Knicks with 26 points. Marcus Morris Sr, who returned to the starting lineup after missing five games with a sore neck, had 17 points, and Mitchell Robinson finished with 12.

The Knicks pulled within four on Morris’ jumper early in the third before the Suns pulled away again. Dario Saric’s layup made it 79-66 with 6:40 left in the quarter.

Saric scored 11 points for Phoenix, which led by as many as 29 in the final quarter.