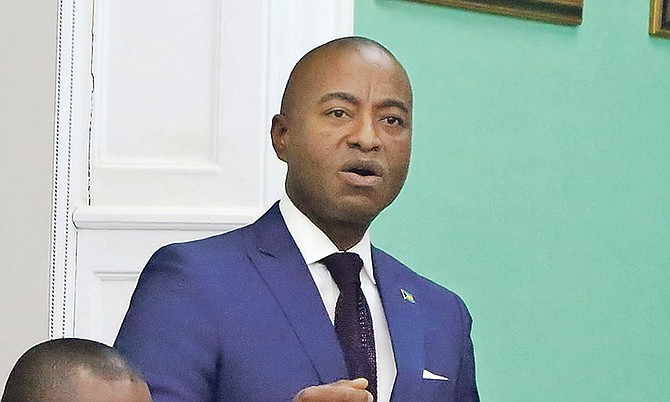 “(Evacuation) is not a consideration for us at the moment,” the minister told reporters at an agreement signing yesterday.

“One thing we know is that we don’t have any direct flights to The Bahamas from China and so the United States, Canada and elsewhere in the region which enjoy the capacity to have a direct flight (from there) would probably be the first place to look at, which should happen.

“But, at the moment, we see no real reason to remove Bahamians from China. The World Health Organisation, PAHO have all indicated that it wasn’t necessary to issue any kind of advisory at the moment.”

According to Health Minister Dr Duane Sands, there are also no plans by the government to increase entry screenings in the country as international bodies say this preventative method is not terribly effective.

Since its outbreak in Wuhan, China, the virus has killed more than 80 people and sickened thousands worldwide, with cases already found in the United States, Canada, Thailand, France, Japan, South Korea and Australia, according to international reports.

To date, there have been no reported incidences of the virus found in The Bahamas or among Bahamians living in Wuhan.

Still, officials have said they will be watching the matter very closely.

“We have our embassy in Beijing monitoring very carefully what is going on in Wuhan,” Mr Henfield said yesterday.

“We know that we had nine students. I think four were away, five remained and they are being monitored on a daily basis and quite frankly, even on an hourly basis to ensure that they’re okay,” the foreign affairs minister added.

“Up until this time, all is well with them and they’re doing okay, and we will continue to monitor what’s going on with this virus.”

Asked if there were any concerns of Chinese visitors possibly bringing the virus to The Bahamas, the minister replied: “No, we don’t have any direct flights from China. We will continue to monitor our borders as people arrive (from) China and anywhere else.”

His comments came after a Bahamian student in Wuhan posted in a group on Facebook, expressing fears over the virus.

“…We came to China to better ourselves to come home to serve our country,” the student wrote.

“An opportunity years ago that no one ever foresaw this would happen now in 2020. It is not airborne. It is a transferable virus as in a person needs to come into contact with someone or something that has it.

“We all are taking measures to protect ourselves and miss home very much. So please, understand that it is not a personal choice to be on lock-down and it is frightening.

“... People are generally scared  and worried that reside here. Rumours are spreading fast and it’s difficult to determine what is true and what is not.’

Meanwhile, another Bahamian living in Hong Kong added: “On top of hand washing, I have stopped buying fresh fruits and vegetables or anything prepared that could have been exposed. Canned, frozen and jarred will have to do.”

She added that she was even stripping labels off cans and jars and placing them in hot water and dishwashing liquid before opening to prevent catching the illness.

“I am even quarantining my groceries,” she wrote. “I purchase and let sit for a few days and follow the official government website that lists places and persons infected (where they) have lived, worked, visited. If after a few days no case is close to my area or connected to the supermarket then I start using my supplies.”

Speaking to The Tribune on Sunday, Dr Sands said that while the concerns over the virus are understandable, there remain far greater threats in measles and influenza that many Bahamians have chosen to ignore.

“So, in the time that we have been worried about coronavirus and some 56 people died at the same time we’ve had some 10,000 people die from measles. While we are worrying about corona, 4,0000 have died worldwide from influenza. The issue is people are far more likely to die from the flu or measles than you are from corona,” he said.

Symptoms of the coronavirus can include fever, cough, shortness of breath, difficulty breathing and respiratory problems.

To help prevent the spread of infection, people are advised to wash their hands frequently, cover their mouth and nose when coughing or sneezing and avoid close contact with anyone showing symptoms of respiratory illness.

Don't y'all like to travel everywhere? Maybe you should visit Wuhan to provide the Bahamian students some comfort and support. Lol

I hope to God I never have to rely on government rendering me assistance in any capacity at any time ever, either locally of if I am abroad! The whole lot of them are dimwits!

I guess he doesn't know that an ounce of prevention is worth a pound of cure!

Do the students have a say in this?

Isn't he among same red MP's, who said not damn word - after the moments Hurricane Dorian had hit the Abaco's, whose own Imperialists red shirts cabinet colleges, couldn't see no real reason, not charge price plane's tickets, before they would allow Abaco's constituents to board the plane to flee their way off and away from hurricane's stench death devastation?