Stateside: The Third-Party Candidates Who The Big Boys Don’T Like At The Party 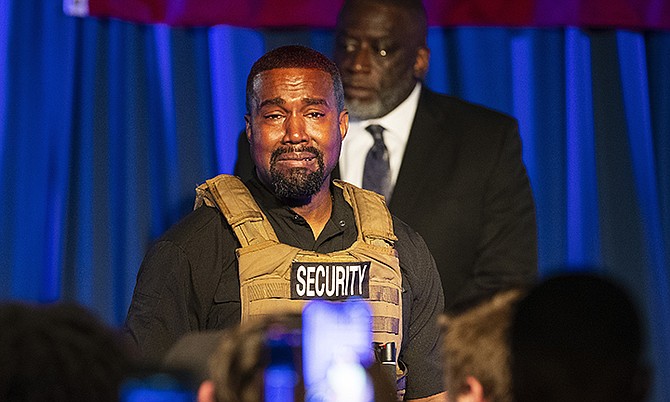 Kanye West making his first presidential campaign appearance in South Carolina when he delivered a lengthy monologue touching on topics from abortion and religion to international trade and licensing deals.

Did you know there were 21 third-party candidates who received votes in the American presidential election of 2016? They were supported by such diverse collections of voters as the Prohibition (no alcohol drinking) Party, the Green Party, the Libertarian Party and three different versions of the Socialist Workers Party. Together, they collected over six million votes in an election that saw Hillary Clinton lose in the American electoral college despite garnering over three million more votes than Donald Trump.

In states with close elections like Wisconsin, Michigan, Pennsylvania, Florida and Arizona, if just half of the third-party voters had backed Clinton, we could be castigating her instead of Trump for her handling of COVID-19.

Already for 2020, the Libertarians have nominated Jo Jorgenson; the Greens have selected Howie Hawkins and the Constitution Party has picked disgraced West Virginia ex-coal mine boss Don Blankenship. We’ll see how they do this year, but Gary Johnson won four million votes for the Libertarians four years ago.

And on July 4, the ranks of third-party candidates for this year added a real headline-grabber: billionaire music mogul and Yeezy sneaker impresario Kanye West who has flirted with Donald Trump and is scaring Democrats who are petrified with fear that they will somehow again underestimate Trump in their residual disbelief that the American people could possibly re-elect him.

But is West’s candidacy real? There are questions, some of which were underscored the other day when his wife, the TV celebrity Kim Kardashian, acknowledged to CNN that West has been diagnosed with bipolar disorder and said it’s “incredibly complicated and painful for many to understand”.

Maybe so, but West has qualified to be on the ballot in Oklahoma. He is already too late to file in a lot of other states, many of which are going to deliver their votes for Biden anyway. But third-party candidates always scare the big established political Republican and Democratic duopoly in the US, and sometimes with good reason. In 1992, H Ross Perot’s maverick candidacy hurt both Bill Clinton and George H W Bush as Perot won 19 percent of the vote. Here is some of what West had to say recently: “It is a form of racism and white supremacy and white control to say that all black people need to be Democrat and to assume that me running is me splitting the vote. All of that information is being charged up on social media platforms by Democrats. I was told that if I voted on Trump my music career would be over.

At the very least, Kanye West is a wild card heading toward November. Both Trump and Biden are sure to keep an eye on him as long as he remains in the race.

Looking for someone to blame for COVID woes - try Ron DeSantis

Looking for an American to carry the blame for the COVID-19 devastation of the Bahamian tourist industry? A good candidate might be Ron DeSantis. Florida’s governor has mismanaged his state’s response to this public health crisis. The Bahamas is suffering as a result.

At 41, Florida’s Ron DeSantis is the youngest incumbent governor in the United States. His resume is impressive. Born and raised in Florida, he got degrees from Yale and Harvard, did a stint in the US Army which included service in Iraq and a detail to the US Attorney’s Office in Central Florida. He was elected to Congress in 2012 from a district stretching northeast along I-4 from Orlando to the outskirts of Daytona Beach.

In 2016, DeSantis was hopeful of snagging the GOP Senate nomination until Marco Rubio, having been trounced by Donald Trump in the primaries, decided to run again for his own Senate seat after all. Then in 2018, DeSantis parlayed his loud support for Trump in the Robert Mueller investigation into the President’s support for a gubernatorial run. Buoyed by Trump’s endorsement, DeSantis narrowly won and presides over the Sunshine State today.

DeSantis’ consistent adherence to Trump’s seriously flawed coronavirus playbook is blamed for at least some of Florida’s current woes. According to press reports, DeSantis has met once this month with his top health experts. Instead, the governor appears to rely principally on wife Casey and the former hospital executive who serves as his chief of staff.

The fact that nearly 6,000 Floridians have died from COVID-19 and two percent of the entire state population is now infected shows the governor could have done a better job at protecting his constituents, many of whom in better times would be heading to The Bahamas to spend some dollars. Instead, DeSantis’ approval ratings have dropped by 25 percent and his state’s own massive tourist industry is slumping.

Trump doesn’t see it. “Ron DeSantis is doing a great job and will go down in history as a great governor of Florida,” the President said.

Not on current evidence. The governor has led his state down the same dreary path Trump would take the rest of the country – if other governors were as slavishly devoted to following the President’s often fallacious advice.

The director of the University of Florida’s Emerging Pathogens Institute told the Washington Post that “in Florida we failed to convince people that as things began to open up there remained a critical need to maintain the basic practices recommended by the CDC, including masks and social distancing.”

A West Palm Beach nurse summed up Florida’s COVID-19 response this way: “The fairy tales about everything being under control are nonsense. Our government has failed us.” 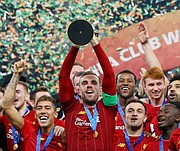 As American professional sports try to resume some sort of normal activity, the major European soccer leagues have largely completed their business for the year.

In the best and by far most competitive league, Liverpool nevertheless ran away with the English Premier League title. Setting several records and nearly matching a couple of others, the Reds fulfilled the promise of their magnificent early season to win their first EPL title and first top-flight championship in 30 years.

Runners-up and defending champions Manchester City may be the second-best team in Europe. These two power houses were joined at the top by Manchester United and Chelsea. Further down the table, venerable Aston Villa managed to stay in the top division for another year and will be joined by tradition-rich West Bromwich Albion and Leeds moving up from the second tier.

But the rich do keep getting richer in Europe. It is hardly surprising to find such teams as Liverpool and Man City at the top in England. They are wealthy and powerful. In the top leagues in Italy (Juventus of Turin), Spain (Real Madrid), France (Paris St. Germain) and Germany (Bayern Munich), the champions were all predictable. Except for Spain, where Barcelona often crashes the championship party, these titlists have been winning for years.

Back in the US, baseball has resumed playing games that count in its 60-game season, after which more than half of all its teams are scheduled to compete in the televised, lucrative playoffs. The most significant opening series was in Washington, where the New York Yankees looked strong in beating the current champion Nationals.

Injuries and COVID absences are continuing to influence this already-weird season, with Houston, the Nationals and Dodgers among teams already suffering significant losses. And the Marlins have become a highly problematic proposition.

So far, sort of OK for the other big American leagues. The NBA is following its plan at Disney World in Orlando. The NHL is staging a playoff play-in. And the NFL, having cancelled all its exhibition games, has reopened its training camps around the country. Everyone in pro sports, big-time college sports and at the TV networks who underwrite them all with huge broadcast contracts is holding their breath.

What else can they do? The virus will have the last word.