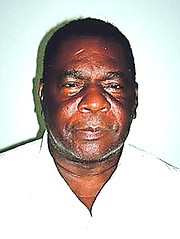 DR Patrick Roberts, a general practitioner who helped to revolutionise sports medicine in the Bahamas, died around noon on Saturday at Doctor’s Hospital as a result of a heart failure.

The founder of the Bahamas Medical Arts Institute on Fort Charlotte was 78 and left to mourn his wife, Jodell, two daughters, Raine and Patricia and a host of other relatives, including legendary coach turned politician Neville Wisdom.

“Our family was involved in a lot of national affairs, whether it be in politics, in culture, in medicine and in sports,” said Wisdom, who served as a former Minister of Sports under the Progressive Liberal Party.

“Dr Roberts was the team doctor for a number of our national teams at the Pan American Games, the Commonwealth Games and the Olympic Games and he was the first chairman of the Bahamas Sports Medicine Committee and was the Bahamas representative for the World Anti-Doping Agency.”

According to Wisdom, during his involvement in sports, Dr Roberts provided philanthropic services to many sporting personnel who sought his service, whether they had the funding or not.

Wisdom, who grew up in the same house with Dr Roberts like brothers, said Dr Roberts was also a devout Christian who served as a senior member of the Trinity Methodist Church and a former member of the congregational board.

“He has earned awards and diplomas that are too many to mention,” Wisdom said. “He’s travelled the world and he completed a draft for a book that I have. In the book, he was involved in the early planning of the CARIFTA Games. There are photos to prove it.

“He was a very knowledgeable person on sports and by virtue of being the doctor for various national teams, he interacted with many sports like tennis, swimming, boxing and track and field. He was also the official doctor for professional and amateur boxers. He was at almost every boxing event in the country.”

Condolences poured in to the family of a doctor that was well loved for his unselfish and dedicated work to the local and regional sporting community, having worked with many athletes who needed medical assistance as they travelled around the world.

Wellington Miller, a former president of the Bahamas Amateur Boxing Federation and the Bahamas Olympic Committee, said it was back in 1979 when they travelled to the Pan American Games in San Juan, Puerto Rico, as an assistant boxing coach that he was first introduced to Dr Roberts by Leonard “Boston Blackie” Miller, the head boxing coach.

Dr Roberts was the team’s doctor.

“Dr Patrick Roberts was a friend to the boxing community,” Miller said.

“He helped boxers at all times with their physical for a fight and he never charged them.

“You could always send boxers to Dr Roberts, or call Dr Roberts and he always took good care of them. He helped many athletes in this country. He was a good man to work with. He was a very pleasant gentleman.”

Miller said whenever they travelled, Dr Roberts always told him that once he had eaten his breakfast, he was good to conduct medical examinations on a boxer.

As a personal friend of Leonard Miller, Miller said once Dr Roberts confirmed a medical report on a boxer, Leonard Miller would always tell them that the boxers could rely on it.

“Over the years, we became very good friends,” Miller said. “I remember when he was honoured by the Olympic Committee and I had the pleasure of presenting him with his ward.”

After he travelled on his last national team in 2008, Miller said Dr Roberts advised him that he should give some of the other medical professionals a chance to accompany the team.

“Dr Roberts was a gem of the first order,” Miller stated. “He was greatly respected. I remember one time we were in the stadium for a local boxing show and the doctor didn’t make it. We called Dr Roberts and he came right over and conducted the medical aspect so the show could go on.”

Vincent Strachan, the current president of the Bahamas Amateur Boxing Federation, said Dr Roberts was a “giant in the medical field, who did more for boxing than any other doctor and never sought financial reward for his service.”

Former secretary general Alvin Sargent called Dr Roberts a “tremendous individual, whose contributions to the Commonwealth of the Bahamas is immeasurable.

“He was unselfish and would never turn his back on any client whether they had money or not. Dr Roberts has been a personal advisor and mentor from the day I entered boxing. The medical and sporting fraternities have lost a gentle giant. The Commonwealth of the Bahamas is a much better place because of Dr Patrick Roberts.”

And former lightweight boxer Quincy ‘Thrill-A-Minute’ Pratt said he’s saddened by the loss of Dr Roberts, who conducted his first medical exam when he turned pro in 1989. Pratt called him a “good man.”

“He’s considered one of the pioneers in sports medicine before we really knew what sports medicine was all about,” Sands said. “He was available to give some very sound medical advice way back in the day that proved beneficial to us.

“So he will definitely be sorely missed because he was particularly there for me during my early days of competing. He was always available for consultation in sports medicine.”

Sands, who now serves as the president of the North American, Central American and Caribbean (NACAC) track and field organisation, said it’s a pity that a lot of the young athletes didn’t have the opportunity to glean from the experience of Dr Roberts.