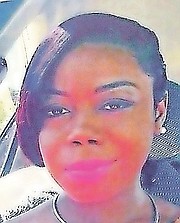 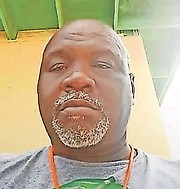 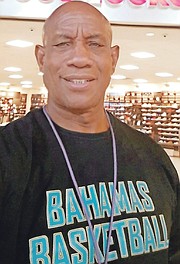 VERSATILE athlete Jonique ‘Mini’ Webb and veteran coach Sherman Smith, who both passed away this year, will be remembered with a girls’ and boys’ summer camp presented by the Diamond Basketball development programme.

Terrance ‘Red Eye’ McSweeney, the director of the programme which was initiated in 1994 and was under the radar until 1998 when it became public, announced plans for the camp, scheduled for Monday, July 14 to Friday, August 14 at the Hope Centre basketball court.

The intense training sessions will be conducted daily from 9am to noon for girls between the ages of eight and 16 and from 1-4pm for boys 8-12.

McSweeney revealed that the programme was started in 1984 to assist with the development of the Suns’ girls basketball programme at Temple Christian.

At the time, McSweeney’s daughter, Tamara Diamond McSweeney, was playing for Temple Christian.

McSweeney, however, said after he saw her potential in track and field, he moved her to St Augustine’s College, but she opted to play basketball for the Big Red Machine until she graduated in 2006.

Sweeney recalled how he got a call from Jordan Prince Williams to assist their Falcons girls’ basketball team where he got to work with Webb.

He said he accepted the offer because coach Hattie Moxey along with coach Shayne Sweeting at St Anne’s School were the only two to bring their players into the Diamond Basketball programme.

Webb was a former member of the Falcons junior girls’ team and McSweeney got a chance to coach her at Jordan Prince Williams as a member of the senior team against his daughter and her Big Red Machine at SAC, coached then by Marco Mullings. “Mini Webb, as I called her because of her petite figure, was an exceptional player,” said McSweeney of Webb, who passed away on January 19 at the age of 30 after a battle with lupus.

“When she played at Jordan Prince Williams, she was the heart and soul of the Falcons girls’ teams in basketball, volleyball, softball and track and field. I’m proud to be able to honour her in this camp.”

Smith, according to McSweeney, was a great basketball coach and mentor for both his boys and girls basketball teams at Carlton E Francis Primary School. Smith, however, passed away at Princess Margaret Hospital in April just before his 54th birthday.

Based on the area at the Hope Centre, McSweeney said they can accommodate up to about 150 players utilising the social distancing, as prescribed by the health officials in light of the spread of the coronavirus.

“We will have them in lines during the drills on the court,” McSweeney said. “So we have a plan in place to accommodate all of the players when they come out to the camp.”

The registration fee is $25 per day for each camper, but for the duration of the camp, McSweeney said parents can take advantage of a discount if they pay the full price of $180.

Pre-registration will take place on Saturday, July 11 at the Hope Centre from 9am to 2pm for both boys and girls. Further information will be provided at a formal press conference next week.

The Diamond Basketball development programme, according to McSweeney, also has Saturday dribbling and shooting sessions at the Hope Centre and on Sunday at the Tom ‘the Bird’ Grant Park for those persons who can’t participate on Saturday.