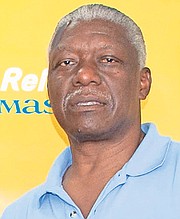 The globe’s biggest sporting spectacular is scheduled for July 24 to August 9, but the IOC has not made a definitive decision on whether or not the games will be held in light of the spread of the Coronavirus Pandemic.

The IOC and the Japan Organising Committee are still pushing forward with its plans to host the games, but World Athletics, formerly called the International Amateur Athletic Federation, through its president Lord Sebastian Coe, said it is “neither feasible nor desirable” amid growing international concerns over the pandemic.

“No one wants to see the Olympic Games postponed, but as I have said publicly, we cannot hold the event at any cost, certainly not at the cost of the athlete safety and a decision on the Olympic Games must become very obvious very quickly,” Coe said.

“I believe that time has come and we owe it to our athletes to give them respect where we can.”

On Sunday, Canada, one of the member affiliates of NACAC, became the first nation to announce their withdrawal from the games. The Canadian Olympic Committee (COC) and Paralympic Committee (CPC) called for the games to be postponed. They said Team Canada would not participate if the event went ahead this year.

Sands, a former Bahamas Association of Athletic Associations’ president, said NACAC abides by the decision of its parent body, World Athletics, and after they canvassed their membership, they are in agreement that at minimum, the games should be postponed.

“It’s not my view. It’s the view of all the membership. We have spoken to them to get their views to file our report to World Athletics and that is what we agreed upon,” Sands stressed. “At the end of the day, every LOC, every National Olympic Committee, have joined with World Athletics in calling for the IOC to atleast postpone the games.”

In the case of Canada withdrawing from the games, Sands said ultimately all NOCs, including the Bahamas, will have to make their individual decision on whether or not they want to travel to the games or not, if a final decision is made to continue with the games. “I have not had any contact with the BOC (Bahamas Olympic Committee) because I first have to deal with the international federation, which is World Athletics,” Sands pointed out. “I have to be guided from them in reference to dealing with our membership (NACAC) first.

“It is a question of following the established sports protocol and so I have to abide by the ruling of World Athletics first.”

Sands said every membership of NACAC that he has spoken to, including the Bahamas, find themselves in a complex situation because the athletes are being negatively impacted in their training, either by not having access to the facilities or they can’t gather together as a team in numbers.

“So it is very, very difficult to be in the kind of optimum condition that one wants to be in, particularly at this level of competition,” said Sands, who himself was a former sprinter who represented the Bahamas at the Olympic Games.

“It’s not just the question of the Olympic Games being postponed, but also a question of whether or not athletes can prepare themselves, once a decision has been made, if the games will go on as planned because you have to have a purpose for training and there has to be a target mark to determine how your condition is coming.”

And without any competition being staged with a number of international events scrapped, including the Penn Relays, the oldest running meet in the world with its 125th edition already called off, Sands said the difficult part is there is no certainty about when track and field competition will resume.

“The athletes are all uncertain because you can’t plan their training in any specific way and you can’t give them any guidance because the whole thing is a level of uncertainty,” Sands said.

“I’m sure they are training and they are trying to maintain their level of fitness as much as possible, but maintaining fitness and maintaining competitiveness is two different things.”

As the athletes sit in limbo from one day to the next, Sands advised them to maintain their fitness level because at some point, “this too shall pass” and at some point, the world will return to normalcy, but the question is at what competitive level.

The IOC has said that they will make a decision on the games within the next four weeks and repeated its insistence that a cancellation was not being considered. Among the options are scaling down the event, holding the games later this year or postponing until 2021.

When a final decision is made, Sands said World Athletics and NACAC will look at providing some type of competition for their athletes to engage in, but it’s all premature because there are some things in the works, but they can’t plan for the rest of the year until they have been given the all-clearance to resume activities.