Tokyo Games ‘Not Going To Start On July 24’ 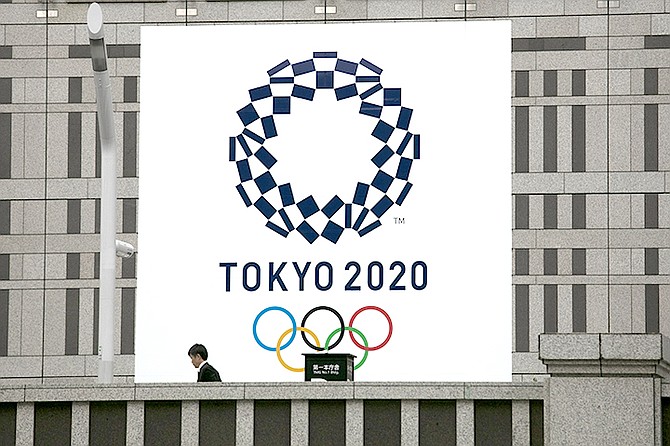 A man walks past a large banner promoting the Tokyo 2020 Olympics in Tokyo, Monday. (AP)

AS pressure continues to mount from athletes, member federations and healthcare professionals, one International Olympic Committee official gave the first indication that the 2020 Tokyo Games will be postponed due to the coronavirus COVID-19 outbreak.

IOC member Dick Pound told USA Today: “On the basis of the information the IOC has, postponement has been decided. The parameters going forward have not been determined, but the Games are not going to start on July 24, that much I know.”

He said: “It will come in stages. We will postpone this and begin to deal with all the ramifications of moving this, which are immense.”

Pound’s announcement came just hours after IOC President Thomas Bach released a statement following a meeting over the weekend that the IOC would make a final decision on the status of the games within a month’s time.

The Executive Board of the IOC said that the organisation would “step up its scenario-planning” for the upcoming games in Japan, originally scheduled for July 24 to August 9.

While Bach did not commit to any path of action, it was the first time the organisation acknowledged that postponement was a possibility.

“The scenarios relate to modifying existing operational plans for the Games to go ahead on 24 July 2020, and also for changes to the start date of the Games.

“This step will allow better visibility of the rapidly changing development of the health situation around the world and in Japan. It will serve as the basis for the best decision in the interest of the athletes and everyone else involved.

“On the one hand, there are significant improvements in Japan where the people are warmly welcoming the Olympic flame.

“This could strengthen the IOC’s confidence in the Japanese hosts that the IOC could, with certain safety restrictions, organise Olympic Games in the country whilst respecting its principle of safeguarding the health of everyone involved,” the statement read.

“On the other hand, there is a dramatic increase in cases and new outbreaks of COVID-19 in different countries on different continents. This led the EB to the conclusion that the IOC needs to take the next step in its scenario-planning.

“A number of critical venues needed for the Games could potentially not be available anymore. The situations with millions of nights already booked in hotels is extremely difficult to handle, and the international sports calendar for at least 33 Olympic sports would have to be adapted. These are just a few of many, many more challenges.”

Pound’s revelation also follows the withdrawal of the Canadian and Australian Olympic Committees who both said they would not send athletes to the Tokyo Games due to risks associated with the outbreak. Both also called for the games to be postponed. According to insidethegames, World Athletics became the first international sporting body to lobby for the postponement of the Olympics when President Sebastian Coe wrote a letter to Bach stating it is “neither feasible nor desirable” to continue with the games as planned.

Several issues including competition fairness, a lack of training and injury concerns for athletes all stemming from COVID-19 were cited as reasons for proposed postponement.

“No-one wants to see the Olympic Games postponed but as I have said publicly, we cannot hold the event at all costs, certainly not at the cost of athlete safety, and a decision on the Olympic Games must become very obvious very quickly,” Coe said.

“I believe that time has come and we owe it to our athletes to give them respite where we can. Every one of my area presidents believes that we can no longer expect a fair and level playing field in our sport given the number of athletes who are struggling to train in various countries due to measures put in place to prevent the spread of the coronavirus,” he wrote. “If we lose the level playing field, then we lose the integrity of the competition.

Last week, the World of Athletics suffered a major setback as the Diamond League postponed its first three athletics meetings of the 2020 season due to be held in April and May in Qatar and China because of the ongoing outbreak. All Bahamian Olympic qualifiers thus far have come from athletics: Shaunae Miller-Uibo, Steven Gardiner, Tynia Gaither, Pedrya Seymour, Jamal Wilson and Samson Colebrooke.