World View: Salute The 'Caricom Three' For Their Sacrifice 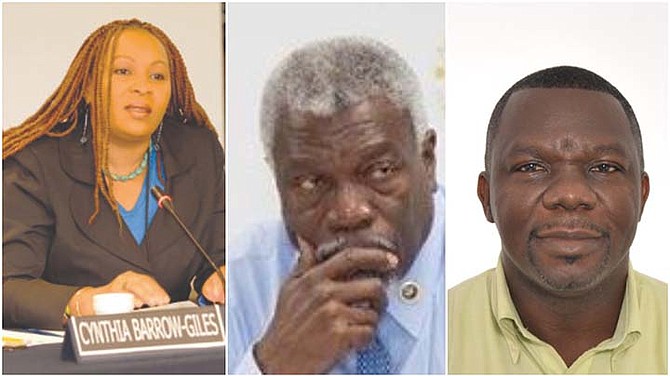 HERE are three heroes of democracy in the 15-nation Caribbean Community (CARICOM): Cynthia Barrow-Giles (St Lucia/Barbados), John Jarvis (Antigua and Barbuda) and Sylvester King (St. Vincent and the Grenadines). Their names must not be forgotten.

These three persons have devoted 22 days of their lives so far to scrutineering a recount of the votes cast in the Guyana general elections of March 2. In a period of COVID-19 with exposure to the perilous coronavirus and amid a curfew, they have done little else, from daybreak to nightfall, except to scrutineer an exhausting recount of the votes with all the challenges and demands that are being made by some political party agents.

At the end of all this – whenever that comes – these three persons deserve a special award as Champions of CARICOM Democracy. And the Caribbean Community should bestow it upon them. They are not doing their jobs; this exercise is not their jobs; it is an act of self-sacrifice and dedication to democracy. Sadly, it appears far from over.

Barrow-Giles is a Senior Lecturer in the Department of Government at the University of the West Indies, John Jarvis is a Commissioner of the Antigua and Barbuda Electoral Commission and Mr. Sylvester King is the Deputy Supervisor of Elections of St. Vincent and the Grenadines. Each of them left their homes and their families during the eruption and spread of COVID-19 to carry out this arduous task.

What was expected to be a 25-day recount process, ending on May 30, has been stretched out by obfuscation and by dilatory tactics, not by any inefficiency of the persons doing the recount but by constraints imposed on the process. A big part of the constraints is the protocols demanded by the Guyana COVID-19 task force which is, essentially, a political body headed by the caretaker Prime Minister left-over from the former government.

The protocols, imposed by the COVID-19 task force, limit the number of counting stations and persons who can be present for a count. Whether such an obvious political body should have been charged with this responsibility is another matter that will feature in later analysis of the entire general elections.

In any event, the task force’s protocols have contributed to the delays, by not allowing more counting stations with appropriate protocols. At the end of Day 21 of the recount (May 27), only 55% of the 2,339 ballot boxes were recounted, leaving a balance of 1,049 boxes. While local observers of the recounting process from the private sector have given it high marks for transparency and accuracy, including revelations of huge discrepancies between the Statements of Poll at polling stations and poll tabulation results offered by the Returning Officer, Clairmont Mingo, the recounting period has to be extended to accomplish the full recount.

Eighty-seven days after it was held on March 2, Guyana’s elections result remains shrouded in uncertainty and incredulity. The Guyanese people deserve every commendation for their patience and tolerance and for not being lured into strife that would further harm them and the country.

The Chair of the Guyana Electoral Commission (GECOM) had proposed an extension of the recount period to June 16. A meeting of the Commission was held on May 28 to decide on a date, but at the time of writing no announcement had been made.

If the recount is extended to June 16, the three overburdened CARICOM scrutineers, who are already in highly pressured circumstances away from their homes and families, will be in Guyana for 37 days altogether.

All of this has damaged Guyana’s standing in the global community. The public remarks of the diplomatic community accredited in Guyana, the statements made by the Commonwealth of Nations, the Organisation of American States, the European Union and high representatives of the United States and Canada, have all urged GECOM in particular to conduct a transparent recount that leads to a credible result that is acceptable to the Guyana society and the international community. In that way, Guyana, as a nation, can claim a legitimate place in the world and in international institutions that will have to make determinations that could hurt or harm the country.

Therefore, it should be clear that the “CARICOM Three”, scrutineering the elections with only the support of the resident representative of the OAS, are striving not only to uphold CARICOM’s commitment to democracy, but Guyana’s as well.

Repeatedly, the governments of CARICOM countries, with Guyana included, have expressed, through various public instruments, “their commitment to democracy and popular participation”, and they have “pledged to work together to maintain and strengthen the institutions and processes essential to democratic government”, including “respect for the will of the people, as expressed through free and fair elections on a regular basis”.

The “CARICOM Three” are striving to ensure that those commitments mean what they say to the people of CARICOM and to the world. Neither they, nor CARICOM governments, could ignore their obligations to the reputation and values of CARICOM, Guyana included.

The contribution of the “CARICOM Three” must be acknowledged and appropriately honoured.

The writer is Ambassador of Antigua and Barbuda to the United States and the Organisation of American States. He is also a Senior Fellow at the Institute of Commonwealth Studies at the University of London and at Massey College in the University of Toronto. The views expressed are entirely his own. Responses and previous commentaries: www.sirronaldsanders.com