Insight: Soothing Platitudes Which Skirt Over Realities Isn’T Going To Get The Job Done 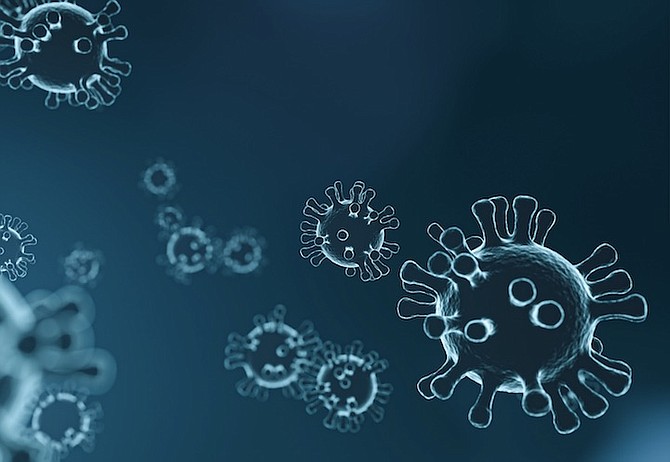 PRESIDENT-Elect Joe Biden’s path back to the White House is a story of perseverance and triumph. While Americans had no shortage of reasons to vote Biden, President Trump’s response to the coronavirus is likely what led to him losing the election in a close race. Many pundits have discussed the early delay in responding to the pandemic in what looks to be the final nail in the coffin of Donald Trump’s political career.

Already making COVID-19 his first order of business, Biden will be announcing his taskforce today. Certainly, whatever plan he comes up with will have great implications for The Bahamas.

It makes sense that after being the subject of multiple travel advisories we would want to appear as if we have the coronavirus under control with the country reopened for business.

Last week, Minister of Health Renward Wells’ touting of the “rapid decline” in coronavirus cases, however, is an oversimplification of the facts. A decrease in testing over the past few weeks is the reason for the decline. A confirmed coronavirus case is as a result of someone testing positive by way of an RT-PCR test. Due to challenges in our testing regime, many people who are asymptomatic or have mild symptoms never get tested. Add in the financial hurdle of not being able to afford it, and we understand why the health minister is soothing us with platitudes. However, he must also be careful that we don’t get the wrong message.

Playing politics with this virus will be traumatic to an entire population. Just look at the vitriol people developed for Trump this year alone. Last week, for four days straight, infections in the US exceeded the 130,000 mark. Based on their election results, the odds would say that at least 75 million Americans believe President Trump’s initial response to the virus is squarely to blame.

As millions of Americans want to know what’s the first step towards healing, with our survival intertwined with their vitality, we also want to know where The Bahamas factors in all of this.

Currently, the focus here is to reopen the economy and prevent the spread of COVID-19. One of the major frustrations with the government is the lack of widespread testing.

Wells’ predecessor, Dr Duane Sands, is a proponent for widespread testing and has not been shy about criticising the government now that he is out of the Cabinet. And while some would say that he is acting in his own self-interest, it doesn’t change the fact that it is true.

Back in June, the Elizabeth MP said: “Let me say it categorically, without a robust and consistent ability to test and definitively screen, isolate and track, if we take our eye off the ball and lessen our vigilance, we can and should expect a second wave of COVID- 19 in The Bahamas. If that happens, I dread even considering the potential economic peril.”

If he only knew.

And now, as the country tries to climb out of economic ruin swimming against the tide of a second wave, it would seem the government would like us all to feel good about where we’re at. However, political charades won’t do us any good. We know the country needs to open and we accept that. However, this “out of sight, out of mind” approach to fighting this virus will be much more harmful in the long run if kept up. It has already done an enormous amount of damage to our economy and has drastically reduced our options as to how we get it up and running again.

Authors of a paper posted on the World Economic Forum’s website discussing the potential for universal testing to bring the pandemic to an end in a matter of months believe widespread screening is the key. It makes perfect sense. That said, it has been reported that it’s quite possible the government may be considering taking this step as they are apparently discussing the implementation of rapid immunodiagnostic saliva-based tests. As these types of testing kits are a fraction of what it costs to have an RT-PCR tests conducted, this is something the government should be looking to adopt if the science supports it.

As cost has also been a major impediment to citizens getting tested until their condition is in a severe state, if the government was able to administer free testing of all citizens, we can benefit from a much more targeted approach.

Those who cannot afford to pay a few hundred dollars for a test are left in a precarious position. As a means of helping those citizens, it would have been good to see the government make steps to include COVID-19 testing in our national health insurance coverage as well. However, at the time of publication, coronavirus testing is not listed as being covered on their website.

Without a doubt, the lack of political will to ensure every Bahamian can be tested has been evident throughout this pandemic. It has not stopped others from calling for it to happen. In addition to civil society, Opposition Leader Philip Davis has also been a staunch advocate for widespread testing, as he should be if he intends to find favour with the people heading into the next election in 2022. Going further, however, using his platform to present a case for how it could be done is what will move the needle.

Among our achievements, having the worst coronavirus response in the English-speaking Caribbean is one we’re certainly not proud of. Wells, a former athlete, should know that taking shortcuts isn’t the way to win against this pandemic. He was selected as Minnis’ man because the Prime Minister believes he can get the job done. To this end, rather than giving us platitudes, give us a plan for how we can test our people, isolate the infected, stop the spread and hold our ground until a vaccine becomes available. Then, implement it.

After that - then would we have something to celebrate.

If you follow the US media, you would know that for a lot of voters Covid-19 wasn't the top issue. Voters chose Biden for a lot of reasons.

With regards to our Ministry of Health, nothing makes sense. We have a Minister not qualified for the role. We have health official giving us data that's not up to date, who are way behind in testing and are doing a poor job in contact tracing. Then we listen to a PM who should be a circus clown telling that we need to adhere to the protocols while he totally missed the WHO's recommendation of increased testing and increased contact tracing. If you don't identify who is infected and have them quarantined, how do you expect to control the problem. The PM stated yesterday we've cut the daily infections in half. What he left out is that, as stated above, we've reduced the number of testing. Also, two, he says this 50% reduction with pride but conveniently left out the positivity rate. Either he intentionally did that or he has no clue what the concept of having the virus under control means.

I stopped reading at the end of the first sentence. I saw the writer's name is Malcolm Strachan which served to confirm I didn't need to waste my time reading any further. LOL

"President-Elect Joe Biden" Biden hasn't won the presidency or the election yet. It's contested.