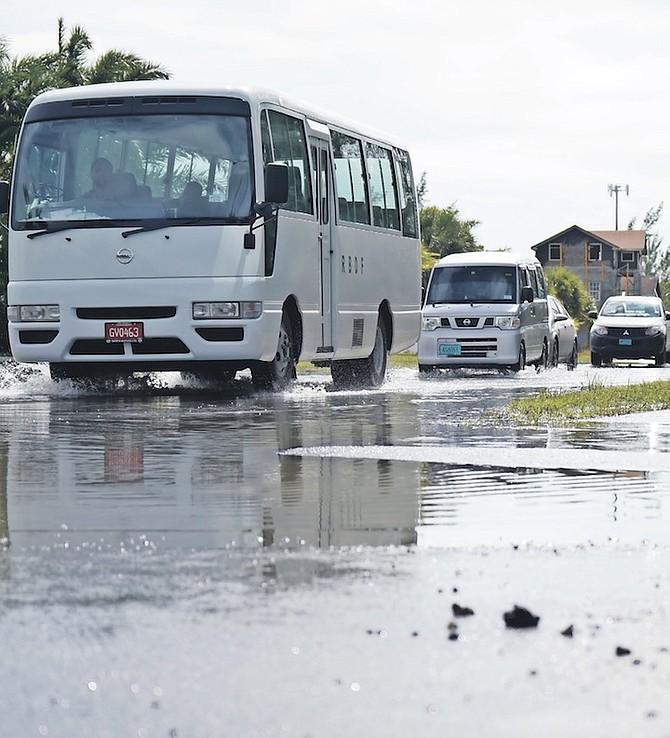 CORAL Harbour residents voiced their frustration again yesterday after the area was once again flooded by the weekend’s heavy rains brought by Tropical Storm Eta. The community has had to battle flooding issues for years, they said.

Cecile Deane estimated the water was about eight inches deep when she ventured out into the road yesterday morning.

“Today, it’s bad, but not as bad as it normally is,” she told The Tribune.

“Instead of coming out in the car, I came out in the truck, which is something I should not have to do. If I have an errand that I only need to use my car for, I should be able to do it.

“I talk to a lot of people and people are despondent. They say they are tired of complaining about it.”

Another long-time resident Emy Banks said the flooding prevented her from leaving her home to assist a friend in need.

“I have a small car so it’s really not safe to go out, especially when there are potholes,” Ms Banks said.

“It means that I wasn’t able to do what I wanted to do. For example, I want to take my friend to the doctor.

Despite there being a road repair team in Coral Harbour last week, Sean Hall indicated several potholes develop every couple of weeks when it rains.

He said having to drive through all the water can be “a bit unnerving”.

“You don’t know if there’s any new potholes that you might run into while trying to go through ‘cause you can’t see them,” he said.

“I drive a truck so it’s not a huge problem for me, but you know a lot of people don’t. They don’t have the vehicle that can traverse, you know, deep water like that easily. That can be possibly dangerous to their vehicle. Some cars are very low to the road. Bottom of the engine might actually be in the water.

He pointed to wells that are not maintained, adding they may be blocked and could be cleaned, making a massive difference to the situation.

Bannister is a sick joke that was played on the Bahamian public!

The new sidewalks are the problem....

Back the line. Pinewood and other areas have water in their houses it dwarfs the worst of coral Harbor road Floodings. Stay home, your not suppose to be on the road.