Jonquel Leads Her Team To Brink Of Fiba Qualification 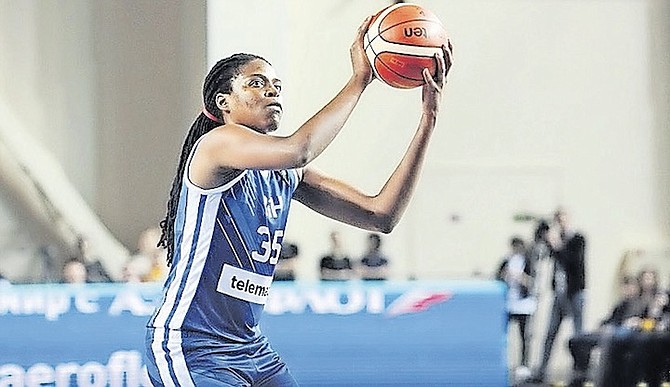 Jonquel Jones has led Bosnia and Herzegovina to the brink of FIBA EuroBasket 2021 qualification after another pair of dominant performances in the latest window.

Jones has led Bosnia and Herzegovina to a 3-1 record through two windows, second in Group C. As one of the top two teams in the group, they have an opportunity to make the Final Round for the first time since the 1990s with Estonia and Switzerland left to play.

In the opening window, Jones recorded 26 points and 16 rebounds in Bosnia’s 80-61 win over Switzerland.

In the first matchup against Russia, Jones finished with 29 points and 16 rebounds to lead Bosnia and Herzegovina to a 70-69 win.

After a break from league play for the FIBA windows, they will continue the Russian Premier League play on November 22 visiting MBA Moscow. Jones has averaged 23.7 points and 10.3 rebounds per game this season and the Foxes are one of just two undefeated teams in the league this season.

En route to a 4-0 record, the Foxes have won by an average margin of 44.5 points per game.

Jones led the team with 35 points and 13 rebounds in an 84-72 win over Nika Syktykar in their season debut.