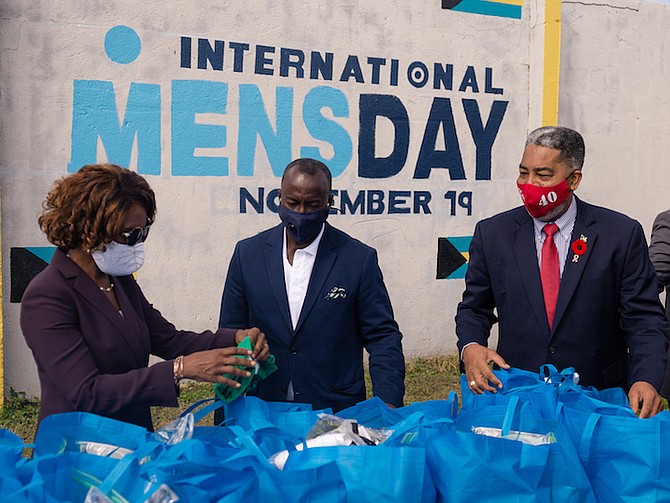 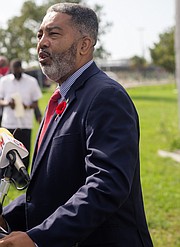 A MURAL was unveiled yesterday at the Thomas A Robinson National Stadium in observance of International Men’s Day.

This is the third year that men’s day has been observed in The Bahamas and despite the pandemic, officials expressed determination to commemorate the moment again.

Social Services Minister Frankie Campbell told reporters this was an opportunity to celebrate the positivity of men, the unsung heroes who on a daily basis give advice and support to some young men in their local communities.

The day comes after a fatal shooting of a man on Tuesday night and the murders of many other young men. Mr Campbell highlighted the Department of Corrections’ population is a majority of men.

The minister said in order for people’s behaviour to change there must be a change in mindset.

Patricia Minnis, wife of Prime Minister Hubert Minnis, also spoke and recognised the need for initiatives for men and women.

Mrs Minnis said: “I have been focusing mainly on women and girls and so with this initiative from the United Nations I decided to engage and focus on adolescent boys as well because a lot of my work is in the school and so many times when I go there the young men are like ‘Oh why we can’t be a part of this’.”

In deciding on how to have engagement with young men, the Simpson Penn Boys School came to mind thus the idea came for some care packages.

“We have some socks and undershirts, deodorant and you know all things that young men in that institution will need to know that though they’re there, there’s somebody outside who cares about them.”

I hope they have mechanisms in place to protect boys from predators. These men's organizations while having very positive missions have also had very public scandals with sexual abuse of young men.

Haven't seen any male heroes lately, especially not in This Counry!

Why do we have to have all of these days? What is the point of this womens day, mens day, orangutans day garbage. Why can't people live their lives without looking for attention every second?