Insight: Chantal Is Just Like Many Bahamian Women. She Had Simple Goals In Life - Study Hard, Find A Good Job, Meet A Nice Guy And Settle Down. 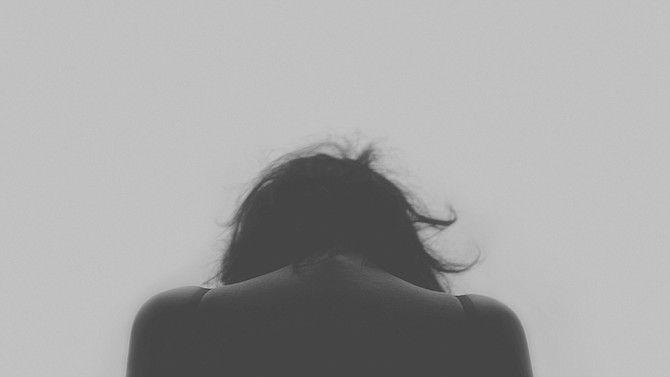 I met D when I was a student at College of The Bahamas. Both of us were doing evening classes because we worked during the day. Since we were both in the business department, we had more than one class together the semester we met. We got to know each other when we were in the same group for a project. I saw he was very smart and he was always friendly toward me.

Our group was meeting on weekends so we ended up spending a lot of time. D used to give me rides to the meetings because I didn’t have a car. It was a lot of flirting, but nothing too serious. I think he asked me out once or twice, but I was busy. Around the end of the semester, he called and said, “Look here, you like me and I like you, so stop playing.” He had that way where he never really asked me to do something. He just said it.

We went out during the Christmas break, but things got hectic when classes started again. That’s when he wanted to lock me down, like he was trying to make sure I wasn’t going out with anyone else. I thought once we said we were together it would have been fine and he would be more comfortable, but he got more pushy.

He was showing up at my job to see if I was there. He was coming smiling and everything was like a joke. Even when he asked if any other men were hanging around there, he was laughing and the staff was laughing too. My coworkers liked him because they thought it was so cute how he was always checking on me.

Around exam time, I didn’t want to go out as much. I had a lot to do and I couldn’t focus with him. Even when he said, “Let’s study,” it was like I had to be entertaining him. He started saying things that didn’t make sense, like I thought I was better than him or smarter than him. Sometimes he was just mean, saying I could study all day, I wasn’t going to be anything big. It was hurtful, but I didn’t want to show it. I just took it as motivation to work harder and prove him wrong.

Even though we weren’t going out as much, we were spending a lot of time together. He insisted that we take the same classes, and he used to drop me home after class. He didn’t get along too well with my daddy. Daddy used to tell him he needed to either drop me off or come inside, not sit in the car outside. After a while, D got tired of that and told me to move in with him. I wasn’t sure about it at first, but it was getting crowded at home so I decided to move. I figured I could always go back home if I wanted to.

Once we started living together, he started going from zero to 100 fast. One minute he was talking about vacation and the next thing I knew he was slamming things around because dishes were in the sink. Plenty times he told me he didn’t bring me there to lay up and read books and watch tv all day. I did my best to keep a good house and make him happy, but nothing was enough. When my grades started to drop, he really started roughing me up. He would shake me or break stuff. He said I already wasn’t helping enough with bills, couldn’t keep house to save my life, and now I was going to school for no reason. It went right back to that talk about me never making something better of myself.

The first time he punched me, I was brushing my teeth and he wanted to get in the bathroom to get ready for work. I missed midterms that week because I didn’t want to show up with a swollen face, so I just didn’t go back. After that, he was hitting me more. He was blaming me for everything that went wrong. It went on for over a year. I went to the police once or twice, but it didn’t help. I thought I just had to suck it up. What really made me leave was when he kicked me in my stomach when I was pregnant. He was carrying on bad and said the baby probably wasn’t his.

I couldn’t go back home pregnant and not married. I had to save up to get a place without him knowing, so I used to give most of my tips to my friend. It took months to save up enough. When I found a place, my friend helped me pack while D was at work. He showed up at my work so much, I had to tell everyone there that he was abusive so they could help keep him away from me.

I guess I didn’t know the difference between love and control. From the start, D was always trying to keep me too close. Nothing I did was good enough and he kept me in the house as much as he could so no one really saw me. No one knew what was going on, and I didn’t even know better until I thought he was going to kill my baby. I was so scared, I called my friend and she got me some help. I didn’t want to go to the police again, so they helped me make the plan to leave.

Anyone in this kind of situation, you have to tell someone. I wasn’t going to be able to leave on my own. Making the plan was hard and I really needed the help. I had to get counselling after all that. I was scared to date anyone for a long time after that, especially with a baby.

When she’s old enough, I’m going to tell my baby about abuse, and not just the physical kind. The kind that makes you think you deserve the physical kind when it comes. I don’t want her to ever go through that or think it’s normal.

For other people, pay attention to your friends and whoever they’re with. There are always signs and I guess the one for me was that no one ever saw me without him, and it’s not cute like people think.

My name is Joke Jack - but the following statement is no joke. The type of person she met is called a narcissist. These things (along with many others) are not taught in school. Also there is no effort by governments around the world to aid in men (or women) growing up to become one. It's like a murderer - nobody cares where they come from - we just allow them to come into existence and kill somebody then we put them in jail. It's like letting your car run out of oil, letting it burn up - then buying a new engine - makes no sense - but that's what we do in our social sphere.

EVERY single woman (and man) ought to watch ALL of the following videos and learn as much as you can about this type of individual. They are DEADLY and in some cases inflict pain worse than death. Please share this info and educate people to save lives - literally. Thanks.

Women need to make better decisions. After the beatings started, she still got pregnant for this man...........why?