The Little Changes That Can Make A Big Difference 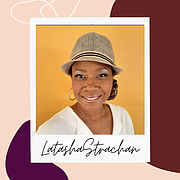 IT’S the little things that can make a difference.

That’s the view of Latasha Strachan, who has been a schoolteacher for more than 20 years, but who has now turned her talents to coaching and writng.

Md Strachan said from her childhood, she connected with the gift and desire to teach, but it wasn’t until adulthood that she used her skills to also become a professional writer.

“I was always the person that classmates would ask to analyse the text or correct an essay, but that was as far as it went. I never really thought I was a creative type, so even though people saw me as someone gifted with words, I honestly had no plans to be a writer,” she said.

“Now, I realise that writing for me is just an extension of teaching and coaching. I refer to myself as student-teacher-coach because these are the roles that I flow in all the time, and I recognise that writing is one of the primary ways that I communicate lessons to others,” said Ms Strachan.

She said her newest book venture titled The “Little” Project: Little Changes That Will Change Your Life is the result of a writing exercise that began about six years ago. She started blogging inspirational pieces and sharing them through social media and email.

“Much of what I write is inspired by scripture, so this idea came out of something I had learned from my own time of studying the Bible. I was reading the story of the Widow of Zarephath, found in 1 Kings chapter 17, and it struck me how much had changed in her life once she had a shift in perspective about her resources. According to the story she only had a little flour and oil left to prepare what she fully expected to be her last meal on earth, one that she would share with her son before giving up and dying.

“That last meal, however, became the gateway to provision and a new life of miracles when she agreed to make a meal for Elijah the prophet instead of herself. That struck me because so often when we have little left we become paralysed with fear and we certainly don’t want to do anything bold as she did,” said Ms Strachan.

She began to wonder about how many small things in her life that seemed like the last or the least, did she possess, and how many of those things could be the first step in the direction of a miracle. 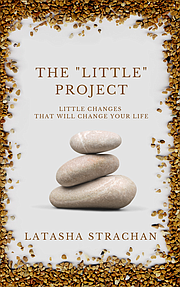 “The teacher and coach in me immediately wanted to carry people along as I explored the idea, and so I did that through an email and social media campaign. What I did not realise was that a book was emerging. I was motivated to turn the entries that I wrote for that campaign into a book, but it was several years later.

I was doing some housekeeping, cleaning out my inbox, when I came across some of the responses I got from women who responded to the campaign. It was the first time I really became conscious or aware that I was teaching others when I wrote, and that it would be good to make that content available to more people,” said Ms Strachan.

The first time author named the book The “Little” Project: Little Changes that Will Change Your Life because she wanted her readers to stop neglecting the power of doing something small in order to move life forward. Ms Strachan said a major part of coaching is creating movement, no matter how small. And the story of the Widow of Zarephath confirmed for her that people can always take action, even with what appears to be their very last.

“ It feels pretty amazing to put my own name on the cover of a book. However, it feels even more wonderful to know that I set my mind to do it. Some days I only got to edit a page, but it was still an edit, and so progress was made. I often lamented that such a small project seemed to be taking a long time to complete, but through the process I was merely living out the things I was teaching, learning to value every step.

“Everything in this book is practical and realistic. In fact, it is ridiculously simple. I never want to write something that every woman can’t learn from, so this is not a book of outrageous or difficult things. More so, I would say it’s like having a conversation with a sister who ‘gets it’ and can relate to how hard it can be to look positively at things that seem inadequate. I know what it is like to feel like the money is not enough, the time is not enough, nothing is enough and I will never get where I want to go. I’ve believed that in the past, and so I know how dangerous it is when you get stuck in that place. I have lived every page of the book, because like I say, I write as a form of teaching, and I teach what I have learned.”

With her target audience being female, Ms Strachan said the message she wants ladies to grasp is to know that even with your last few dollars, your last five minutes before bed, your last anything – it is all valuable and can be what is needed to use to open up a door to greater things.

“With God, little is much, so my message is to shift perspective, especially in this season with so much upheaval around us. If we were not in the middle of a pandemic I would have probably held a fancy book launch event, and that would be the end of it. Being able to promote and sell the book digitally, and pass it along instantly to the reader is a blessing. Technology has transformed the expectations of readers; no one wants to have to wait for a book to arrive. I happen to love bookstores, but it is a struggling industry. People want to log on, click and read. Even though it has been very different from a face-to-face book launch, I am okay with how everything has turned out so far, and I’m grateful to have the ability to keep the momentum going,” said Ms Strachan.

She told Tribune Woman she often pulls inspiration for writing, from the things she learn and experience in life. “ I don’t write about things I have not lived. Writing is just one of the ways that I am able to teach and coach others,” said Ms Strachan.

She said the feedback from readers has been wonderful. She is most delighted by people who tell her that they are connecting with her through the book.

“I’ve met new people because of the book, people who read it and felt that I was approachable, so they approached me. To me that is humbling and exciting because it tells me that as a teacher I came through in those pages and people heard me. The most encouraging feedback however is when someone says they will try something from the book. That satisfies the coach in me because if the book gets someone to make a move in life, no matter how small, then that’s a win,” said Ms Strachan.

For all those interested, The “Little” Project: Little Changes That Will Change Your Life is now available exclusively through Amazon.