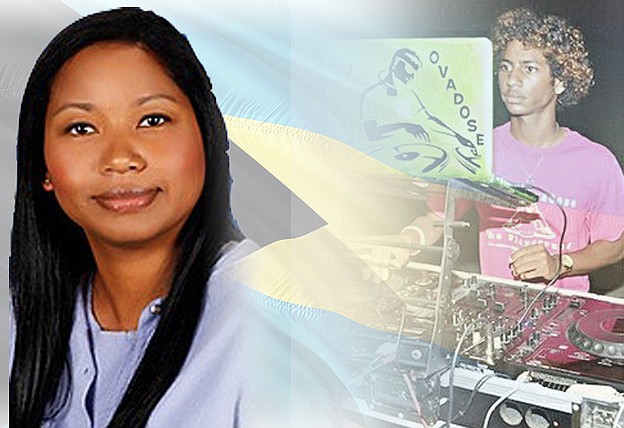 WHO are our heroes? Is it people like DJ Ovadose, above right, or Dr Nikkiah Forbes, who have gained popularity during the pandemic?

Over the past few days, there has been heated discussion about the five people recognised as national heroes. There are people who believe one or more of those people to be undeserving of the designation and there are people who have others in mind who have done more or better. Considering the recommendations and criticism, we do not have a solid definition of a national hero.

Some of the five people selected are relatively unknown. Some of them, we have only recently come to know. If we do not recognise a name or face, can the person be a national hero? Is a person a national hero by virtue of recognition?

DJ Ovadose was recognised as a national hero. It was definitely an interesting choice. When the first lockdown started, Ovadose hosted free virtual parties. People enjoyed the music and engaging one another in the comments and on social media. On a Friday night when they would normally be at a bar or club, people felt less trapped at home because there was an event they could enjoy. It definitely helped to pass time and probably relieved stress, lifted spirits, and got people to move their bodies. Even as his virtual events went on, people talked about what a great marketing move it was because when lockdown ends and things go back to “normal,” people are going to remember his name and want to book him.

Whether it was a marketing move, a way to escape his own boredom, a gift to the Bahamian people, or a combination, people learned his name, heard him play and thanked him for what he was doing. Is DJ Ovadose really a national hero?

Dr Nikkiah Forbes quickly became a household name when the Ministry of Health started holding press conferences. An infectious disease expert, it makes sense that she had the information we wanted. She did a great job of communicating with the public, portraying confidence and professionalism while speaking in a language we could understand. It was not long before there was a fan club of sorts and many members of the public did not want to hear from anyone but her. People were certain that she had the information and would be the best person to share it with us. Forbes has clearly been good at her job and her communication skills put her miles ahead of the others. Is Dr Nikkiah Forbes really a national hero?

Many of the people who were mentioned in the discussion over the weekend were people who do their jobs well. People mentioned a journalist who has done her job and built a platform for herself which some may see as an act of benevolence while others see it as a strategic career choice.

There were many mentions of healthcare workers who are putting their lives on the line every day. Some people mentioned those who are rarely thought of like cashier and gas pump attendants. The suggestions were disparate, but most of them lifted people up for doing their jobs particularly well, in a different way, or under terrible circumstances.

In some ways, it seems like an attempt to expunge ourselves of guilt from ignoring or overlooking the work of certain groups of people. Do we name them heroes to make ourselves feel better for the added risk they take on — whether by choice or out of necessity — in order to meet our needs?

Who do you consider a hero? I thought of Jensen Burrows, d’Sean Smith and Jason Burrows who rescued 100 people in Grand Bahama from their homes after Hurricane Dorian. I thought of those who did not make the news, but saved lives.

Most would agree that it is good that we are thinking outside of the pool of “nation builders” when we name heroes. The definition needed to expand. We needed to see more diversity in our list of heroes.

Perhaps, however, it is time to settle on a definition beyond admiration. What makes a hero? Is it a job well done? Is it one great act? Is it a series of smaller acts? Is it consistent work in a particular field? What distinguishes a hero from a person who earned their pay? Is intent a factor, and how do we identify it? Share your thoughts on heroes — definitions, examples, (dis)qualifications, and purpose.

Let’s see what we can come up with to help us recognise and celebrate national heroes.

We all have a role - and could do better

Another holiday weekend has come and gone with New Providence and Abaco locked down. It was announced last week Wednesday, but we could easily have predicted it.

These weekend lockdowns continue to frustrate people. It does not seem like they are particularly helpful when people are still gathering in various ways. During the weekend, while grocery stores, gas stations and pharmacies were closed, churches were allowed to open for up to one hour of services.

Yesterday morning some people returned to their places of employment and we know workplaces collectively form a hotspot. Once again, the measures do not make sense. For some people, that makes it harder to comply. It also makes it more difficult to maintain mental health because it feels like we are constantly losing in game where we do not even make the moves.

The argument continues on the blame for the spread of COVID-19. Is the the fault of the people, or is it the fault of the government or, more specifically, the competent authority? The question cannot be answered so simply.

Our current state is due to a combination of factors. The competent authority has certainly made bad decisions. Some of them made absolutely no sense. Some of them were risks that we cannot be sure were properly calculated. Some of them were not as bad as others, but required more a decision and an announcement to be effective. In many cases, facilitation and enforcement were lacking. As the months go by, it does not seem as though lessons are being learned and incorporated into the decision-making process.

Yes, personal responsibility is a major factor. We need to wear our masks, wash our hands, sanitise whenever we enter a place of business, avoid gathering in large numbers, refrain from travel as much as possible and maintain a distance of six feet from people who are not in our households.

Some of these requirements do not make sense when considered alongside the decisions made by the competent authority. Do we maintain a distance of six feet when we dine together at restaurants? Do we wear masks while eating and laughing over a meal? We can, of course, make the decision for ourselves that we will not participate in activities that increase the risk of spread. We could also refrain from consuming the food that makes us sick, stop talking about people behind their backs, take only the one allotted hour for lunch break and ensure we do not curse in the presence of children.

There are many things that we should stop doing for our benefit and the people around us, but we continue. Why is that? Is it because there is no immediate reward?

COVID-19 is not visible to us. We do not see it around us. Some people still say they do not know anyone who has been infected. Maybe people feel invincible because the virus seems so far away. Some people do not seem to be thinking about it at all. They are determined to go about their lives as normally as possible. With the exception of wearing a mask, far too many people have gone back to normal.

Many business places have stopped paying attention to the use of hand sanitiser. The dispensers are still there or someone at the door still has the container, but people are not required to use it. There are hands that have not been sanitised touching the shopping carts, products on shelves and card machines among other surfaces. Businesses with high traffic — like grocery stores — should take this more seriously. The decision has been made to ensure that people sanitize their hands before entry, but with facilitation and enforcement, that decision means nothing.

The people most concerned about COVID-19 and able to do so are staying at home as much as possible. To leave the house to be at the mercy whose practices vary greatly. There are some things some of us cannot avoid like grocery shopping and banking, but socialising in person, unnecessary shopping and going to the gym are no longer priorities.

There are those who believe we need to learn to live with the virus around us and believe that means relaxing restrictions and going back to normal as much as possible. In theory, it seems like a sensible move. The problem is we are not prepared to facilitate and enforce the practices that would make it relatively safe for us to do that. We, as individuals need to be more responsible and hold each other accountable while the government needs to revise the restrictions, present them alongside supporting data, facilitate implementation, and enforce them.

Blame is a hot potato we have been playing with for months, but as we toss it around and around, little more gets done and COVID-19 spreads at alarming rates. We can expect more of the government and be more disciplined at the same time.

Being a politician, fleecing the people , then retiring and becoming a hero

So the 5 national heroes this year are... a ZNS reporter, a SoundCloud rapper, a corrupt police officer, a high school teacher, and Dr. Nikkiah Forbes.... really???

WHAT A JOKE! The real heroes of this country will never get their credit, the only one who even deserves to be up here is Dr. Nikkiah Forbes, where are the good healthcare workers who are risking their lives as we speak, there is not one mention of the citizens of Abaco and Grand Bahama who went out in boats and tractors to save hundreds of lives during Hurricane Dorian or the ones that stayed back and are helping to rebuild. But I shouldn't be surprised, in 2018 Minnis was recognized as a National Hero even though he is by far the worst PM this country has ever come to know. There really is no hope for this country if we're calling corrupt police officers, politicians, ZNS reporters and SoundCloud rappers "National Heroes"!