'A Bittersweet Ending To Search For My Mother' 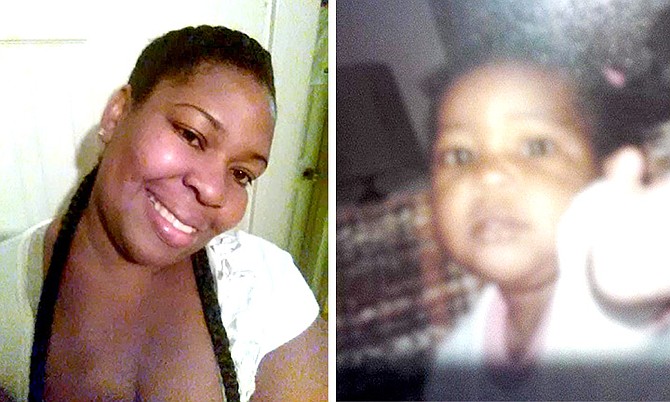 NICOLE Lightbourn, who featured in Tribune Woman last week and who has been on a quest to find her biological mother, will sadly never have that reunion she has dreamt of all her life. After going public with her story about being adopted, Nicole learnt her birth mother Laurie Brennen passed away in 2006.

Nicole, who resides in Florida, began searching recently for anyone who knew her mother or had close ties to her family.

And though the search did not end in the reunion she hoped for, Nicole feels a sense of closure and contentment with now having answers about who her mother, Laurie Brennen, was.

“Finding my birth mother was very emotional because at first, I didn’t know what to expect from the search. I asked myself a question about how I should feel if she didn’t want anything to do with me or her family. In that case, I just kept praying and then hope for best. God had his hands on me. In my search, God blessed me with getting contact with a man that help me. He called a friend to help me locate my birth mother," she said.

Nicole was born on January 15, 1984, in Princess Margaret Hospital in Nassau. From birth to the age of six, she lived in Nassau with her adopted parents. In 1991, the family moved to the US where she began school and a new life there.

While Nicole’s adopted parents did the best they could to ensure she was loved, adequately taken care of and never wanted for anything, Nicole lived feeling rejected and always wondered about her biological family.

Now that her search has ended, Nicole no longer has to wonder.

“It took not even 24 hours to find my uncle and then my oldest brother and two aunts,” she told Tribune Woman.

“My uncle helped me with my search. My brother and I instantly bonded with me. He was so happy to hear from me and so was my uncle and aunt. I felt so good."

Days later after connecting her siblings, aunt and uncle, she received a call from her cousins.

“They told me stories about my grandmother and my mother and other family members. It was sad that I didn’t get a chance to meet my mom, she passed away in 2006. The brother told me that I had another brother, we exchanged contact information and have been connected since."

Nicole also learned the she was one out of six children. But sadness came when she found out she had a sister and brother that was murdered.

“I felt really bad," she said. “But joy came in the morning. The bond with my brother got stronger. He made me feel like I was never gone. What I learned about my mother, she was a very strong woman and caring woman. She was so caring about her children that she did the best for us by giving us a second chance in our lives. We fall but is up to us to dust off and try again. That she did."

Once the COVID-19 pandemic is controlled, Nicole said, she is looking forward to meeting her newfound family.

“This journey made me feel complete and whole. I just want to thank first God for making this dream come true. Second, The Tribune for publishing my story; my birth mother Laurie Brennen for giving me a second chance in life; my adopted parents who believed in me and stood beside me though all this. The children that gave me hope. All of my family members. I want to give hope anybody who dealing with this topic because I got closure,” she said.