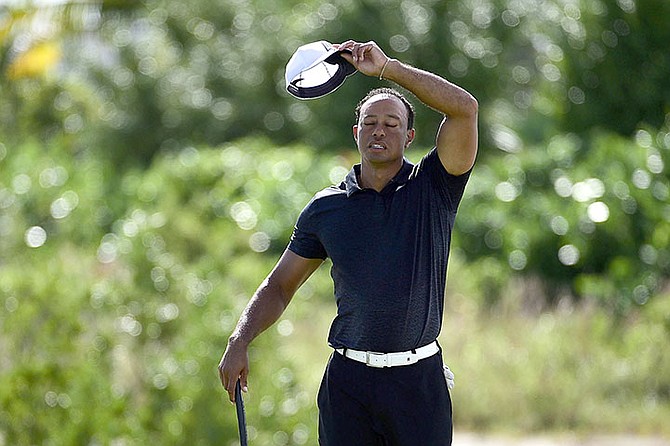 Another major event on The Bahamas’ sports tourism calendar has been cancelled due to the fallout from the COVID-19 pandemic.

Tiger Woods’ TGR Foundation officially announced that the 2020 Hero World Challenge, traditionally hosted at the Albany resort, will not be played this year, but the event looks to return in 2021. This year’s event was tentatively scheduled for December 3-6.

“Given the current global restrictions and ongoing developments resulting from COVID-19, the 2020 Hero World Challenge will not be played this year,” the organisation said in an official statement published to various social media outlets yesterday.

“This decision was made with the health and well-being of all tournament constituents and the Albany community in mind. We look forward to hosting 18 of the top players in the world and welcoming tournament guests to Albany, Bahamas next year.”

An avid vacationer to the Bahamas, Woods has been a staple on the local sports tourism scene since the inception of the Bahamas’ version of the event in 2015. The Tiger Woods Foundation has been the event’s primary charitable beneficiary, along with the Tavistock Foundation and Bahamas Youth Foundation.

Past champions in the event have included Bubba Watson, Jon Rahm, Rickie Fowler, Hideki Matsuyama and most recently, Henrik Stenson.

Stenson’s win at the 2019 event also raised funds toward Hurricane Dorian Relief through a challenge issued by the event’s title sponsor, Hero MotoCorp.

Hero MotoCorp issued a challenge to the field and pledged $500 for every birdie, $1,000 for every eagle and $2,500 for every ace with proceeds given to the One Bahamas Fund.

In September 2019, Woods also partnered with singer/actor Justin Timberlake, Nexus, RBC and Albany Bahamas to establish the ONE Bahamas Fund to aid the rebuilding efforts in Abaco and Grand Bahama.

In the days following Dorian, the group also donated $6 million toward the various stakeholders in the recovery.

The week of festivities began last year with a new addition, the inaugural “Hero Shot at Baha Mar” - won by Woods, followed by the pre-tournament Pro-Am and the main event.

The Hero World Challenge is a four-round, 72-hole stroke play event with a $3.5 million purse, a $1 million winner’s prize and Official World Golf Ranking points awarded. It features 18 of the top golfers on the PGA Tour.

Minnis and D'Aguilar please take note: Tourists are not coming to The Bahamas anytime soon.

They know this already. It's a game to appear to do something. What they will do is increase the number of injections. We do know Bahamians will travel, some of whom will return infected. Also, the trickle of tourists to come in will have some hits in terms of infection and this will add to our problem.

We've got a real life version of "Dumb and Dumber" playing out with the PM and the Minister of Tourism.