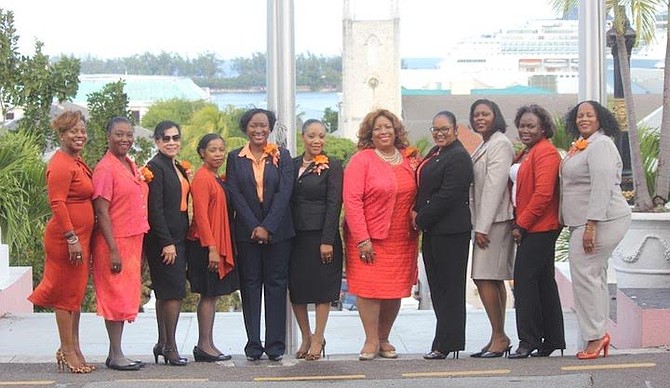 MEMBERS of the Zonta Clubs of The Bahamas pictured last year taking their message of ending violence against women and girls to the Upper and Lower House of The Bahamas. Governor General C A Smith, Prime Minister Dr Hubert Minnis, and Senators and parliamentarian all heard from Zontians about the importance of eradicating violence in the country. 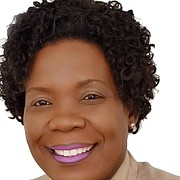 Standing against the recent spike in domestic violence incidences in the country, the Zonta Club of New Providence is readying to launch a campaign to “Stop Violence against Women, Girls and Children”.

Kicking off in November, the ‘16-Days of Activism’ initiative will work to bring awareness to the issues facing women and children in the nation and around the world. The organisation, in collaboration with other local women’s associations, will advocate for domestic violence laws to be strengthened and given priority in the development of GBV (Gender-Based Violence) legislation, among other goals.

“Violence against women and girls is a grave violation of human rights,” said ZCNP president Theresa Moxey-Adderley Smith. “We will continue to pursue aggressive community and legislative advocacy until we see the change that is so desperately needed. We cannot sit idly by and watch as mothers and daughters are murdered in their homes in this country and allow this feeling of hopelessness to persist for any other woman or child that may be in similar volatile situations.”

The organisation head said the death of Alicia Sawyer, 30, and her eight-year-old daughter Ednique Wallace, reportedly victims of a fatal domestic dispute in September should be a wake-up call for the country to do more in protecting its most vulnerable citizens. She said as a nation, The Bahamas needed continuous education and training to sensitize the public on gender-based violence.

“In particular, our armed agencies, NGOs, the social, educational and Christian communities need to be trained on how to identify the signs and ways to handle victims of violence and to know when a situation needs to be escalated for intervention. Innocent lives of children have been lost and we, as Zontians, are asking the nation to stand with us and say no to violence against women and girls.”

During the COVID-19 pandemic, approximately 126 (124 women and two men) reported cases in domestic violence and intimate partner violence in The Bahamas. This increase is four times higher than what was reported during 2019. Within the local communities, several children have been killed and wounded in an apparent increase in violent attacks this year.

Details about the 16-Day of Activism will be released in the upcoming weeks and the public is asked to follow the organization on social media for frequent updates. The Zonta Club of New Providence has been on the forefront of “Saying no to Violence” and does so all year round, because violence – or the pervasive threat of violence – affects women and girls every single day. Zonta International is a leader in the international campaign to end violence against women and girls.

Chairman of the Advocacy Committee Marisa D Mason-Smith called on all NGOs, churches, corporations and civil society to join in Zonta’s national campaign and to say no to violence in all its forms.

“We are working assiduously to advance the conversation on GBV legislation, education and training awareness. In particular, we are focusing on sensitivity training for our law enforcement officers, teachers… everyone to know how to deal with persons who may have challenges with domestic violence, whether they are the perpetrator or the victim. As a nation we need to be concerned about each other, because one death is just too many!”

Zonta has sought to bring awareness to the issue of violence in The Bahamas. The orange hand and orange bows you see around town are the symbols that represent activism; this is our impassioned plea; this is our call for the perpetrators to stop ruining their lives and the lives of others; this is a call for policy and legislative change that will make an impact in our communities. Stop the violence against women, children, and stop all forms of violence!