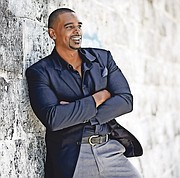 Despite what many people think I was never really a morning person. I was always one of those people who struggled to get out of bed during the week and never really got around to life until early afternoon on the weekend.

It wasn’t until I really started looking at changing my lifestyle to change my body that I entertained the idea of early morning training. I accepted the fact that if I wanted to change my body and my life, that meant changing what things I did, and how I did things. So I started my process of reconditioning myself to become one of those crazy people who wake up early in the morning to exercise.

I am not saying that the morning is the only time to train or that its even the best. The truth is you have to find out what works best for you. Look at selecting a time that you can be most consistent at because at the end of the day consistency is key.

With that said, these are some ways that I benefited from early morning training.

Its gave me more time to fit regular exercise into my day. Waking up earlier to train gave me an extra hour or two in my day, simply because I got up two hours before I would regularly get up. More time means you can get more done. Not just in health wellness and fitness, but in life.

Mental Clarity – I found that I was able to focus more once I got to the other task of the day. The clarity of mind really did making me more efficient with everything else that I did.

Better Mood – Training in the morning automatically put me in a better mood. I guess its because I felt that I already accomplished something important for me. Studies do show that early morning training releases endorphins in the brain though.

Cooler Temperature – This may sound silly but I cant take heat. So jogging or even going out to the gym was more pleasant simply because it was cooler. The sun wasn’t up and the world hadn’t started with its craziness yet. There is a cool calming peace and stillness early in the morning.

That’s why I became a morning person!

If you would like help navigating this or any part of your health wellness and fitness journey, feel free to reach out to me directly.

Not to mention the joy of seeing the sunrise.