Face To Face: Delores Still Takes Centre Stage In The Story Of Our Performing Arts 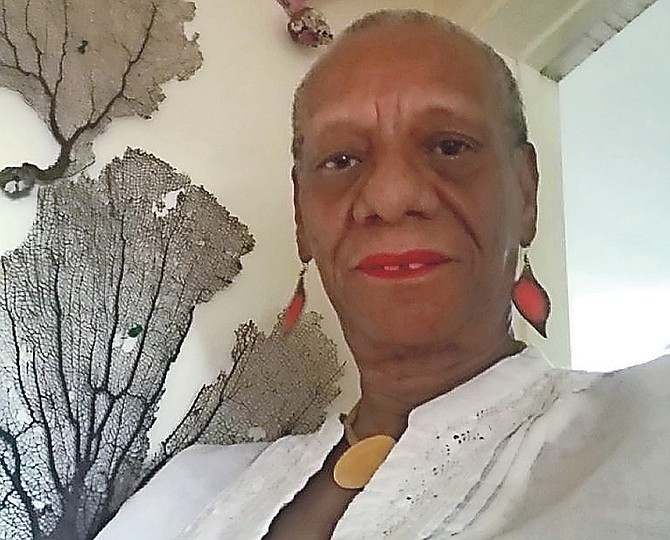 A jubilant personality and an effervescent spirit, Delores “Red” Archer-Adderley has been committed to the promotion of Bahamian culture and art - specifically performing arts - for decades. She is the manager of the Dundas Centre for the Performing Arts, and like curators of theatres and museums all around the world, she is fighting for its survival in the midst of the global pandemic.

Since March, the doors of the Dundas have remain shut. No songs can be heard bellowing through its halls; no lights strobing across the stage; no actors and set crew bustling about and no throngs of patrons filling the seats. The theatre still costs $1000 a month to maintain even though it’s closed. And without income coming in, Delores fears for its future. 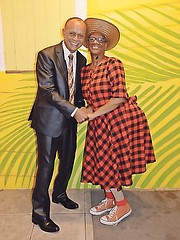 “We are hoping that they will allow us to operate soon with at least half capacity, because our bills keep growing. We are thankful for Urban Renewal... they have been keeping the grounds clean and only recently stopped.

“We have an initiative called ‘Tin Ferl’ which offers food in our outdoor courts. When we started it, it was catching on well. Vendors with a variety of foods would have their tents, some offering breakfast, some lunch and dinner. People enjoyed coming for food and appreciated the ambience of the Dundas grounds. But even that has been affected by the lockdowns. We have to see what happens as things open up now.”

Delores’ work at the Dundas is a labour of love. Without government funding, she and other workers will not have income until shows are held at the centre once again. The building meanwhile has suffered a break-in and has also been vandalized. 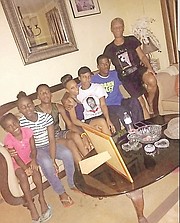 She said: “The community has to understand that the Dundas is theirs. We depend on you, the people. It’s yours! Take care of it. It is a treasure and we want it to be there for the next generation.”

Her love affair with the Dundas began in 1992, upon the invite of Philip Burrows, playwright and director, well known for creating some of the country’s best productions. She met Philip while working on the Quincentennial Celebrations of Christopher Columbus’ landing. A secretariat was created to pull off the historical celebration for the country, under the leadership of Executive Director Davidson Hepburn.

Delores was working at the Bahamas General Post Office at the time and was seconded to work at the secretariat. She worked in the cultural section under the late Winston Saunders, one of the biggest names in Bahamian theatre and culture. He brought together Delores with cultural greats such as Burrows, Claudette “Cookie” Allen, Patricia Bazard, Cleophas Adderley, Antonius Roberts and others. They not only pulled off spectacular cultural celebrations, but it was also a time of cultural renaissance for The Bahamas. The Bahamas National Children’s and Youth Choirs were established. So was the National Youth Orchestra and the National Art Gallery of The Bahamas (NAGB), as well as other institutions vital to the preservation of art forms with a Bahamian flair.

Delores was proud to be working in such an environment and felt comfortable working with Winston Saunders, who was her cousin. His mother, Miriam “Kiddie” Saunders made a positive impact on her life.

“When I was a child, she taught me how to speak and how to recite poetry,” she said.

“She would have me reciting and performing all over town. I performed for the YWCA (Young Women’s Christian Association), the Mother’s Club, Wesley Hall, Government High School Auditorium... I remember being in that auditorium. It was packed and I could see her standing in the back gesturing to me. I knew she was telling me to

project my voice all the way to the back of the room. The skills she taught me are with me still to this day.”

The late great Clement Bethel was her teacher at one point and he, too, ingrained cultural importance in her mind. She was also a good athlete in school, as was her siblings, Brenda, Keith, Godfrey and Beverley. Delores was good at many sports and even made the national softball team, travelling around the region to compete. This kind of upbringing made her strong in her devotion to national development.

After the quincentennial celebrations, Delores went back to her routine at the post office, where she served for 32 years before retiring at the age of 49. But the cultural bug had already bitten her, and all the performing she thought she was done with as a child came surging back into her life.

Delores with her children Estwood and Tia.

Philip asked her to join him at the Dundas; she obliged and has been involved from 1992 to today. Initially, she was assisting Philip and Nicolette Bethel with their productions. At the time, my sister’s godmother and a mentor of mine, Betty Knowles was managing the Dundas. Her passion for it was well known. When she died in 2014, Delores took over as manager while Philip is the artistic director and chairman of the Dundas.

Philip and Nicolette (as executive director) established Ringplay productions and Shakespeare in Paradise, which helped keep the spirit of theatre alive in the country. Delores not only helped to facilitate productions, but she even performed from time to time. Other members of this fine ensemble include: David Burrows, Carrie Collins, Skeebo Roberts, Claudette Allen, Aaron Knowles, Patrice Francis, Giovanna Hepburn, and Marcel Sherman.

Much-anticipated productions were held during the repertoire season from January to May. During that time, they built up a strong audience base, which included students who were bussed in to enjoy the matinee shows. Their folklore performances kept students in touch with their roots, and the Shakespeare performances were right in line with their syllabus.

They also attracted international performing artists from around the United States and the region, including countries like Guyana and Jamaica. Popularity called for performances at other venues, such as NAGB. For three years now, the group has produced “Short Tales” - ten skits each ten minutes in length. The public gets a chance to submit the skits, and the best ten are chosen. Today, they are considering new ways of reaching the fans who look forward to their performances.

In her professional and civic involvements, Delores has always been a committed team member: “I am influenced in my way of living by my ancestors and the values, principles and structure that they displayed. Family is also important to me.”

Delores was born in a home in Chippingham and delivered by a popular midwife at the time - Lottie Tynes. Her mother Isabel Archer (née Granger) was a seamstress. Isabel’s mother, Linda Smith, lived on the island of Inagua to the age of 103. Isabel’s father was John Alfred Granger. His parents David and Catherine took Isabel when she was just three-months-old. Delores’ father was Millard Archer, better known as ‘Barney’ - a veteran hotelier whose career started at the age of 14. He was born in Marsh Harbour and his mother, Grethel, was the sister of the late great educator Enoch Pedro Roberts.

Delores spent most of her life in Chippingham and still lives there today. She attended Sands Preparatory, then Quarry Mission School, followed by Western Junior and Senior Schools. In addition to the full and exciting life she had growing up in Chippingham, Delores also spent time growing up in the East with her father’s family, the Archers. She recalls walking down Shirley Street to attend St Matthew’s Church... she is still a devout Anglican and attends Holy Spirit church today.

She recalls walking down Bay Street to see the shops and to go to Junkanoo. She also recalls fond memories of watching the neighbour Anthony Carrol make his costumes out of newspaper, sponge, banana leaf and other materials and says that she and her siblings were always around music, dance and art.

‘Out East’ was not as crowded as it is today. Founding families in that district of New Providence included names like Demerittes, Campbells, Barnetts, Roberts, Styles, Rodriguez, Whites, Bowes, Munroes and Fountains.

She was initially married to Elliott Thompson, with whom she had two children, Estwood and Tia. Her children have given her eight grandchildren and three great-grandchildren. Later on in life, she remarried Hugo Adderley and moved to Long Island, where she was instrumental in cultural events there.

She lost her son to violence right in her own yard three years ago. A year earlier, her husband took ill and died. Despite these tragedies, Delores still manages to continue to smile and try to focus on the things she can change. She believes she still has much to offer to this world, to her country and to her descendants, whom she hopes will continue to carry the torch of pride in self and in nation.