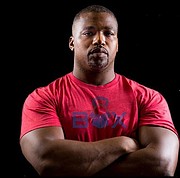 THE fitness industry, which has only operated for three weeks since March, is now at the brink of financial ruin, according to gym owner Charles Johnson.

Under COVID-19 Emergency Orders, the fitness industry was closed down in March of this year and then reopened in July for just three weeks, only to be closed down again with no word on when it will reopen.

Charles Johnson, proprietor of Out Da Box Fitness, said although stakeholders of his industry have contacted the Office of the Prime Minister about their fate, little to no word has been given to direct them.

“From March until now, I think it is most disheartening that we haven’t had any type of communication to the entire industry from the competent authority,” Mr Johnson noted. “You would think as business people, like every industry was addressed, even down to the coconut selling boys, someone could have addressed the fitness industry.

Stakeholders in the fitness industry, Mr Johnson said, want to sit down with the competent authority and come to an agreement on the way forward.

“We want to sit down with the competent authority and come to a compromise because all gyms and fitness centres don’t operate alike,” he explained. “For example, my gym is just group training. I am not a gym where you can go, pay for membership and use the equipment by yourself. I am a class based gym with 15 people per class.

“Some facilities just have personal trainers where they operate one-on-one. It seems like they have the industry under one gym umbrella, but everyone doesn’t operate alike and that’s what we want to sit down and discuss. If people would monitor the Ministry of Health press conferences, when they put up the charts and did their contact tracing, the highest piece of that pie were offices, people at home, government agencies. Gyms were not on the list, but yet, no one is telling us why we are closed. Let’s hear from the competent authority so we can plan.”

If COVID restrictions continue to be held against the fitness industry, Mr Johnson said, then the future looks very grim and “casualties” can be expected soon.

“So now we are racking up huge overhead,” he said, continuing. “You have to pay BPL, rent and some people own their facilities. Then there is the upkeep and some staff had to be laid off. On top of that you have a membership that has to be pushed back. Those are memberships that would have been utilised from January. Now you owe people memberships that have to be honoured. No doubt I will have to downsize and I have operated my facility for almost ten years.

“I operate a 3,000 square feet facility. My landlord is very gracious, but the year is almost over and we will have some casualties in the industry. This is normally the slow period in the industry, there are memberships we have to honour obviously there have not been new memberships. This is a cash flow business based on the number of people coming in and out. This is a debacle and we just want some word so people can plan whether they want to stay in business or move on.”

The Minnis administration recently relaxed some restrictions on exercise, allowing outdoor group exercise to resume during limited hours and many businesses have been allowed to resume operations under certain guidelines.

why the government has to close any business at all? If you are scared about a covid, wear a mask! if you think mask is not enough, do not go there, do not leave your house. Why is everybody treated like a child?

If you go to the gym instead of lying on the couch, won't your body be better prepared to fight Covid 19?

Every business is ESSENTIAL in these dire times.........wear your mask , wash your hands and let the people make a living !!!!

social distancing was observed, equipment was wiped off before and after use, everyone had to have a full length towel, temperatures were checked on arrival each day, hand wash stations were in place long pants and sleves were required.

I don't understand why the PM is being so difficult about gyms.