Insight: Let’S Pick Up The Pace And Get The Work Done Now: Why Are We Waiting? 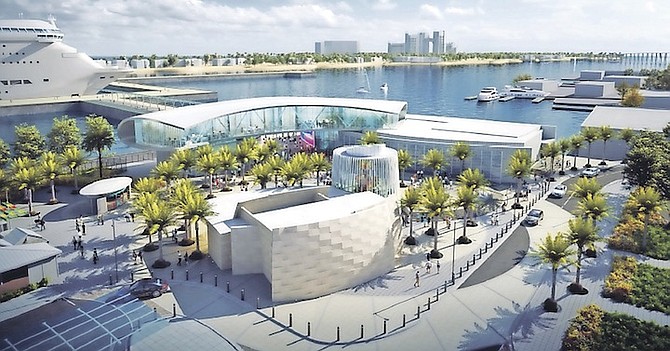 The transformation of the city of Nassau might seem slow in coming, but the work of the Downtown Nassau Partnership cannot go unnoticed. Slowly but steadily Nassau is being moved from a sleepy town into a world-classed port area for post-COVID tourists, be they here on business or vacation. The work will require a focus on culture and heritage, a physical redevelopment and a systematic effort to remake the city’s image.

“The city of Nassau has its issues, but there is little balance afforded when it comes to what was, what is and what will be,” said Ed Fields, managing director of the Downtown Nassau Partnership.

“It is never unfair to seek to improve, but it is unfair to ignore the successes. That is typically what occurs here.”

The Downtown Nassau Partnership was established in 2009 to assist with overseeing the restructuring of urban space on New Providence. This includes a social and economic transformation of the city of Nassau.

The partnership is a joint venture of the private and public sectors geared towards achieving a progressive redevelopment of Nassau. One of its goals is to develop a framework for government to legislate a self-financing business improvement district that will manage and promote the city.

If one takes a ride in all the areas between Chippingham Road to Mackey Street, one would have accessed, what was, what is now and what is to come. The Tribune took that ride and saw the good, the bad and the ugly. Some buildings are in tip top shape while others are sorely in need of attention. What was more overwhelming was the “silence” of Bay Street due to its practical closure because of the COVID-19 pandemic.

Recently, the director general, Joy Jibrilu, put forward that Downtown needed to step up to the plate in order to be ready for the re-opening of our tourism economy.

When Ed Fields was asked for his thoughts he did not hold back. Maybe he is looking for just a little bit more support from the Government of The Bahamas in pushing things forward, quicker.

“I cannot say I disagree, but with qualification,” Fields said.

“From the Hilton to East Street, except for government-owned properties, the state of properties is relatively acceptable. Take a drive around the area and there is actual charm to much of downtown. We have been maintaining Pompey Square and Rawson Square with the meagre resources we have in our coffers.

“We are working with the Nassau Cruise Port to ensure that we rejuvenate the sidewalk cleaning. Marlborough Square has been transformed from an ugly parking lot to a pedestrianised space. The government and The Pointe are actively engaged in improving drainage.”

Continuing to speak to the successes of the Partnership’s work, Fields pointed out the following.

“The Pointe is near completion. The Post Office is about to be demolished. It’s the site of the new Supreme Court. The Central Bank is not far away from commencing construction on its new headquarters, (the existing Central Bank will become a museum), the new US Embassy is under construction, the PMH renovations of the Accident and Emergency wing is near completion,” Fields said.

“A boardwalk connecting the Prince George Dock to Potters Cay is about 60 percent done and construction is ongoing, and the Nassau Cruise Port which will be the envy of the region, will spark rejuvenation of Bay Street, Woodes Rogers Wharf and the immediate area. Demolition of the buildings at the existing cruise port is 30 percent completed with Festival Place and the Port Building slated for demolition over the next several weeks.”

PLANS show the extent of the redevelopment project.

Early last year, Prime Minister Dr Hubert Minnis - while delivering contributions in the House of Assembly - confirmed that plans for the revitalisation of historic downtown Nassau were underway and will realise jobs and business opportunities for Bahamians.

The Prime Minister’s contributions were a part of a debate for a Resolution to Convey Property and Land from the Government of The Bahamas to the Central Bank of The Bahamas for the building of a new bank.

Mr Fields went on to say that plans are in the early stages for the development of the Kelly Property and it is hoped that the relaxing of building heights will spark residential development.

“These developments will change huge swathes of the city and it will result in an exciting blending of the old and the new, resulting in economic possibilities for a wide range of stakeholders, especially in the area of entertainment and culinary,” Fields noted.

“In addition, draft legislation is waiting to go before Cabinet in order to give the DNP statutory authority to manage the city and to enforce appropriate ordinances, such as garbage collection, signage, parking etc. Finally, the Downtown Nassau Partnership has engaged local law firm Higgs and Johnson to look at updating laws as they relate to loitering, vagrancy, peddling, solicitation and noise pollution, so that the sanctions are more appropriate and the penal code addressing those issues has more teeth.”

Mr Fields is touting the aforementioned as the Partnership’s successes and says what is left now is for owners - including government - to make sure their buildings are painted or cleaned. He said what is seen now is desolation as everything is boarded up.

“The building blight is glaring. We have suggested to government that they consider condemning many of the buildings between Elizabeth Avenue and Armstrong Street and placing a mandatory demolition order in place. If the owners don’t comply, then the government can create job opportunities by demolishing it themselves and placing liens on some very valuable property.

“There are one or two buildings I would have put the bulldozer to a long time ago, specifically the building that recently burnt down. It is a great opportunity to give that part of Bay Street a new look by bulldozing the blight. I call on government to do continue to be engaged in the process, but to take this time to expedite projects that will contribute to the transformation.”

Fields said the forts, the cemeteries, government buildings and public spaces will all play a significant role in turning the city to that which Bahamians want to see. As an example, he said the DNP was on the cusp of reaching a Memorandum of Understanding with the Ministry of Works for the transformation of the Clifford Park and Haynes Oval area from Chippingham Road to Marcus Bethel Way into an iconic “central park”, but somehow it came to a standstill.

Continuing, Fields said: “Not only does this clean up the area but lends to quality of life issues, but for some reason or the other it got bogged down and then Dorian came into play.

“We have got to be able to move swifter. There is no reason why the Ministry of Tourism Building on George Street, should have taken longer than Baha Mar to complete. It is still not finished.”

Concluding, Fields said he feels Bahamians should be excited about what is planned for the city of Nassau. All that’s needed is for the obstacles to be removed that prevent excellent plans from coming to fruition, he said.

Damn those taxes we pay in Grand Bahama working hard in Nassau hey? Muddos. And we still have no airport, half a hospital and no major hotels... Abaco still pretty much closed for business.

Our tax dollars at work for everyone but us...

At some point Freeport and Abaco need to ask what the benefit is in Being Bahamian islands...

What taxes?, GB been a drain on Nassau for a long time.

With all due respect Grand Bahama, you had the opportunity to do just that 47/48 years ago, but instead left Abaco high and dry holding the bag!

Woodes Rogers Walk - not wharf! Please take time to research before committing your assumptions to print! Due diligence in journalism is essential.

Hopefully the digestive track of the average Bahamian can undergo biological change which will allow it to process the too oft provided food called "plans." If we could eat plans, there would be no hunger in this country.