Candidate’s silence on his $53m fortune 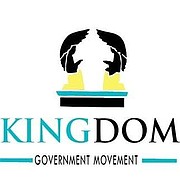 KEVIN King, the Kingdom Government Movement’s leader who is vying for the East Grand Bahama seat, yesterday evaded questions to clarify his declared net worth of $53,129,820.

The figure makes Mr King the wealthiest person on the list of election candidates according to his disclosures. He claimed his assets include $35m in securities and $8m in real estate. However, his total income is only listed as $38,500.

He listed no securities income on his declaration.

The financial declarations of candidates vying for election on September 16 were published in The Tribune yesterday.

The disclosures have renewed questions about the veracity of candidate nomination declarations after officials from the Parliamentary Registration Department and Public Disclosure Commission in 2017 said they were not responsible for verifying the data put forward by candidates, insisting that responsibility lies with other government agencies.

The Tribune contacted Mr King, who first agreed to discuss his $35m in securities.

During that phone call he said: “I can say, and I will say but let me get back to you on that because I’m at the Rand Hospital in Grand Bahama. I’m not in a place where I can discuss that, but I will call you back and we can go over it, okay?”

Several more attempts were made to contact Mr King, without success. On the last try, a woman answered the call claiming that he had gone out to campaign and the day was simply “a busy day.”

Further inquiries were made to acting Parliamentary Commissioner Lavado Duncanson about the veracity of documents filed for candidates. Mr Duncanson said it is expected that candidates fill out the forms “truthfully.”

He said: “Remember there’s a process where the applicant, the person who is nominating, basically fills out a form and it is expected that the form is filled out truthfully.

“If it’s determined otherwise then there are certain steps that take place as the process continues on.

“…There is a process that takes place along those lines where a person disqualifies themselves,” Mr Duncanson also said.

Mr King describes himself as a pioneer of natural medicine.

Court documents show he was convicted of indecent assault in 2002.

He was sentenced to imprisonment for one year. However, it was “suspended pending prosecuting of appeal”.

The appeal was dismissed, and the conviction and the sentence affirmed by Justice Dame Sawyer, who was at the time appellate court president, Justice Lorris Ganpatsingh and Justice Emmanuel Osadebay.

KGM was formed in 2018 “to uphold the preamble of the Constitution of the Bahamas, which recognises the Bahamas as a Christian Nation under the supremacy of God.”

Sir Dr. King was not specific with respect to the dollar denomination of his fortune. Clearly he must have meant either Zimbabwean or Jamaican dollars.

Irrespective of whether or not his party wins a seat in Parliament after the forthcoming elections, this learned man has to be retained as the special consultant to the Minister of Finance. The quantum of his wealth is mind boggling. And it shows a skill in accumulating wealth that we all can benefit from in our country.

...and my bet is he will be equally evasive when it's time to tell you where your 2021 VAT money gone.

Option A: He was truthful and realized after the fact that disclosing his real wealth wasn't such a good idea after all. This makes him look like a fat cat and cuts his connection to the common man. Now he's trying to back peddle. Option B: He lied to make himself look more successful but is now stuck trying to back up his numbers. Either way he got egg on his face. That's why wannabe politicians hire PR firms to smooth out such issues. Also... Kevin King -- Kingdom Government Movement -- WORST political party name EVER! Why not just call himself King Kevin while he's at it.

Apparently he hasn't learned how to use the perfectly legal instruments for hiding wealth, even from your spouse,

It cannot be that anyone can write anything and the Parliamentary Commissioner just says well, they pinky sweared it was the whole truth. The purpose of the declaration is to ensure you dont get persons with astronomical debt, you dont get beneficiaries of crime and as a check against their wealth coming out of office.

Supppse for example Dr King only has 100,000 dollars, when he comes out of office with 55million who can say anything? This is a very serious matter that must be addressed, not for Dr King who probably wont make it, but for the shyster who will.

We need to pay that Israeli guy to vet these declarations incoming and outgoing. We'll probably keep more in the treasury in the long run.

More importantly over the need to clarify about the fringe's, Kingdom Government Movement’s leader Comrade Kevin's — declared a net worth of $53+ millions — yep, — that's in the 53 millions in Sand Dollars, — Shouldn't we first brungs more clarity by reexamining the — 2017 financial disclosures — to see the who, why and how - some 50% Reds who ran successfully — 2017's parked wealths — has somehow — energized under Reds governance instruments — and in some cases by — in the many millions of we Sand Dollars, — Yes?

I don't believe I could vote for somebody who has a multimillion dollar fortune and only earns $38,500 a year. By my calculation that's a 0.07% return on investment (and that's assuming his earnings are 100% from his fortune) which is significantly less than what the worst retail bank will pay in interest. How could we the people trust somebody who makes such a miserable return on investments? I would have no faith that he could put our tax dollars to the most efficient use.

Whichever way you look at this, it lacks credibility.

You are spot on. If he really has 35 million in securities, the average dividend yield of a SP500 company is around 2 percent. On a 35 million investment that comes to around 700,000 per year - not including any capital gains. This smells like last week's conch.

maybe he included the value of the crown land he "feels" he should have as a Bahamian citizen. And when you add in all the aragonite in the ocean... it could come up to 52 mil plus change

Well, let me say it's not only the $53 mega millions Sand Dollars net worth wealth declaration. which brungs the Kingdom Government Movement, under the radar of eligible to vote — Grand Bahamalanders. — The Kingdom Movement, boosts of other candidates— now confirmed to run House seats in the 2021 election — also with well-endowed declared Sand Dollars wealth. — Yes?