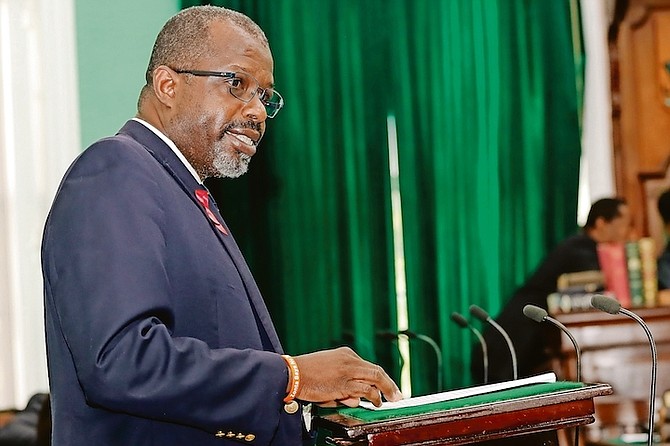 NATIONAL Security Minister Wayne Munroe has confirmed “blunt force trauma” as the cause of death of an inmate who died at the Bahamas Department of Correctional Services last month.

Given the cause of death signals the man’s death was a “homicide”, according to the minister, the Royal Bahamas Police Force is now investigating the incident.

Mikhail Miller, 29, was found dead at BDCS on Monday, November 1.

His sister, Sherine Miller, told The Tribune yesterday the family was appalled at the findings of the autopsy, insisting authorities needed to tell the family how her brother was killed at the facility.

“It was found that he died from blunt force trauma and as that would indicate homicide then, yes, the police will have interviewed the persons who were in the immediate area and they would have carried out an investigation,” the minister said when contacted. “I haven’t seen the results of it as yet.”

Mr Munroe said this raises immediate concerns. Among them is how people with mental illnesses are treated when committed to prison.

“Yes, we’ve been looking at it and it raises a number of issues,” Mr Munroe said. “The first is in terms of knowing what happens concretely in the prison, the issue of surveillance to show you exactly what happens.

“It also raises the need – since this prisoner had been referred to psychiatry – of how we are detaining and treating prisoners with mental illness and that is a matter that the Commissioner and I are discussing just about bi-weekly.”

“They get angry with you. It may prompt them to be violent towards you because they have no understanding of what you are dealing with and why you are reacting like you are reacting.

“So, that is an issue that we are actively looking at.”

The new revelation about her brother’s death has posed more questions than answers, Sherine Miller said. While the family had suspected foul play, to have it confirmed is startling, she said.

His mother added that she struggled to understand what transpired because “my son was not sick apart from the mental problems that he had.”

“Someone has to be held accountable for Mikhail’s death. We are appalled and words cannot describe what we feel,” Sherine Miller said. “We were looking for help and this is what we got at the end of the day. A dead body that came back out to us and nobody wants to tell us what is happening and how did he arrive to the situation.”

She said the family was in the process of retaining an attorney to represent them.

Mr Munroe said the situation made it evident that there needed to be a wider conversation about mental health in the country.

“. . .There will be issues with, for instance, can you force medicate somebody who has a condition that requires medication if they aren’t voluntarily compliant? That is a matter of law we’re looking at and then the other issue, of course, is how do you deal with these folks when they become noncompliant.”

The minister said there were many “horror” stories coming out of the correctional facility regarding the actions of mentally ill people there.

“I’ve been hearing all kinds of horror stories about persons in the prison who are mentally ill (and) non-compliant. They stand up in there and bathe off with their own faeces and say they’re taking a bath. So, all of these are issues that the correctional officers have to address and deal with and we have to look at how best in the institution that we have in the environments that are there. How do we address it particularly with the maximum-security prison block that has long outlived its usefulness.

“I think it was built somewhere in the 50s and so we have to address how we deal with that.”

I thought the Minister's initial touring was to identify issues and deal with them, otherwise what's the point of all this touring by ministers?

My suggestion to Munroe and his fellow cabinet members is focus on introducing meaningful economic, social and immigration policies that will help reduce the level of violent crimes.

It's common knowledge our greatly over-crowded prison at Fox Hill has been hell-on-earth for a long time now and that in order to make room for a new prisoner an existing one must be made free. Even past violent criminals often have their sentence commuted so they can be released from prison early, with many of them quickly becoming repeat offenders unless 'taken down' by members of a previous victim's family.