Accountants Brace For Surge In Insolvencies 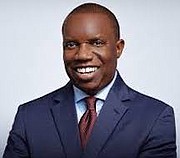 • Predict increase in 2021 second half

Bahamian accountants are bracing for “an uptick” in corporate insolvency work during the 2021 second half with companies already moving to restructure as hopes for a quick economic rebound fade.

Ed Rahming, the Intelisys (Bahamas) founder and managing director, and Philip Galanis, the HLB Galanis managing partner, both told Tribune Business they were anticipating an increase in restructuring, receivership and liquidation-type jobs as growing numbers of businesses find themselves unable to cope with the financial devastation inflicted by the COVID-19 pandemic.

“I do anticipate that. I’ve seen some of that already, and will likely see more of it,” Mr Galanis said of such work. “I think initially there will be an attempt to restructure. Companies have already approached us about how to restructure before receivers are appointed by banks and other lenders.

“I think many companies, because they see the hand writing on the wall, have voluntarily retained persons to help them restructure their business, both organisationally and financially. We are seeing an increase in both areas.”

Many Bahamian businesses are fighting for their very survival, given that the tourism recovery and wider economic rebound remain some months away at the very least. Mr Galanis suggested that their efforts, together with creditor forbearance, will likely delay any surge in liquidation and receivership work for the accounting profession until the latter months of 2021.

“We won’t see an uptick in liquidations and receiverships immediately; it’s likely in the 2021 second half,” he told this newspaper. “Hopefully people will try as best they can, and financial institutions and creditors will help companies be nursed back to good health in the first half.

“But if we don’t see an improvement in the economy, companies will probably look to receiverships and liquidations in the second half of the year. I think a lot of that is also going to coincide with the ability to access COVID-19 vaccines.

“I’d prefer to work with companies that are operating as a going concern rather than in receivership and liquidation, and where they see an opportunity to be nursed back to good health because it’s better for the shareholders, employees and the economy long-term.”

Mr Rahming backed Mr Galanis on the timing of the expected increase in insolvency and restructuring-related work, telling Tribune Business: “I haven’t seen it yet, but the expectation is that it will happen, particularly with the economy being in the state that it’s in and tourism pretty much being non-existent.

“Those businesses directly related to tourism are going to be struggling this year, no doubt about that. We do anticipate that tourism is going to struggle throughout 2021 and into 2022. Whether we see an uptick, I presume so, but that certainly hasn’t happened yet with local businesses.

Mr Rahming said many failed Bahamian businesses simply opted to close the doors rather than go the route of formal voluntary liquidation, especially given that the costs associated with this process often outweigh the benefits and sums that might be recovered.

“In The Bahamas, generally speaking, a lot of businesses just informally wind down themselves, meaning the close the door, pay who they can pay, let creditors know the situation and walk away,” he explained.

“We’re not as litigious as other jurisdictions where creditors pursue the company if it decides to liquidate or close the business. Other jurisdictions have a safety net, do it the right way, wind down and appoint a liquidator.

“In this market, creditors have to accept that if a company goes into liquidation they have to weigh the balance; whether to pursue the company that has gone into liquidation and what the recovery will be as a result,” Mr Rahming continued.

“If a company has gone into liquidation it’s likely they have very little to give you. Yet they do have the option to meet with creditors, give them what they can and close the door. It happens quite often unfortunately.”

Mr Galanis, meanwhile, said uncertainty continued to plague the Bahamian private sector due to an inability to forecast when the tourism and wider economic recovery from COVID-19 may start as major visitor markets start to roll-out their vaccination programmes.

“What I’m hearing and seeing is that a tremendous number of companies I’m involved with and aware of have seen a significant reduction in revenues,” he told this newspaper. “They’re looking at cutting back on staffing and capital improvements.

“The economy cannot grow if you do not inject money into it. Much of that is driven by the tourism sector. There’s so much uncertainty over what’s happening with tourism. That’s the prime driver of the economy. Much depends on whether banks are amenable to lending money.

“I’m looking forward to a really mixed year. There are some companies that are more resilient and able to fare better than others. The restaurant and entertainment businesses will be suffering for a period of time. We’ll not be able to see the economy restart until we put an end to the fears and reach of the pandemic.”

However, Kendrick Christie, the Crowe Bahamas accountant and partner, told Tribune Business it was “too early to tell” whether there will be an upswing in corporate insolvencies and receiverships.

“I think businesses are resilient,” he added. “Based on my understanding of what’s happening on the ground businesses are seeking to control costs, look at new avenues of revenue and different ways of being paid digitally. A lot of entities are going to be more efficient in how they manage their companies.

By the time a Bahamian is finished gnawing and sucking on chicken bones, not even a pot cake is interested in chewing on them. To Galanis I say, good luck waiting on those fat juicy local hens to liquidate. LMAO